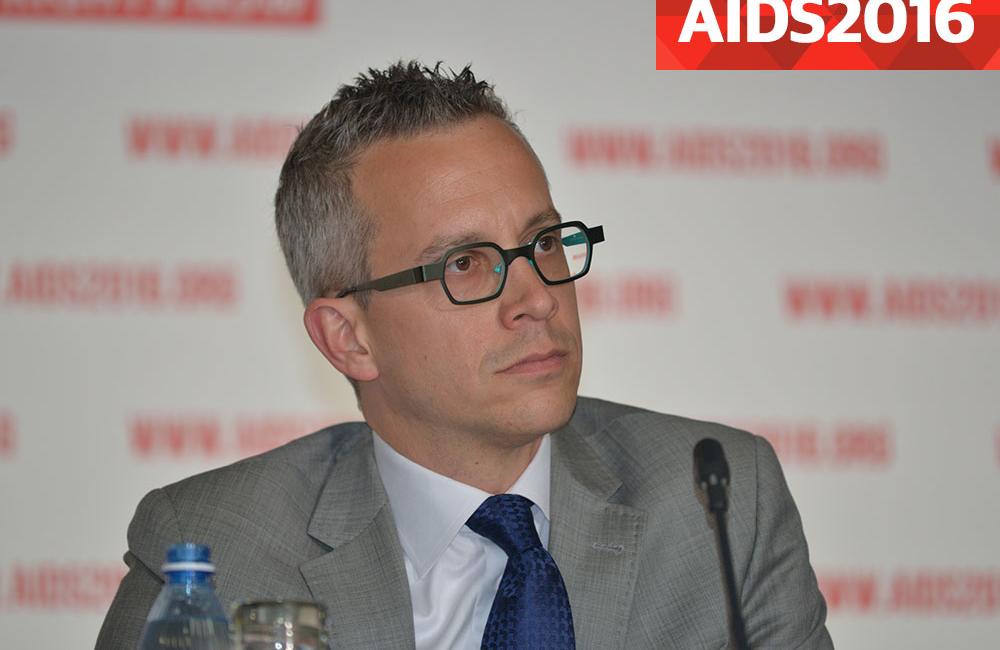 Offering Truvada pre-exposure prophylaxis (PrEP) to the HIV-negative partner in a serodiscordant couple during the first six months after the HIV-positive partner starts antiretroviral therapy (ART) can serve as a 'bridge' to provide further protection against HIV infection, researchers reported yesterday at the 21st International AIDS Conference (AIDS 2016) in Durban, South Africa.

Studies have shown that effective antiretroviral treatment dramatically reduces the risk of onward HIV transmission – a concept known as 'treatment as prevention' – and PrEP reduced the risk of infection by more than 90% if taken consistently. Putting these two highly effective approaches together may fill any gaps that can occur, for example, if a person has recently started ART and not yet achieved an undetectable viral load.

Jared Baeten of the University of Washington in Seattle presented findings from the Partners PrEP Demonstration Project, which looked at the real-world feasibility of ART plus PrEP for serodiscordant (mixed HIV status) couples in Africa.

The original Partners PrEP study, which Dr Baeten first presented at the International AIDS Society conference in 2011, randomly assigned HIV-negative partners in serodiscordant heterosexual couples in Kenya and Uganda to receive tenofovir/emtricitabine (the drugs in Truvada), tenofovir alone or a placebo. (At the time World Health Organization and country guidelines recommended ART initiation based on CD4 cell count, not for everyone diagnosed with HIV.)

The follow-up Partners PrEP Demonstration Project aimed to show whether an integrated combination of PrEP for negative partners plus ART for positive partners could further reduce the risk of HIV transmission. By the time this study started in November 2012 there was ample evidence that both PrEP and treatment as prevention were effective, so all participants received both interventions on an open-label basis (non-randomised).

The demonstration project was conducted at four centres in Kenya and Uganda that had hosted the original Partners PrEP randomised trial, but it enrolled a new cohort of 1013 serodiscordant heterosexual couples in which neither partner had ever taken antiretroviral drugs.

The median age of participants was 30 years. In two-thirds of couples the woman was the HIV-positive partner. Positive partners had a median CD4 cell count of 436 cells/mm3 and a median viral load over 37,000 copies/ml. A majority (65%) said they'd had unprotected sex in the past month.

The demonstration project selected couples based on a risk algorithm that gave scores from 1 to 10, depending on predictors of HIV risk including younger age, cohabitations rather than marriage, recent unprotected sex, male partners not being circumcised and positive partners having a high viral load; couples with a score of 5 or higher were eligible for the study.

At the 2015 Conference on Retroviruses and Opportunistic Infections (CROI), Dr Baeten reported interim results showing that two initially HIV-negative partners seroconverted. In lieu of a placebo arm, the researchers used the incidence rate in the placebo arm of the original randomised Partners PrEP trial to estimate that 40 new infections would have been expected in the absence of ART and PrEP – a risk reduction of 96%.

By this time 91% of positive partners had started ART and almost all had achieved viral suppression (< 400 copies/ml). Most (97%) of the negative partners offered PrEP accepted it. Couples used ART alone for 39% of follow-up time, PrEP alone for 20%, overlapping ART and PrEP for 33% and  neither ART nor PrEP for 7%.

By the end of follow-up four new HIV infections had occurred, compared with 83 expected without ART or PrEP, for a relative risk reduction of 95%. Protection was similar regardless of sex, age or pre-treatment viral load.

Adherence to both PrEP and ART was good during the demonstration project. Among HIV-negative partners who started PrEP and were randomly selected for drug level testing, 82% of blood samples showed detectable tenofovir.

However, none of the newly-infected individuals were actually using ART and PrEP consistently – and in fact they were in couples who used neither.

One woman had broken up with her positive partner and stopped PrEP, while a second woman had a partner who did not yet want to start treatment and she also stopped PrEP; neither woman had detectable tenofovir in her blood at the time of infection. A third woman was a sex worker who used PrEP inconsistently. The sole man who had the infection had declined PrEP and had multiple sex partners.

"In this open-label demonstration project of integrated delivery of ART and PrEP for prevention in HIV serodiscordant couples, we observed virtual elimination of incident HIV," the researchers concluded.

"Interventions like this could have a substantial effect on the HIV epidemic," Dr Baeten said at an AIDS 2016 press conference. "Both PrEP and ART are extremely important interventions that can virtually eliminate HIV transmission."