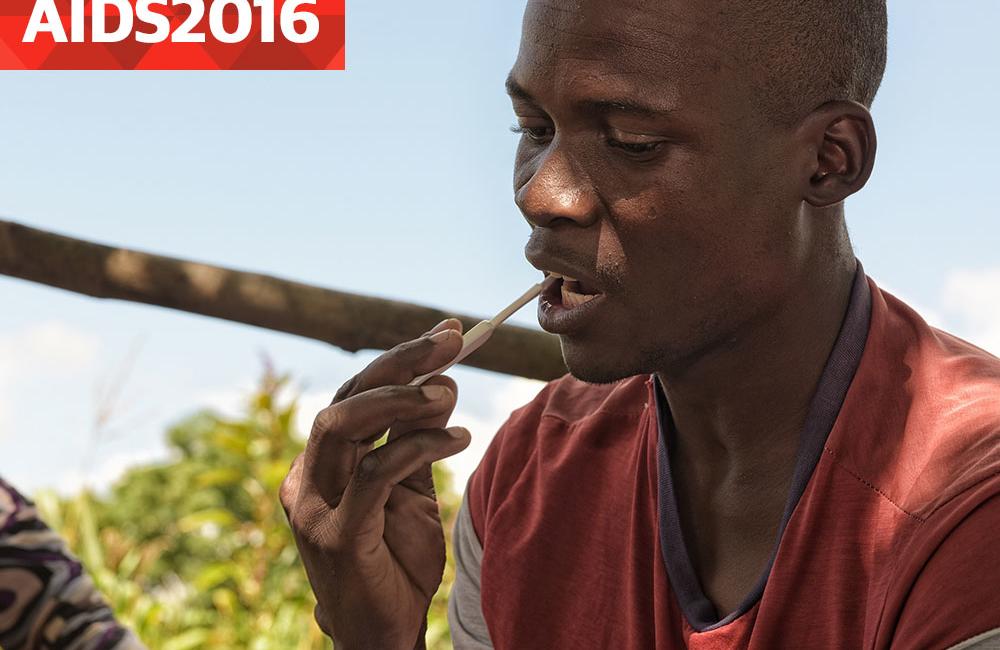 Four different HIV self-test products are now manufactured and approved for sale in the US and Europe, with a further nine in the pipeline, but uncertainties about the level of demand and the prices that will be paid are limiting manufacturers’ interest in bringing products to market.

Moreover, while self-testing may have the greatest potential in sub-Saharan Africa, the fragmented regulatory environment there could hamper scale-up in the region, Petra Stankard of Populations Services International told the 21st International AIDS Conference (AIDS 2016) in Durban, South Africa, on Wednesday.

While most studies of HIV self-testing or home-testing have focused on individuals’ willingness to test and ability to get an accurate result, it is also important to consider the capacity of industry to produce and distribute testing kits in countries where they are needed.

Self-testing has been seen as one way of expanding the opportunities for HIV testing, leading to improved rates of diagnosis.

A review of self-test products by UNITAID and the World Health Organization, released at the conference, identified four self-testing kits that are approved by regulatory authorities:

Whereas the OraQuick device uses a sample of moisture from the gums, the others require a blood sample taken from a fingerprick. While the first three are all second-generation antibody tests, the INSTI test (which only received its CE mark last week) is a more advanced third-generation test. No fourth-generation assay is available in a self-testing version.

No HIV self-test assays are licensed for sale in African countries. However devices designed for professional use and unlicensed devices are frequently sold on the informal market.

Petra Stankard outlined key findings from in-depth interviews with eleven manufacturers and 31 other stakeholders with an interest in HIV self-testing. The interviewers aimed to understand the barriers that were preventing manufacturers from bringing products to the market.

Several companies said that the level of demand for self-testing products was uncertain, making them cautious about taking projects forward:

“To be honest the investors are not going to want to invest… with the current sort of landscape because no one knows the demand for it. It’s too uncertain.”

While studies have shown self-testing to be popular in communities, the degree to which governments and donor agencies will invest in self-testing programmes is unclear. As a result companies have not invested in making substantial improvements to assays. Without demand to drive sale volumes, manufacturers do not see opportunities for the economies of scale which could reduce the price of products.

In the US and Europe, self-testing kits sold directly to the consumer cost between US$25 and US$50. When sold in bulk to public sector bodies, the price of the BioSURE test is lowered to between US$7.50 and US$15.

There is pressure on manufacturers to produce a lower-cost product for lower- and middle-income countries. Price reductions would be necessary for self-testing to be delivered at scale. But this price pressure makes self-testing a less attractive market to enter.

While there are 16 countries in the world with policies supportive of HIV self-testing, the situation is unclear in many important markets. Further, regulatory requirements are varied:

“The impression to-date has been that each country will have different requirements and different implementation processes, making it challenging for manufacturers to navigate the various political environments and product registration processes.”

A lack of clarity about regulatory requirements is discouraging manufacturers from attempting to enter new markets. They are focusing their efforts on the few countries which have the most conducive policy and regulatory environments (in Africa, this is South Africa and Kenya). In doing so, the potential market for their products may appear to be smaller than it could be.

However later this year, the World Health Organization (WHO) is expected to outline the procedures for WHO prequalification of self-test kits. This will facilitate approval of assays in countries which do not have their own regulatory agencies.

The majority of self-tests are closely based on existing products that were originally designed for use by health professionals. In many cases, improvements could be imagined which would make them more ‘user friendly’ – simplifying specimen collection, reducing the number of steps required and making the test result easier to read. In addition, an ideal test would be more accurate in cases of recent HIV infection.

“Is that [a product modification] then a change request that requires a validation or not? Those are the sort of things that get a little bit more complicated when you’re looking at changing the product to make it more user friendly.”

Many researchers and health officials are concerned about the degree to which people using self-testing or home-testing products will engage with mainstream medical services following a reactive result. Follow-up testing will be required to confirm an HIV-positive diagnosis, as well as linkage to HIV treatment services.

Some companies expressed concern that they would be required by regulatory authorities to facilitate linkage, something they did not feel equipped to do.

“I'm categorically saying to you now that manufacturers will not be in a position to do, to have anything to do with follow-up to care.”

Nonetheless UNITAID and WHO’s report suggests a number of ways that they could promote linkage, including package inserts, telephone hotlines, web-based information, online interactions with a counsellor, financial incentives and services to help a person make an appointment.

Rachel Baggaley told the meeting that the World Health Organization will issue further guidance on HIV self-testing in December.