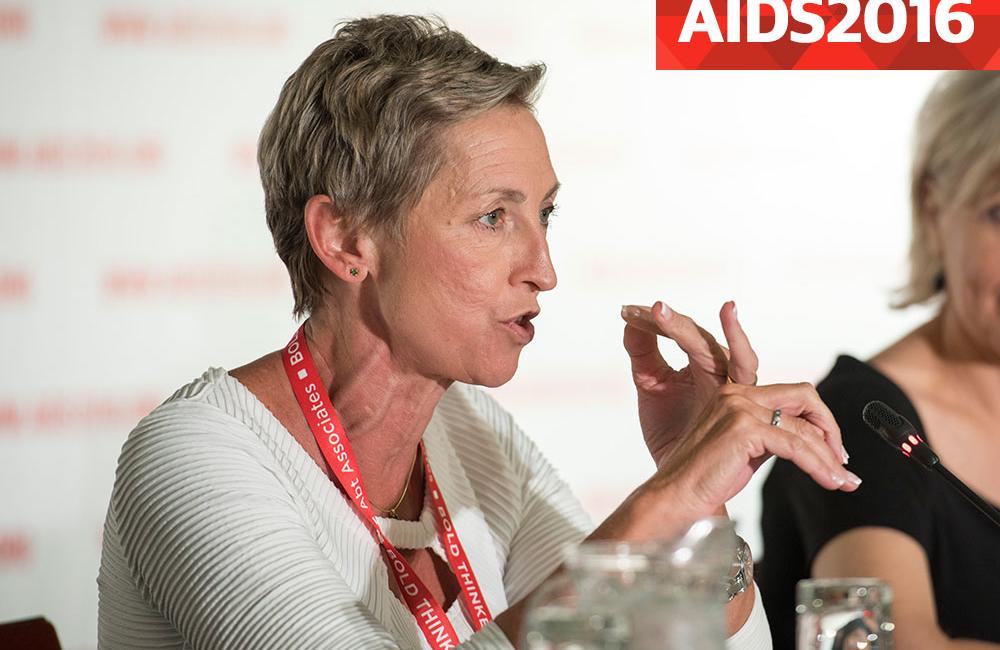 A new efficacy trial for a vaccine to prevent HIV infection – only the seventh ever conducted in the history of the epidemic – will start this November, the 21st International AIDS Conference (AIDS 2016) heard today.

The HVTN 702 study will enrol 5400 men and women in southern Africa, and is planned to last for four years. It was actually announced that it would go forward on 18 May this year because a pilot study, HVTN 100, had met the criteria for the vaccine being taken forward into the larger study. But today was the first time that researchers revealed how well it had met those criteria.

Presenter Linda-Gail Bekker of the Desmond Tutu HIV Foundation told the conference that the story of HVTN 100 goes back to 2009, when the RV144 vaccine study was the first to show signs of efficacy, with 31% fewer infections in people given vaccine than in ones given placebo.  Subsequent investigations showed that the vaccine’s effect were real and due to an unpredicted kind of immune response.

A substance that is able to produce a response from the immune system.

However RV144’s effect was very weak and tailed off rapidly over time; at the end of the first year it was 60%, but a post-hoc analysis showed that after two years it had stopped contributing any further degree of protection against HIV.

There was clearly a need for a more potent vaccine of the same type. It took a long time to develop this partly because few people had expected RV144 to be successful and partly because a decision was taken to refashion the vaccine so it was tuned to HIV subtype C, the predominant subtype found in southern Africa, rather than to subtypes B and E, the ones most common in Thailand where RV144 was conducted. HVTN 702 will be conducted in the countries where subtype C predominates, namely southern Africa up to Tanzania. It is not known if it will have cross-efficacy against other subtypes.

Like RV144, the HVTN 100 vaccine consisted of two different kinds of shot; a ‘prime’ vaccine, ALVAC, consisting of HIV subtype C components contained inside a vector, the shell of another virus, canarypox, that gets into cells but is harmless to humans; and a ‘boost’ shot of naked gp120 envelope protein from HIV, coupled with an adjuvant or chemical booster called MF 59.

The HVTN 100 vaccine was given in five doses; there are two initial shots of ALVAC a month apart, then shots of both components at months three, six and twelve. Two hundred and ten people were given the actual vaccine and 42 a placebo, and the trial was conducted at five centres in South Africa.

The HVTN 100 study is still going on; the immunogenicity results presented here only come from 6.5 months into the study, with the 12-month booster not yet given, and primary results remain blinded. However, the HVTN has met its secondary objective of passing the immunogenicity criteria that would lead to it being carried forward into HVTN 702.

These four criteria, with the actual responses, are as follows:

Criterion: The vaccine produces an antibody response to the HIV env protein in 75% of subjects.

Response: It produced an antibody response in 100% of subjects.

Criterion: The vaccine produced an antibody response to the HIV env protein that was at least 1.5 times greater than that seen in RV144.

Response: The antibody response was in fact 3.6 to 8.8 times larger than that seen in RV144, depending on the specific HIV antigen responded to.

Criterion: The vaccine produced a CD4 response to the vaccine in at least 36% of subjects’ CD4 cells, and non-inferior to RV144.

Criterion: At least 63% of subjects given vaccine show an antibody response to the V1 and V2 regions of the HIV envelope protein. This criterion is particularly important as it was this response that correlated with efficacy in RV144. The 63% was chosen as the degree of response that would predict a 50% efficacious vaccine that sustained its efficacy for at least two years.

Response: In fact there was a cumulative response to the V1 and V2 regions in over 80% of subjects.

Linda-Gail Bekker showed evidence of other immunogenicity that was not included in these original criteria, including the fact that the HVTN 100 vaccine produced nearly twice as many CD4 cells displaying ‘polyfunctionality’, a versatile immune response to HIV that predicts significant efficacy.

In short, the HVTN 100 vaccine comfortably out-performed RV144, at least in terms of immune indicators that are regarded as correlates of efficacy. However, there is no substitute in vaccine trials for actually giving it to large numbers of at-risk people and measuring how many, if any, infections it prevents. There have been disappointments before, as when the human response in the STEP trial, which closed due to lack of efficacy in 2007, did not match that predicted by animal models and did not correlate with efficacy.

We can say therefore that the signs are very promising that the HVTN 702 trial may show significant efficacy, but we have been unpleasantly surprised before, and may not know the full results for four years.