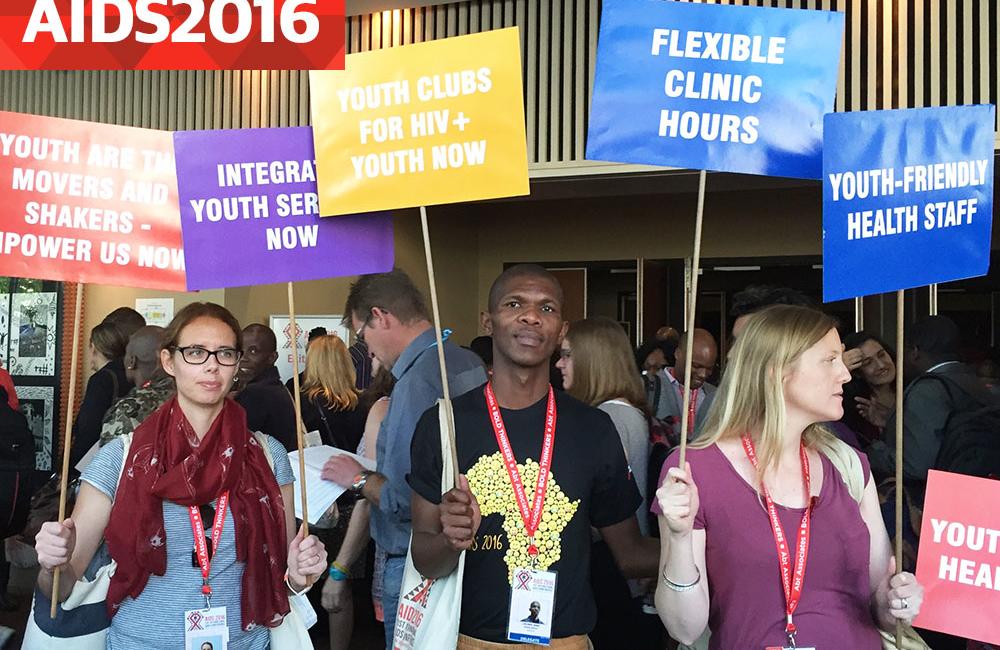 Treatment programmes in sub-Saharan Africa must prepare for a growing population of adolescents over the next few years as children born with HIV grow up and begin a transition from child health services to adult clinics, Dr Mhairi Maskew of University of Witwatersrand told participants at the 21st International AIDS Conference (AIDS 2016) in Durban on Tuesday.

South Africa in particular is beginning to experience a 'youth bulge' as the number of infants with HIV declines due to the success of efforts to eliminate mother-to-child transmission, and children who acquired HIV during the 2000s begin to reach adolescence.

HIV infections among adolescents, especially girls and young women, also remain high. Data presented by UNICEF at AIDS 2016 suggest that 29 adolescents aged 15 to 19 are infected every hour, the vast majority in sub-Saharan Africa.

Unprecedented survival rates among this population highlight the need for adult services to become more adolescent-friendly. Evidence suggests adolescents are especially vulnerable to loss to follow-up and adherence difficulties as they transition to adult care with consequent rebound of viral load. Although the South African cohort is likely to be the largest, all countries in sub-Saharan Africa with successful prevention of mother-to-child transmission (PMTCT) programmes are beginning to experience this shift in the balance of needs away from infants and towards adolescents.

As a group with a lower rate of viral suppression, adolescents are a particular priority for country programmes as they seek to increase the proportions of people living with HIV on treatment and virally suppressed.

Without large well-defined cohorts, the monitoring of adolescent treatment programmes in this context is very difficult. Adolescents are a key group for health-systems planning. However, until now in South Africa a nationally representative cohort has not been available. So treatment outcome data are rare.

The NHLS is the sole provider of laboratory testing services to public sector clinics, including CD4 cell counts and viral load testing. As such it represents a powerful database to capture a patient’s HIV care progress. Entry into care is defined as one CD4 cell count or viral load recorded for an individual in the database. Treatment initiation is measured by viral load results. Viral load is only tested in the over five year olds if they have been on treatment for six months, not before treatment.

Using a national patient cohort developed from the NHLS database Dr. Maskew and colleagues determined the size of the adolescent population on antiretroviral therapy (ART) and the proportion virologically suppressed.

Analysis of data on all public sector viral load tests and CD4 tests since 2004 of those under 20 years of age at test date was performed. The total number getting ART care in any given year was derived from the number of individuals with viral load results.

To determine shifts in age distribution of those on ART over time, data were stratified by age and year from 2004 to 2014. The proportions of those virally suppressed were assessed by age in 2014.

A total of 929,274 person-years of follow-up were analysed. Among the under five years age group, the increase in the number of children on ART was steady until 2011 after which the numbers stabilised. Children under five represented 50% of the total during the period 2004 to 2007 but probably due to the success of PMTCT programmes declined steadily, and by the time period 2012 to 2014, the proportion of under-fives had more than halved (23%).

Adherence issues among this population are multi-faceted with different needs from other groups. Transition into economic activity or a caregiving role in the household can also affect the ability to attend clinic and so affect retention in care.

Over four thousand new HIV infections are recorded among girls and young women in Sub-Saharan Africa every week. However, an expert believes that access to information about the virus can turn these numbers around.
Health-e
3 Aug 22
Support issues for children & young people

Despite the increasing availability of adolescent-friendly services, adolescents face barriers to antiretroviral treatment (ART) adherence.
Be In The Know
2 Aug 22
Diagnosing infants & children

The number of HIV tests and cases identified among children aged 1 to 14 years decreased at the start of the COVID-19 pandemic, according to research published in the U.S. Centers for Disease Control and Prevention Morbidity and Mortality Weekly Report.
Medical Xpress
19 Jul 22
More editors' picks