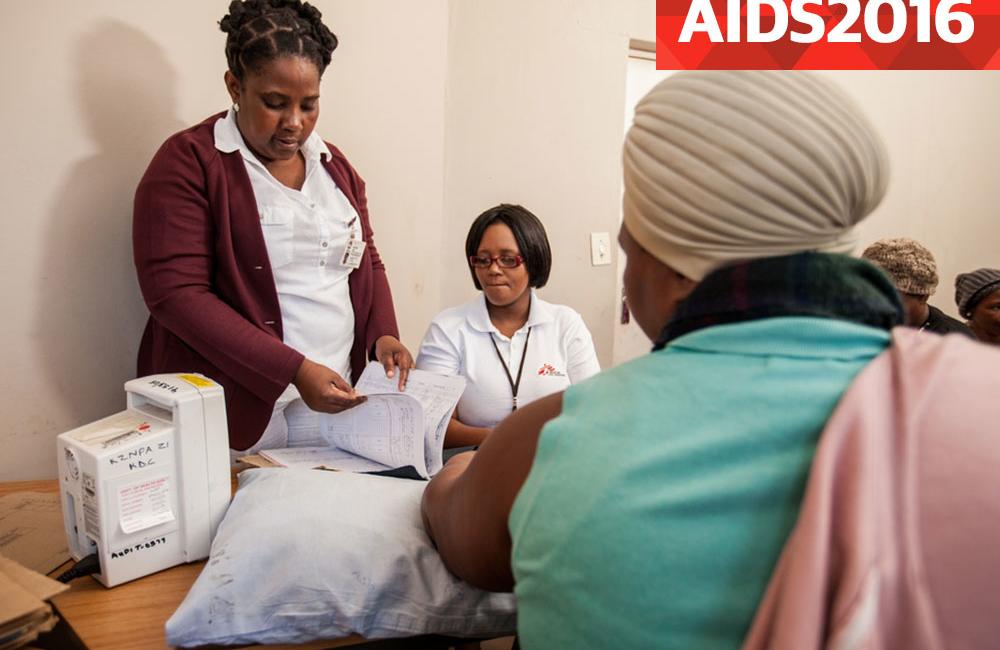 Earlier treatment initiation is not overwhelming rural health services in South Africa, but changes in treatment eligibility criteria alone may not increase the number of people on treatment substantially, and more investment will be needed in testing and linkage to care to reach treatment coverage goals, research presented this week at the 21st International AIDS Conference (AIDS 2016) shows.

The World Health Organization issued guidance in September 2015 calling for treatment for all people with HIV as soon as possible after diagnosis. The 'Treat All' guidance is now being incorporated into national policy in numerous countries; the world's largest treatment programme, in South Africa, will begin to implement the 'Treat All' recommendations from September 2016

Some have expressed anxiety regarding the impact of the new recommendations on health services, and in particular, whether the volume of new patients would crowd out sicker patients. To examine this question, Médecins sans Frontières (MSF) analysed the impact of switching from a treatment threshold of 350 CD4 cells in 2014 to a higher threshold of 500 cells, in primary health clinics in KwaZulu-Natal, South Africa.

Sarah Jane Steele of MSF South Africa reported on the impact of extending antiretroviral therapy (ART) criteria on the proportion of people initiated on ART by three months and the proportion retained in care at 12 months, comparing the periods July-December 2013 (before) and July-December 2014 (after). HIV diagnoses were similar in 2013 and 2014.

At three months there was no substantial difference in the proportion of people with CD4 cell counts below 350 initiated on treatment after the guidelines change, and the total number of ART initiations increased by only 111 people (3136 in 2013, 3247 in 2014). In 2015, however, the number of people who started treatment fell by over 600 as a result of the redeployment of lay counsellors responsible for HIV testing. As a consequence, the number of people diagnosed with HIV fell – even though the number of tests carried out in the community increased from 33,731 in 2014 to 56,183 in 2015.

MSF concluded that the change in treatment guidelines is not swamping health facilities or crowding out patients with more advanced disease.

Further research looking at the impact of increased testing activity on treatment initiation at other sites would provide useful information about the effects on health services of an expanding volume of people presenting for ART initiation.

Jacob Bor of Boston University presented results of a modelling exercise based on data generated by the Africa Centre’s Hlabisa HIV Treatment and Care Programme from August 2011 to December 2013, and national estimates of people receiving ART produced by the South African Department of Health. The analysis found that without an increase in testing activity, linkage to care or changes in the speed of treatment initiation, the likely population of people starting treatment in South Africa would increase by just 5% per year – around 164,000 new patients – increasing the total cost of ARV provision by around 5%.

He concluded that without demand generation among the community through widespread education on the benefits of treatment, a further increase in testing activity, and changes in linkage and treatment initiation, South Africa would be unable to achieve its 90-90-90 targets.

In a policy paper published today in Clinical Infectious Diseases, IDSA and HIVMA say that while barriers to ending the HIV epidemic are significant, the goal could be within reach with broad-based policy reforms at the federal, state and local levels.
HIVMA Home
18 Aug 22
Global health targets

Transgender women have the highest rate of HIV in the country, and new data shows which ones are most vulnerable to poor outcomes.
POZ
26 May 22
More editors' picks