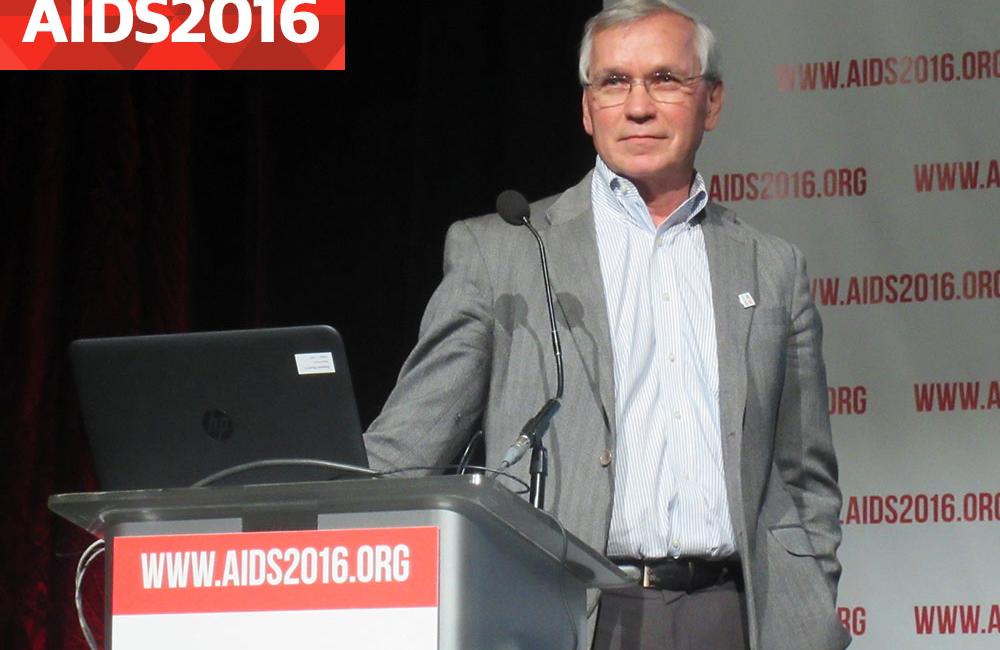 Young adults taking Truvada for pre-exposure prophylaxis (PrEP) experienced a modest decrease in bone mineral density early on, but this stabilised after a year and those who stopped taking it began to see a reversal of the decline, researchers reported last week at the 21st International AIDS Conference (AIDS 2016) in Durban, South Africa. Another study found that clinically relevant declines in kidney function among Truvada PrEP users are rare and monitoring every six months is adequate for most people.

Tenofovir disoproxil fumarate (TDF; Viread) is one of the most widely used antiretrovirals for HIV treatment and the Truvada (tenofovir/emtricitabine) co-formulation is increasingly used for HIV prevention. Tenofovir is considered generally safe and well tolerated, but it may cause a small amount of bone loss soon after starting and can lead to kidney problems in susceptible individuals.

Bone loss often occurs within the first six months after starting tenofovir. Researchers with the pivotal iPrEx trial, which enrolled mostly adult gay men, reported earlier this year that bone density largely recovers after stopping Truvada PrEP. But bone loss may be a greater concern for adolescents and young adults around the age when peak bone mass occurs, as a low peak bone level is a predictor of fracture risk later in life.

Given this concern, Craig Wilson of the University of Alabama at Birmingham and colleagues conducted a follow-up study looking at ongoing bone changes among participants in ATN 110, an open-label demonstration project evaluating the safety and feasibility of PrEP for young gay men aged 18 to 22 years in several US cities.

Sybil Hosek presented findings from the main ATN 110 study last summer. At AIDS 2016 she presented results from a companion study, ATN 113, looking at PrEP in younger men aged 15 to 17 years.

ATN 110 enrolled 200 at-risk HIV-negative young men who have sex with men, with a median age of about 20 years. They were offered PrEP using once-daily Truvada for 48 weeks.

Tenofovir drug levels were measured and kidney function was monitored throughout the main study, and dual X-ray absorptiometry (DXA) scans of the hip, spine and whole body were done at baseline and at weeks 24 and 48.

Participants who met criteria for bone loss (no increase in bone density in men under age 20 or a decrease of 1% or more in those over 20) or kidney impairment were enrolled in an extension phase to receive a year of further follow-up after stopping Truvada. More DXA scans were done at weeks 24 and 48 of the extension phase.

Kathleen Mulligan of the University of California at San Francisco reported last fall that ATN 110 participants had lower than normal bone density even at baseline and experienced modest but significant bone loss during the first 24 weeks after starting Truvada, which generally stabilised by 48 weeks. Men with protective blood levels of tenofovir experienced more bone loss than those with lower levels indicative of poor adherence.

Of the 200 young men initially enrolled in ATN 110, a total of 135 completed the 48-week visit and DXA scan. Of these, 102 met the extension criteria (one due to kidney impairment, the rest due to bone loss). Within this group 72 men discontinued PrEP and had follow-up DXA data through week 48 of the extension phase (i.e. 96 weeks since starting PrEP). In addition, 16 men with signs of bone or kidney problems who nevertheless opted to stay on Truvada were also analysed, with the exception of one who seroconverted.

As previously reported, bone density of the hip, spine and whole body decreased by a small amount within the first six months after participants started PrEP, with percentage changes similar to those seen in older populations.

Among the 15 men who chose to stay on PrEP, bone loss stabilised, with small and non-significant continued loss in hip and whole body bone density and a slight gain in spine density. While this group did not experience much further bone loss, they also did not see the gains of men who stopped Truvada.

None of the participants in the extension reported bone pain or fractures, consistent with other PrEP studies.

"While the risk of slight bone mineral density loss is counterbalanced by protection from HIV acquisition, these results highlight the continuing need for strategies to mitigate bone loss in at-risk young men who have sex with men," the investigators concluded.

Dr Wilson said more data are needed on the impact of longer exposure to Truvada on bone development in men in this age range, and also on how PrEP affects bone density in women.

The researchers are now exploring a possible study looking at the effect of supplemental vitamin D on bone health in people on PrEP. They are also trying to identify biomarkers for bone loss, as it is "not realistic" to think that everyone taking Truvada for PrEP will undergo repeated DXA scans in typical clinical practice.

Tenofovir is excreted by the kidneys and can cause renal toxicity characterised by a decline in filtering capacity. For this reason regular kidney function monitoring is recommended for people taking Truvada PrEP and people with pre-existing kidney impairment are advised not to use it.

Earlier this year at the Conference on Retroviruses and Opportunistic Infections (CROI) researchers reported on kidney impairment in three major PrEP studies: iPrEx, Partners PrEP and the US PrEP Demonstration Project.

At AIDS 2016 Renee Heffron of the University of Washington in Seattle presented findings from an analysis comparing kidney function monitoring every six months versus every three months in Partners PrEP and its associated follow-up demonstration project.

Partners PrEP was a randomised study evaluating once-daily Truvada or tenofovir alone as PrEP for HIV-negative partners in serodiscordant (mixed HIV status) heterosexual couples in African; participants had their kidney function monitored every three months. The open-label Partners PrEP Demonstration Project looked at the real-world feasibility of PrEP plus antiretroviral therapy for this population; kidney monitoring was done every six months. Both studies required people to have estimated creatinine clearance of at least 60 ml/min at baseline (higher numbers indicate better kidney function).

Partners PrEP included 4404 initially HIV-negative participants and its demonstration project included 955. In both studies about two-thirds were men and the average age was approximately 35 years. The mean creatinine level was 0.77 mg/dl, mean creatinine clearance was 110 and 116 ml/min, respectively, and 22% and 13%, respectively, were at the low end of the normal range (60-90 ml/min).

"The occurrence and pattern was not qualitatively different whether creatinine clearance monitoring was based on three-monthly or six-monthly monitoring," they added.

These findings support the recommendation in the US Centers for Disease Control and Prevention (CDC) PrEP guidelines to check creatinine clearance at least every six months, with more frequent monitoring for those with other kidney safety risk factors.

The results also suggest that less frequent testing may be adequate for a majority of people using PrEP, which would require fewer resources. Reduced creatinine clearance was "extremely rare" among people with baseline levels > 90 ml/min, age younger than age 45 years and weight above 55kg, indicating that monitoring might be targeted to people with specific risk factors, Dr Wilson said.

Since these studies were done a new tenofovir alafenamide (TAF) formulation has been approved that requires a lower dose and is easier on the bones and kidneys; it is available in a co-formulation with emtricitabine marketed as Descovy. However, TAF has not yet been adequately tested for HIV prevention in humans and it may not work as well as TDF because it produces lower drug concentrations in organs and tissues, so it should not be used as PrEP until more data are available.