World Health Organization urges more HIV testing by non-medical staff, outside of clinical settings, targeted to those who need it the most 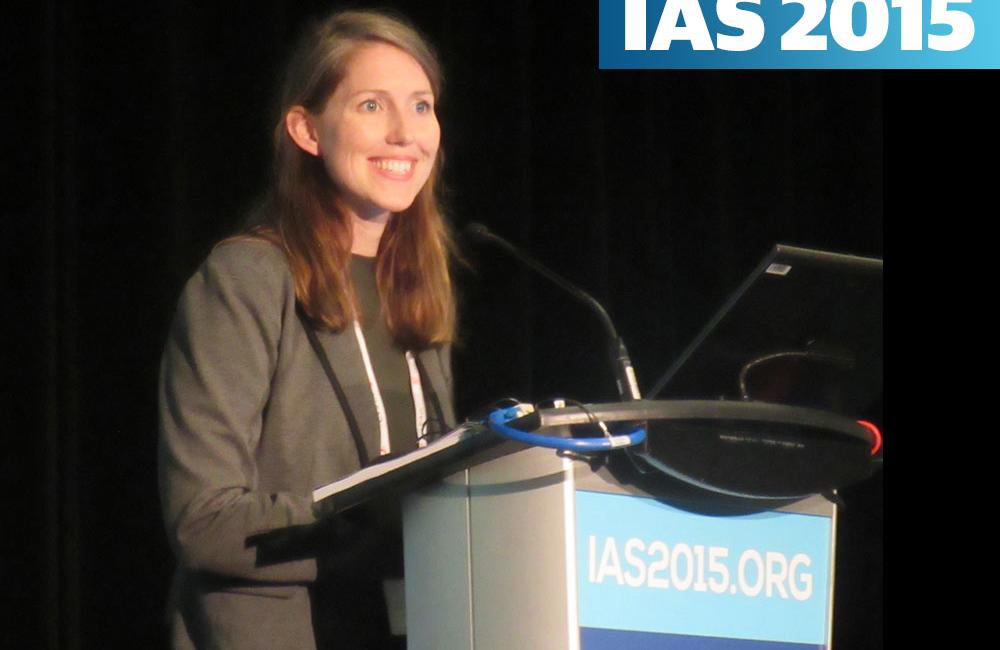 In addition to recommending that routine HIV testing in medical settings be expanded to reach new groups of patients, the World Health Organization’s new guidance on HIV testing also recommends the delivery of HIV testing by non-medical ‘lay providers’, often in community settings. The guidance urges planners to make careful, strategic choices about which HIV testing interventions will be best able to reach individuals with undiagnosed HIV. New approaches may be needed to reach key populations.

Self-testing is not yet recommended. This is because the evidence base for its effectiveness and the best ways to provide it is still emerging. But the substantial time that the World Health Organization (WHO) gave to discussing self-testing when launching their guidance at the 8th International AIDS Society Conference on HIV Pathogenesis, Treatment and Prevention (IAS 2015) in Vancouver on Sunday, suggests that the approach will have an important place in future guidance.

Improvements in HIV testing services are needed if the global targets of 90-90-90 are to be achieved. But many countries are lagging further behind on the objective of diagnosing 90% of people living with HIV than for the other two targets.

“The first 90 – diagnosis of HIV – is essential to the second 90 – initiation of ART among people with HIV – and the ultimate outcome of the third 90 – viral load suppression among people on ART,” the guidance says.

Due to HIV testing’s role within the treatment cascade, linkage to care is seen as an essential component of HIV testing services. Suggested practices include offering immediate antiretroviral therapy to people testing at home, integration of HIV testing and treatment services, transport vouchers, support from peers or lay providers, and case-management approaches. Moreover, people receiving an HIV-negative result may need linkage to HIV prevention services.

For the first time, WHO recommends a larger role for lay providers in HIV testing. Lay providers are people who have been trained to deliver specific health services but do not have a formal medical education. This is in part a response to workforce and financial shortages. But it also allows HIV testing services to be provided differently, by people who are peers of those testing. They may be able to offer culturally competent, non-judgemental and respectful support which can improve the uptake of HIV testing in key populations such as men who have sex with men, sex workers and people who inject drugs.

The guidelines recommend that lay providers be carefully selected, trained and appropriately remunerated. Many countries will need to adjust their national policies to allow lay providers to be involved in all stages of HIV testing, including collecting the specimens and delivering the result.

The guidance reviews a range of ways of providing HIV testing. This includes testing in health facilities (standalone VCT or provider-initiated testing when the client is seeking healthcare for another reason), as well as a range of community-based HIV testing services (including outreach, door to door testing in homes, national campaigns, multi-disease campaigns and workplace testing). WHO coins a new term, ‘test for triage’ to describe community-testing services which will systematically refer to other services for confirmation of what appear to be HIV-positive results.

Selecting the most appropriate interventions to provide requires careful assessment of the prevalence of HIV in different social groups, current uptake of HIV testing services, the available resources, cost-effectiveness and the preferences of people needing testing.

Rachel Baggaley of WHO noted that there is frequently a mismatch between the populations served by existing testing services and the populations with undiagnosed HIV. Due to the success of integrating HIV testing into antenatal and reproductive health services, in every region of the world a majority of those taking an HIV test are women. However in every region apart from Africa, a majority of those testing positive are men.

She re-iterated that the objective of HIV testing services is to identify and test people who are unaware of their HIV infection, and to do so as early in the course of their infection as possible. The HIV testing approaches which should be selected must be those which result in the highest proportion of HIV-positive diagnoses in priority populations.

For example, outreach to key populations may raise testing rates in people who feel excluded from mainstream health services. Programmes which encourage the sexual partners of pregnant women to come in for testing may help raise testing rates in men. Routine testing in health facilities can reach substantial numbers of people at a low cost and is appropriate where the prevalence of undiagnosed HIV remains high.

Cheryl Johnson of WHO outlined the emerging evidence on self-testing (home testing) but said that the public health response is lagging behind public demand. HIV tests designed for self-testing are already legal and commercially available in several countries, while HIV tests intended for use by health professionals are already being used by individuals in an unregulated way elsewhere. The most appropriate ways to deliver and distribute self-testing kits have not yet been defined.

“Expanding testing is probably the single most powerful game changer,” Luiz Loures, deputy executive director of UNAIDS said. “Self-testing is the fundamental direction that we should take – knowing your status is a fundamental right. We need to find a way to bring testing closer to the people who are discriminated against by health systems.”

Increasing and normalising HIV testing across the UK

"We must debunk beliefs among healthcare professionals that older adults are not sexually active or use drugs, and misconceptions among older adults that they are not at risk of HIV", says Dr Garcia Carus.
EurekAlert
8 Jul 21
Access to healthcare

The market for HIV self-tests in low and middle income countries, but has been dominated by a single affordable test. Today, Unitaid is announcing a significant market expansion and price reduction of around 50%, thanks to an agreement with Viatris (through its subsidiary Mylan), which will see blood-based HIV self-tests made available for less than $2 each in 135 eligible countries.
Unitaid
28 Apr 21
HIV testing policies & guidelines

Inquiry: Increasing and normalising HIV testing across all healthcare settings in the UK

The APPG on HIV AIDS will be conducting a root and branch look at what is happening across the UK when it comes to HIV testing – online home testing, testing in sexual health clinics and mainstreaming testing across the NHS. The inquiry will look into what works, what could be improved, and how we can ensure missed opportunities to test for HIV are a thing of the past.
All Party Parliamentary Group HIV/AIDS
11 Feb 21
More editors' picks