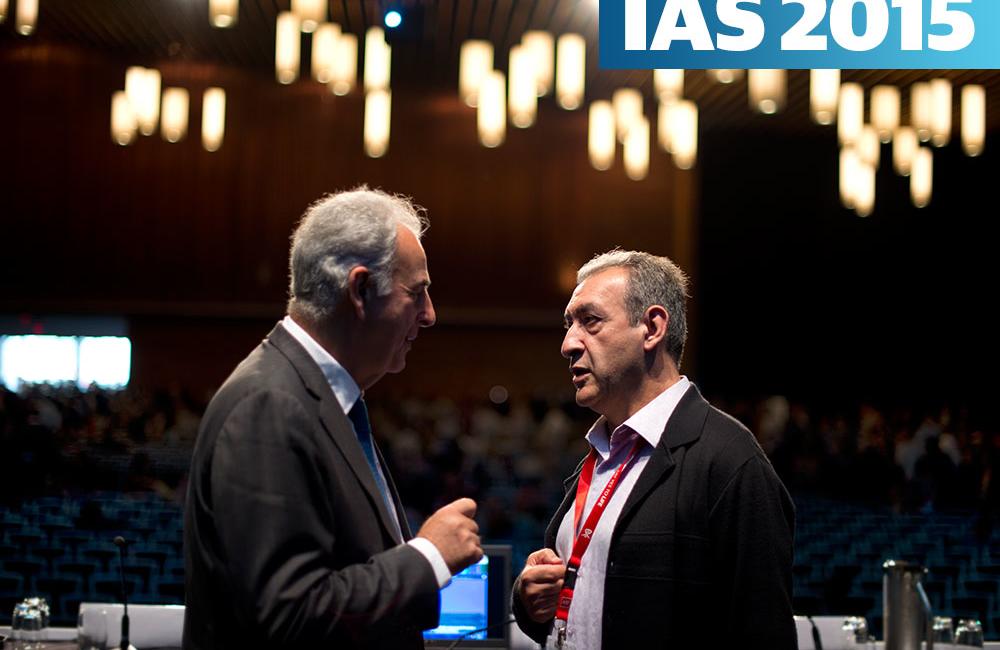 Providing opioid substitution therapy (OST) alongside antiretroviral therapy (ART) to people who inject drugs results in a significantly greater reduction in deaths compared to providing either intervention alone, a study of the Canadian province of British Columbia has shown.

The findings were presented by Dr Bohdan Nosyk and colleagues from the University of British Columbia Centre of Excellence in HIV/AIDS at the Eighth International AIDS Society Conference on HIV Pathogenesis, Treatment and Prevention (IAS 2015) in Vancouver, Canada.

Opioid substitution therapy is recommended by the World Health Organization as a core element of the harm reduction and care package that should be provided for people who inject drugs after diagnosis with HIV infection. There are big variations worldwide in access to opioid substitution therapy for people living with HIV who inject drugs: a 21-country survey, published in 2013, found average coverage of just 3% for this population.

"I don’t know of any other area of medicine where despite the evidence that the intervention works, someone says 'we’re not going to do that because I think that that is not right'." Dr Nora Volkow

Opioid substitution is resisted in many countries because of the belief that heroin addiction can only be treated by abstinence. Methadone substitution is illegal in the Russian Federation, a country with one of the most severe epidemics of HIV in people who inject drugs. Russian attitudes towards methadone are so hardened that OST programmes in Crimea were halted following Russian occupation of the region in 2014, Professor Michel Kazatchkine, UN Secretary General Special Envoy on HIV/AIDS in Eastern Europe and Central Asia, told a plenary session at the conference.

Dr Nora Volkow, director of the United States National Institute on Drug Abuse told a press conference that opioid substitution therapy “is a win-win for prevention and a win-win for treatment, but there are too many places where it’s not happening… I don’t know of any other area of medicine where despite the evidence that the intervention works, someone says 'we’re not going to do that because I think that that is not right'.”

Opioid substitution therapy may be provided in the form of daily methadone or buprenorphine, and an extended-release buprenorphine implant is being tested with the aim of winning US Food and Drug Administration (FDA) approval.

OST has the potential to minimise drug-related harm by reducing the risk of drug overdose, reducing exposure to injecting-related bacterial infections and hepatitis C, stabilising drug users in order to address other health issues and allow comprehensive treatment of drug misuse. By reducing or eliminating dependency on heroin, OST reduces illicit drug consumption and has the potential to reduce the criminalisation of drug users.

Dr Nosyk and colleagues used data from the British Columbia HIV cohort database to examine the effects of opioid substitution therapy, antiretroviral therapy or both on mortality in people who inject drugs receiving HIV care between 1996 and 2010 in the province.

The cohort comprised 1727 people who inject drugs, of whom 28.5% died during a median follow-up period of 5.1 years (9913 person-years of follow up). In the majority of cases the cause of death was HIV-related (55%) but 18% died as a result of drug use, and the remainder of other causes.

The analysis found that although exposure to OST reduced the risk of HIV-related death by 80%, it did not significantly reduce the risk of death due to drug use in most statistical analyses.

The cross-sectional study, conducted in nine HIV clinics in Ukraine in 2010, randomly sampled 296 HIV-positive people who were classified as opioid dependent. Sixty-five per cent were receiving opioid substitution therapy. Those receiving OST were significantly more likely to have hepatitis C. Those receiving OST had a significantly larger number of years of injecting drug use (12.8 years vs 8.6 years) and had spent longer in prison, on average (4 years vs 1.5 years). However, the two groups had a similar average duration since HIV diagnosis (five years).

Opioid substitution therapy was associated with lower reports of injecting in the previous 30 days and a lower number of injections if injecting drugs, significantly lower use of stimulants or multiple drugs, and vastly lower expenditure on drugs in the previous month ($10 vs $397 for those who did not receive OST).

Opioid substitution therapy was also associated with a significantly smaller number of visits to an emergency room in the previous six months, fewer HIV-related symptoms, better quality of life scores, and better self-evaluation of mental and physical health.

Among those receiving clinical care, receipt of opioid substitution therapy was associated with more recent CD4 testing, more recent testing for tuberculosis and a higher uptake of antiretroviral therapy (although this association was not statistically significant, p = 0.08).