HIV self-testing may help the 'hard to reach' learn their status, but uncertainties remain 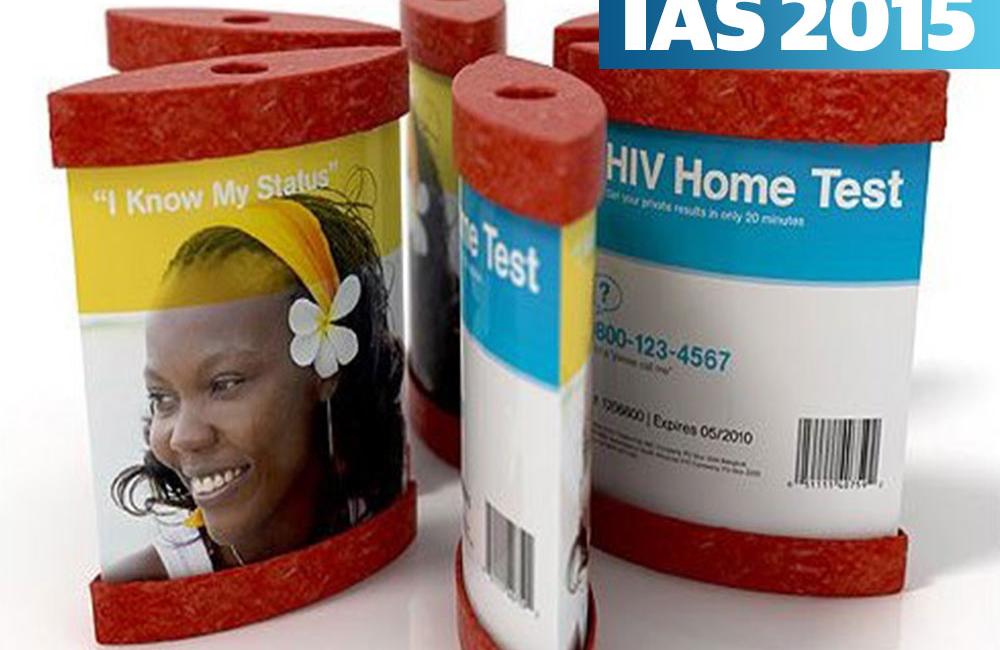 Frog Designs /iTEACH self-test packaging, KwaZulu-Natal. Image from presentation by Sheri Lippman at IAS 2015.
This article is more than 8 years old. Click here for more recent articles on this topic

HIV self-testing (or ‘home testing’) is likely to have an important place in future global HIV strategies, but at the moment there are significant gaps in the evidence base of how it may best be made available, to which populations and with what kind of support. So while the World Health Organization (WHO) has clearly signalled its enthusiasm for the approach, its new guidance on HIV testing reviews what we know so far about self-testing but does not actually recommend it.

The guidance was launched at the 8th International AIDS Society Conference on HIV Pathogenesis, Treatment and Prevention (IAS 2015) in Vancouver, Canada, last week, where several self-testing studies were also presented.

WHO defines HIV self-testing as “a process in which an individual who wants to know his or her HIV status collects a specimen, performs a test and interprets the result by him or herself, often in private”. It states that HIV self-test results can be accurate, so long as appropriately regulated test kits are used and the manufacturer’s instructions are carefully followed. But a self-test cannot itself provide an HIV diagnosis, which would require a confirmatory test at a health facility.

WHO believes that by giving people the opportunity to test discreetly and conveniently, HIV self-testing may increase the uptake of HIV testing among people not reached by other HIV testing services, including many who have never taken a test. It describes several possibilities for ways in which self-test kits could be delivered or distributed:

Taking the second or third approach, an additional option is for a health worker to be present or available while the person takes the test. They could offer support and linkage to care if needed. However, their presence could undermine the attractiveness of self-testing for people who have concerns about confidentiality, while clinic distribution is unlikely to reach people reluctant to attend health facilities.

The uncertainty about the pros and cons of the different approaches with different groups of people means that the World Health Organization is not making recommendations for the moment. But “WHO is working with collaborators to generate the evidence needed to issue recommendations and additional guidance on this topic.”

An important evidence gap relates to implementation in resource-limited settings with men who have sex with men, sex workers, people who inject drugs and other key populations. In places where pervasive social stigma and concerns about confidentiality make health services difficult to access, self-testing may have particular advantages for these groups in terms of privacy and autonomy.

But Peter MacPherson of the Liverpool School of Tropical Medicine said he was aware of 20 self-testing studies among the general population in African countries, but only of six among key populations. There are also few data on adolescents and older men, although HIV testing has low uptake in all these groups.

Harsha Thirumurthy of the University of North Carolina described a project which provided Kenyan women with self-testing kits for themselves and encouraged them to distribute extra kits to people they knew. At antenatal and postpartum clinics, women were given two extra kits, which they mostly passed on to primary partners and to female friends. Sex workers attending a drop-in centre were given four extra kits, which they mostly distributed to clients and to primary partners.

The project succeeded in helping couples to test and brought testing to men, who are generally hard to reach. Moreover, the proportion of HIV-positive results was high: 5% in tests distributed by pregnant women and 15% in tests passed on by sex workers.

While self-tests may be used alone and in private, some people choose to test in the presence of a friend or their partner. Three-quarters of the test kits distributed by the Kenyan women were used while they were in the room, with many couples testing together. This hadn’t been suggested by the researchers.

Similarly, one quarter of transgender women offered self-testing kits in San Francisco tested with someone else present. Sheri Lippman of the University of California said that the qualitative data from this project found that participants made difficult trade-offs between privacy and support. There were concerns about confidentiality and stigma when attending clinical settings, but social and emotional support remained important, hence the value of having a close friend present when testing.

This was the first ever study of self-testing in transgender women. In this highly marginalised population (many were homeless and sold sex), almost all participants said that the tests were easy to use. Two-thirds would prefer to use a self-test for their next HIV test but a price ticket above US$20 would be prohibitive.

The one key population for which there is a body of evidence on self-testing is American gay men. David Katz of the University of Washington added to this, outlining a study which randomised half a group of 230 gay men to have self-testing kits available through the mail and the other half to just have access to existing testing services. Those with access to self-testing tested for HIV more frequently, with 76% testing at least every three months (as the researchers had recommended), compared to 54% of those in the control group. There were no differences in sexual behaviour.

The largest study of self-testing so far

Funded by UNITAID, a partnership led by PSI is running the world’s largest evaluation of HIV self-testing to date. Different models of self-test distribution, both to the general population and to key populations, will be piloted in Malawi, Zambia, and Zimbabwe, with around three quarters of a million self-test kits made available. PSI has experience of applying social marketing approaches to condoms, contraceptives, insecticide-treated bed nets and other health products. Robust communication and distribution efforts help ensure wide acceptance and proper use of the products.

The pilots will generate information about how to distribute self-test products effectively, ethically and efficiently, and will answer key questions about the feasibility, acceptability and impact of the intervention. WHO will use the results to develop guidance and to support the integration of self-testing in national policies. By removing regulatory barriers and getting a better sense of the likely size of the market for HIV self-testing, the project hopes to encourage manufacturers to enter the self-test market.

It is hoped that the two-year project will help to develop the HIV self-test market and to boost access to HIV testing.