What needs to be done to make HIV self-testing a reality? 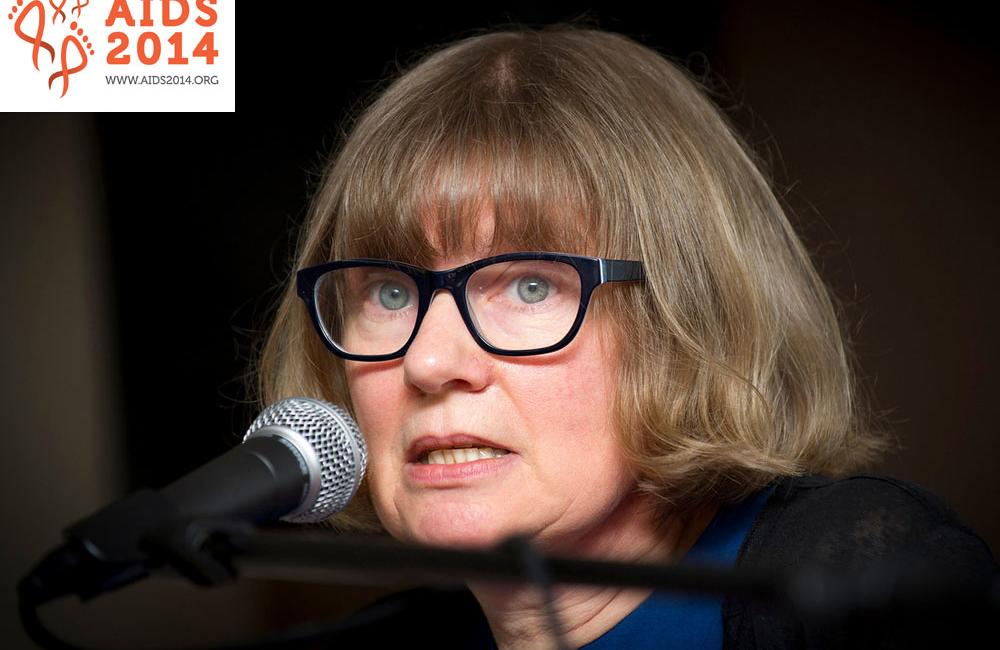 Rachel Baggaley, of the World Health Organization (WHO). Photo©International AIDS Society/Marcus Rose/Workers' Photos.
This article is more than 8 years old. Click here for more recent articles on this topic

Self-testing for HIV has great potential to broaden access to HIV testing, the 20th International AIDS Conference in Melbourne heard last week. But for self-testing to play a key role in reducing undiagnosed infection, the most appropriate models of service delivery need to be defined, systems for linkage to care need to be established, the tests themselves need to be easier to use, and national policies and regulations need to reviewed, so as to create a more attractive market for commercial manufacturers.

Rachel Baggaley of the World Health Organization (WHO) told a satellite meeting on self-testing that low coverage and uptake of traditional forms of HIV testing is one of the key challenges of the HIV epidemic today. In the face of this, she argued that it’s worth trying all possible alternative approaches to HIV testing – especially when the research so far suggests that self-testing is popular in many populations, especially among people who do not use existing testing services in health facilities.

Studies suggest that self-testing is attractive because of its convenience and immediate delivery of results. Furthermore, it is perceived to be more confidential than existing services. “People want to know their status but the problem with the current HIV testing and counselling set up is that for me to know my status someone have to know my status,” said one Kenyan informant to a study presented to the conference.

Users value the autonomy and the sense of not being dependent on healthcare workers: ”You do the test in solitude, I think that it's up to me how I accept if I found a positive result, before someone else sees me I should first counsel myself,” said a South African respondent. Users also appreciate the ability to avoid some perceived problems with existing health facilities: “I was comfortable to use it and I had enough time, I was not worried about a queue of people behind me waiting to be tested, and not being discriminated against by the person next to you,” commented an interviewee in the same study.

While WHO and UNAIDS are both giving considerable attention to self-testing and argue that it will have a place in future strategies, they also acknowledge that we currently have limited evidence. “It is essential to develop a larger evidence base on HIV self-testing to inform the development of national policy and regulations as well as WHO normative guidance,” according to a WHO position statement.

The document notes that self-testing already takes place in many countries that do not have regulations or policies on the sale, distribution or use of HIV self-testing kits. Regulatory frameworks will need to be set up; people need to be protected against mandatory or coercive testing; consent policies may need to be reviewed to ensure access for adolescents and other groups; and national testing strategies and algorithms may need to be adapted.

It’s not clear how self-testing will be made available, but WHO have begun to scope out some of the possibilities:

While the potential of self-testing to reach people who find existing health facilities inconvenient or not sufficiently confidential would seem to run counter to the idea of self testing being made available through health services, the conference heard that a majority of Kenyans surveyed suggested public health facilities as the most appropriate venues for distribution. Four-in-five of all respondents suggested these facilities, far ahead of the quarter suggesting private pharmacies or local administrative officials (such as chiefs or village elders). The main advantage mentioned for public health facilities was their geographical accessibility, as well as the fact that their services are usually free or affordable. Few respondents suggested community health workers or NGOs as distributors.

But how user friendly are HIV self-tests? Most of those in current use are modified versions of point-of-care tests which were developed with professional users in mind. Roger Peck of PATH (Program for Appropriate Technology in Health) described to the satellite meeting his recent study which video-recorded people as they attempted to use a self-testing device. (Five different kits were tested; thirty people tested each one; participants were in Kenya, Malawi and South Africa).

Errors were common. Less than a quarter of users correctly performed all steps; just under half performed multiple errors. Users found the lancets (required to prick their finger and produce a drop of blood) and oral swabbing devices difficult to use the first time. They were often frustrated with the quality of the instructions provided, finding some terminology or steps in the process unclear. “It was difficult because I couldn’t understand the word ‘‘swab,’’ I couldn’t understand what was required of me...’’ said one participant. Test results can be difficult to interpret even for health professionals, and the researchers found that while unambiguously positive or negative test results were usually correctly interpreted by their lay users, borderline results were not.

Despite all of this, a majority of participants rated each test as easy to use, over 80% felt confident doing the tests and there was a general sense of enthusiasm about the prospect of HIV self-testing.

Based on this work PATH have outlined a ‘Target Product Profile’ which describes the characteristics of an HIV self-test that manufacturers should aim for. It includes the necessity for pictorial instructions, as few steps in the process as possible, the quantity of sample needed, the manner in which results should be presented, minimum sensitivity and specificity, and other issues. The document outlines both some minimum requirements and the optimal characteristics.

And another study presented to the conference suggested that with the right user-testing and modifications, tests which are easier to use and therefore more reliable in the hands of untrained users can be developed. Krista Dong of iTEACH has also video-recorded people using self-test assays and through an iterative process put together a ‘Frankenstein’ kit which combines the elements from three different kits which are least prone to user error and able to function when instructions have not been followed precisely. The visual instructions were improved and developed with poorly educated users in KwaZulu-Natal, South Africa in mind.

When the refined test was trialled with 233 representative participants in KwaZulu-Natal, 99.1% obtained a valid result, sensitivity was 97.4%, specificity was 100%, and 97.8% correctly understood what they should do next (repeat the test in a few months if negative; attend a clinic for confirmatory testing if positive).

However this ‘Frankenstein’ test kit is not yet manufactured or commercially available. Petra Stankard of PSI (an NGO that has marketed and distributed condoms, contraceptives and other health commodities in many countries) outlined the challenges of bringing self-test kits to market.

From the point of view of a commercial manufacturer or distributor, she said there are limited incentives to enter the market as there are so many uncertainties. Although it looks as if there could be demand from end users, the size of the market is difficult to estimate, especially as most potential users are still unaware of the product and efficient distribution systems do not yet exist. We can also consider governments and donors to be the ‘consumers’ of self-testing as they may be the ones who actually pay for it. But the role of self-testing is not yet clearly described in international guidelines or national HIV strategies, it remains illegal in many countries, and regulatory processes are often unclear or complex.

In the current market, the risks for a company of being the first mover outweigh the opportunities of taking that role, she said. Policies will need to be revised and the size of potential markets will need to be established in order to stimulate growth and development, she believes.

Joseph Tucker of the University of North Carolina said that we need to think about self-testing not just in terms of the user acceptability and accuracy of a particular assay, but also as an intervention and a programme. A successful intervention might be one which – compared to other forms of HIV testing – engaged more members of key populations or first-time testers, facilitated more regular testing, or achieved good rates of linkage to care.

For the moment, the evidence of effective systems to promote confirmatory testing, linkage to care and retention in care following self-testing is limited. One key exception is a programme in Malawi which has shown that offering home-based HIV care (with nurses visiting the patient’s home to make clinical assessments and initiate antiretroviral therapy) after self testing achieved substantially better rates of linkage to care than being referred to HIV care in a health facility. WHO suggests that ways to facilitate linkage to care may include provision of good information before testing occurs, clear referral information and the availability of counselling – some of this will be easier to provide in a context of supervised or semi-supervised testing (as was the case in Malawi). Demonstrating that high rates of linkage to care can be achieved in routine practice will be key to self-testing having a public health impact.