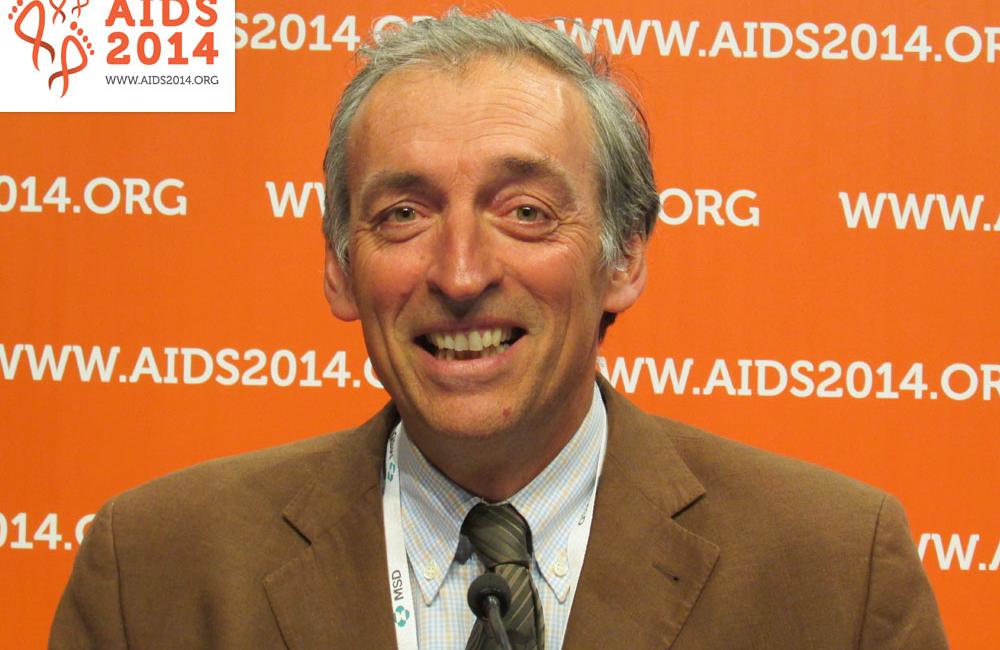 The pilot phase of a trial in South Africa that aims to treat everyone living with HIV in a community and compare the effect of this with standard treatment has found that the trial intervention is acceptable to communities. The results were presented to the 20th International AIDS Conference (AIDS 2014) in Melbourne.

However, the proportion of people who attended clinics and started treatment was somewhat lower than researchers had expected. This may indicate that people diagnosed with HIV may need more support in order to start treatment, and some audience members suggested that couples or family pre-test counselling might help.

The ANRS 12249 trial is one of a number taking place in southern Africa that aim to test the hypothesis that ‘universal test-and-treat’ programmes can, in themselves, bring down HIV incidence sufficiently to end the epidemic.

This trial is a cluster-randomised trial: what this means is that in the area of northern KwaZulu Natal where it is sited, the researchers are offering a package of home-testing, counselling and support for all participants, and have built a network of small local HIV treatment clinics, designed to be no more than 45 minutes’ walk away from any household in the community.

The area is split into 22 different communities of about 1000 people each. In eleven of them, all people will be offered HIV treatment on diagnosis; in the other eleven, they will be offered treatment in accordance with South African treatment guidelines. These currently recommend treatment for everyone with a CD4 count under 350 cells/mm3 and for some other groups including pregnant women and people with TB. (On Wednesday afternoon South Africa's Health Minister Aaron Motsoaledi announced that national treatment guidelines will be revised to permit treatment at a CD4 cell count below 500 from January 2015).

Researcher Collins Iwuji told the conference that the first phase of the trial, which tested its feasibility and acceptability, had now been concluded in an initial ten communities. The second phase, which would add in twelve more communities, would carry on till June 2016. At that point, the effect of universal testing and treatment on HIV incidence, not on those treated, but on the entire population, would be calculated.

Researchers used satellite and Google Earth to identify individual homesteads in this largely rural area and then visited each household, registered each member and offered a rapid HIV test to each person over 16.

As of 22nd May 2014, 10,006 household members had been contacted, which is over three-quarters (77.5%) of all registered residents in the area. Of these, 82% had taken an HIV test (64% of all residents) and of these 31% were diagnosed with HIV – a higher prevalence than the 24% previously documented. Over half of those diagnosed (52%) were not in care (this does not mean previously undiagnosed, just currently not attending medical care). After a repeat visit, only 5.4% of eligible household members had refused an HIV test.

Forty per cent of those who tested positive for HIV were already taking antiretroviral therapy (ART). This area has already been the centre of an intensive treatment drive that has apparently resulted in substantial drops in HIV incidence.

Initiation of ART amongst those who were not already taking it was, as principal investigator Francois Dabis commented, “Not as immediate as we thought it would be”. Roughly a third of those referred to the nearby treatment clinic attended and started ART after referral. By the end of one year this had increased to 48%. In the five areas randomised to receive immediate treatment, 55% had started ART within a year, and in those receiving treatment according to national guidelines, 39%.

However, of those who were linked to care and attended a treatment clinic, 85% of those in the immediate-treatment areas started ART (including 80% of the 56% who had a CD4 count over 350 cells/mm3 and who would otherwise have been excluded). In contrast, only 45% of those attending clinics in the areas treating according to guidelines started ART.

Why was treatment uptake slower than expected?

It will be two to three more years before it becomes clear whether this universal-test-and-treat trial results in substantial changes in HIV incidence in the community. However, Dabis commented, most results so far were in line with a model that predicted that the test-and-treat programme should produce a further 34% fall in HIV incidence in addition to the one already seen. However, the number of people offered an HIV test was somewhat below the number predicted and, as already noted, the number who took up treatment was 48% within a year rather than the 70% anticipated. Dabis said further treatment support measures were being considered for the trial’s second phase.

The test-and-treat model followed in this trial is not without critics. This presentation occurred in the same session as one from Zambia that found dramatic decreases in HIV incidence in couples that were counselled and tested for HIV together, and audience members questioned whether the shortfall in expected treatment uptake might be due to fears of rejection or violence, especially among women, if diagnosed HIV positive. Collins Iwuji commented that it was precisely because there were fears of possible domestic violence that couples were not tested together and results not shared, but one can see why fear of disclosure of HIV status might inhibit some people from taking up treatment.