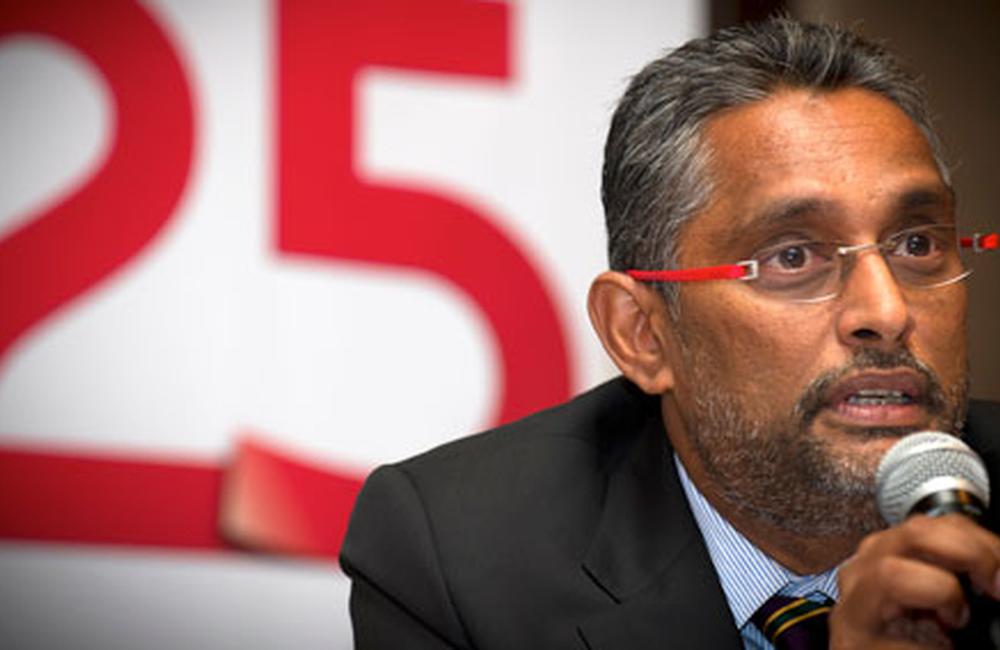 An expansion of methadone maintenance and needle exchange programmes in Malaysia, a conservative Muslim country not previously noted for its liberal policies on drug use, has already averted around 3000 HIV infections and is highly cost effective, researchers have found. However, coverage remains too low, police harassment prevents effective implementation, and broad political or public support for these controversial policies is lacking.

One reason for the International AIDS Society’s choice of Kuala Lumpur, Malaysia as the venue for its 7th Conference on HIV Pathogenesis, Treatment and Prevention (IAS 2013) was to acknowledge and applaud the country’s adoption of harm reduction programmes in 2006.

Dr S Subramaniam, the Malaysian health minister, told the conference’s opening session on Sunday that the decision was determined by the scientific evidence. “Desperate times call for bold measures and our HIV/AIDS epidemic at the time was spiralling out of control, being largely driven by injecting drug use,” he said. “We knew that clean needle exchange and methadone had worked successfully, in so many countries, in reducing new HIV infections.”

Malaysia has around 80,000 people living with an HIV diagnosis. Whereas there were around 6500 new diagnoses each year a decade ago, this figure has now dropped to around 3500. Moreover, the proportion of new diagnoses attributable to injecting drug use has fallen from around 70% a decade ago to 35% today.

Nonetheless, recent data suggest that prevalence remains as high as 18.9% in people who inject drugs, 12.6% in men who have sex with men, 5.7% in transgender people and 4.2% in female sex workers.

Although there has been a considerable expansion of harm reduction programmes since 2006, coverage remains limited.

Around one-in-four injecting drug users (44,428 individuals) are registered with methadone maintenance programmes. Just over half get methadone through general practitioners and other private sector providers. Various public sector bodies, including prison authorities, and non-governmental organisations, provide the rest.

And only one-in-five injecting drug users (34,244 individuals) are reached by needle and syringe exchange programmes. There were 45 needle drop-in centres and outreach points in 2006, rising to just under 300 in 2011, provided by non-governmental organisations or the Ministry of Health.

And while calculating coverage depends on having a good estimate of the total population, doing so for a criminalised and stigmatised behaviour such as this is extremely difficult. All such estimates are open to challenge and some people believe that the drug-using population is much larger.

Joe Amon of Human Rights Watch recently commented that, “there's rhetorical acceptance of harm reduction in many south east Asian countries, although it remains at the fringe of national anti-drugs policies.”

In Malaysia, the National Anti Drugs Agency now supports methadone maintenance therapy and is in the process of converting compulsory drug detention centres into voluntary rehabilitation centres. But it does not support or provide needle exchange.

In 1983, the country’s prime minister described drugs as the main threat to national security and strengthened what was already a punitive approach. This ethos is still largely shared by rank-and-file police officers and by the judiciary – police have targets for drug arrests to achieve and are accused of taking advantage of needle exchanges to meet those targets. Ragunath Kesavan of the Malaysian Bar Council told the conference that one barrier to further implementation of harm reduction was that the public have been told for decades that the solution to the problem of drug abuse lies in stricter laws and tougher enforcement.

“Scaling up of harm reduction programmes continue to be hampered by policies and laws that criminalise drug use,” Adeeba Kamarulzaman of the Center for Excellence for Research in AIDS at the University of Malaya, told the conference’s opening session. Just under half of Malaysia’s 37,000 prisoners are there for drug offences, most of them minor, she said.

Funding for harm reduction has mostly come from the Malaysian government, but it is not clear that there will be political commitment to funding these programmes in the long term. For that reason Malaysian scientists and international colleagues wished to demonstrate the impact and cost-effectiveness of current activities.

On Wednesday, Herliana Naning presented the results of a mathematic model which fed in epidemiological, clinical and healthcare cost data, in order to simulate the number of people acquiring HIV over time and disease progression in terms of CD4 cell count.

This showed that the programme has already averted 3100 infections, due to reductions in needle and syringe sharing as well as a decrease in the number of people who inject drugs. This is resulting in modest savings to the healthcare budget, due to fewer people requiring HIV treatment. Although the researchers did not quantify them, harm reduction is also likely to bring numerous other social and economic benefits, such as lower rates of addiction and crime, more employment and economic activity, and improvements in social relationships.

In terms of cost effectiveness, the cost per QALY (quality-adjusted life year) gained is 18,535 ringgit, which is well below the Malaysian GDP per capita of 29,915 ringgit (a little below USD 10,000). According to the World Health Organization, any intervention with a QALY cost below a country’s GDP threshold is ‘highly cost effective’.

The model showed that needle and syringe exchange, a very inexpensive intervention, was especially cost effective.

A second study, presented by Alexander Bazazi on Tuesday, aimed to estimate the difference in HIV risk behaviours that could be attributed to needle and syringe exchange programmes in the broad Kuala Lumpur urban area.

Each user of a needle and syringe exchange programme (NSEP) was matched with four other people who inject drugs. Matching and statistical adjustment was done in relation to four characteristics – recruitment site, whether the person injected every day, the number of injections a day and unstable housing.

Data came from a 2010 cross-sectional survey of 460 people who inject drugs, one third of whom were clients of a needle and syringe exchange programme. Most were men (96%) of Malay ethnicity (90%), who had been injecting for more than five years (82%). All used opioids – heroin (94%), methadone (33%) and buprenorphine (18%). Poly-drug use was common with substantial minorities using benzodiazepines, methamphetamine and alcohol.

In the past 30 days, 53% of NSEP clients had used a needle that another person had already used, but this was even higher in the adjusted figure for other users, at 85%. The researchers therefore believe that the provision of needle exchange enabled 32% of service users to avoid re-using another person’s needle (95% confidence interval 22-41%, p<0.001).

NSEP clients used a needle an average of three times before discarding it, whereas other drug users used it eleven times before throwing it away. Therefore the needle exchange prevented eight re-uses of the needle (95% confidence interval 5-16, p<0.001).

Moreover, whereas NSEP users had shared either a needle or a syringe 36 times in the previous month, other people did so 50 times – therefore the programme prevented 14 episodes of sharing (95% confidence interval 4-26, p=0.006).

At the conference’s opening session, Adeeba Kamarulzaman – who was a co-investigator on both studies – commended her government’s ‘brave’ decision to adopt harm reduction in the face of public opposition. “We now know that the decision to adopt this evidence-based approach is paying off,” she said. “Far fewer people who inject drugs are becoming infected and this programme has not only saved lives, but saved the government millions of ringgit.”

View details of the conference session, Show Me the Money: Micro and Macro Approaches, in which this abstract was presented, including some presentation slides and webcasting, on the conference website.

View details of the conference session, People Who Inject Drugs: What Works, in which this abstract was presented, including some presentation slides and webcasting, on the conference website.