Kidney problems linked to tenofovir use, improve with switch to abacavir 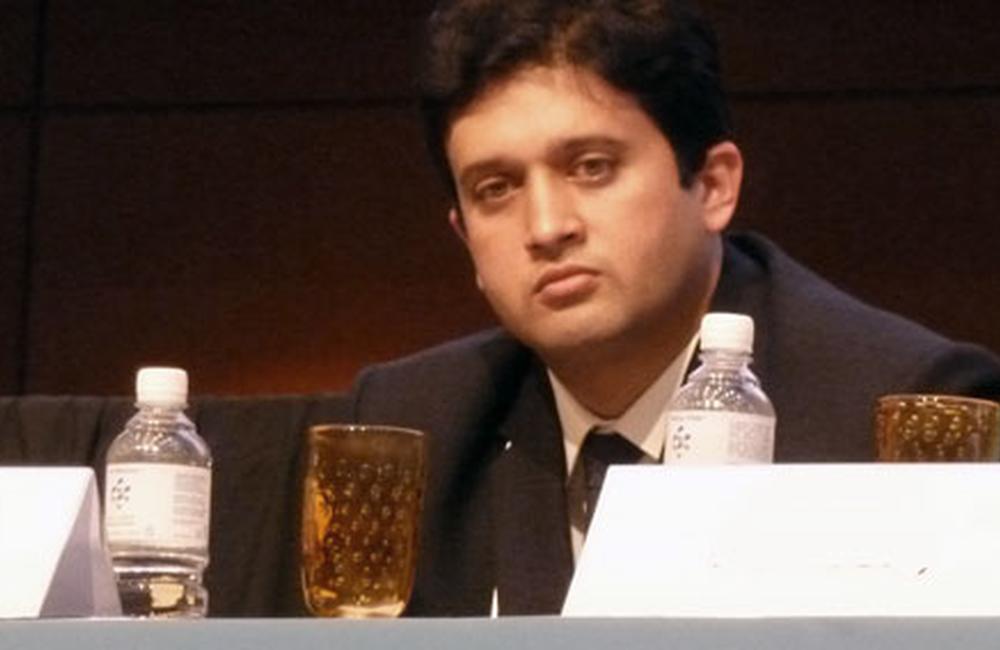 Ameet Dravid at IAS 2013. Photo by Liz Highleyman, hivandhepatitis.com.
This article is more than 8 years old. Click here for more recent articles on this topic

Indian people with HIV taking tenofovir had a higher rate of kidney impairment than westerners, according to a study presented at the 7th International AIDS Society Conference on HIV Pathogenesis, Treatment and Prevention last week in Kuala Lumpur. A related study found that switching from tenofovir to abacavir reduced kidney risk.

Tenofovir (Viread, also in the fixed-dose combinations Atripla, Eviplera and Truvada) is a component of 'preferred' first-line antiretroviral therapy (ART) in US treatment guidelines and is increasingly used in resource-limited and middle-income countries due to its good efficacy and tolerability compared with older agents such as AZT or d4T. Tenofovir can, however, cause kidney toxicity in susceptible individuals.

Most tenofovir kidney studies to date have been done in the US and Europe. Clinical trials have typically excluded people with pre-existing kidney problems and do not reflect a 'real world' population, the researchers noted as background.

The retrospective cohort analysis included 743 people seen at Ruby Hall Clinic, a tertiary HIV/AIDS clinic in Pune in western India, who started first-line therapy or switched to a regimen containing tenofovir between March 2009 and March 2013, and for whom serum creatinine and creatinine clearance data were available. They were compared with 340 clinic patients who used tenofovir-free regimens.

About two-thirds of tenofovir recipients were men and the average age was 43 years. The median baseline CD4 count was low at 168 cells/mm3. Most participants (79%) took tenofovir with non-nucleoside reverse transcriptase inhibitors (NNRTIs) while 21% did so with protease inhibitors, usually atazanavir (Reyataz).

Mean GFR at baseline among tenofovir recipients was 96 ml/min using the MDRD equation or about 90 ml/min using the Cockcroft-Gault calculation method. About 23% had GFR (by MDRD) of 60 to 90 ml/min, while just 2% had low values in the 30 to 60 ml/min range. Individuals who started tenofovir with creatinine clearance <50 ml/min were excluded, as this is a considered a contraindication. Those who fell below 60 ml/min during the first six months had their tenofovir discontinued.

In comparison, GFR fell by just 1.3 ml/min per year among individuals on tenofovir-sparing regimens – similar to the normal age-related GFR decline averaging about 1.0 ml/min/year in the HIV-negative general population.

Baseline CD4 count below 100 cells/mm3 and diabetes were significant predictors of greater GFR decline, with age over 50 falling just short of statistical significance.

Thirty-six tenofovir recipients (5%) developed acute kidney injury, defined as serum creatinine >2mg/dl, creatinine clearance falling to <50 ml/min or a GFR decrease of more than 50% from baseline. Most people (44%) did so within the first six months on tenofovir, but 19% did so after 24 months. Three of these patients (8%) required kidney dialysis and four (11%) died.

Among the 36 individuals with acute kidney injury, 18 were followed for six months after stopping tenofovir. During this period, half showed recovery of kidney function, but half developed chronic kidney disease with estimated GFR remaining at <60 ml/min; none, however, required long-term dialysis.

"Renal function decline in patients on tenofovir-based ART was much higher than [in] patients taking tenofovir-sparing ART," the researchers concluded.

They added that the 5% rate of acute kidney injury among tenofovir recipients seen in this Indian population was notably higher than the 1% rate seen in most studies done in high-income western countries. This difference could be attributable to lower baseline creatinine clearance, lower CD4 count and higher incidence of co-morbid conditions in this cohort, they suggested.

Furthermore, they continued, "management of tenofovir nephrotoxicity in resource-limited settings like India is tough due to limited access to routine laboratory monitoring, renal replacement therapy [dialysis] and alternate antiretroviral drugs like abacavir."

Switching from tenofovir to abacavir

Turning to a western setting, Silvia Guillemi of St. Paul's Hospital in Vancouver looked at kidney function changes among people who switched from a tenofovir-containing regimen to one containing abacavir.

This retrospective analysis included 225 HIV-positive adults in the British Columbia Centre for Excellence in HIV/AIDS Drug Treatment Program who switched from a suppressive regimen containing tenofovir plus either emtricitabine (the drugs in Truvada) to one containing abacavir plus 3TC (the drugs in Kivexa or Epzicom), while keeping the same third drug.

Most participants (80%) were men, the median age was 47 years and the median CD4 count was relatively high at 440 cells/mm3. A majority (56%) were taking atazanavir as their third drug, which can cause kidney stones.

Changes in these parameters were not significantly different between people who took atazanavir compared with those who used other third agents.

In people who switched from tenofovir-based to abacavir-based ART, "there was a significant improvement in renal function...without significant changes in plasma HIV RNA," the researchers concluded. "Similar trends were observed whether or not the third drug in the regimen was atazanavir."

Kidney transplant between people with HIV is safe, says US study

Initial data from a large NIH-supported clinical trial offer a detailed look at the health status of people aging with HIV around the world. With 7,770 participants enrolled in 12 countries across five continents, the Randomized Trial to Prevent Vascular Events in HIV (REPRIEVE(link is external)) is evaluating the ability of a statin medication, pitavastatin, to reduce the risk of heart disease among people with HIV. By leveraging data collected from this diverse group of study participants, researchers also are learning more about the long-term health effects of HIV.
National Institute of Allergy and Infectious Diseases
17 Aug 20
Organ transplants

People living with HIV who received kidney transplants from deceased donors with HIV had high rates of overall survival and kidney graft survival after five years, according to an observational study published online today in The New England Journal of Medicine.
EurekAlert
3 Oct 19
More editors' picks