How can most-at-risk populations be encouraged to seek HIV testing? 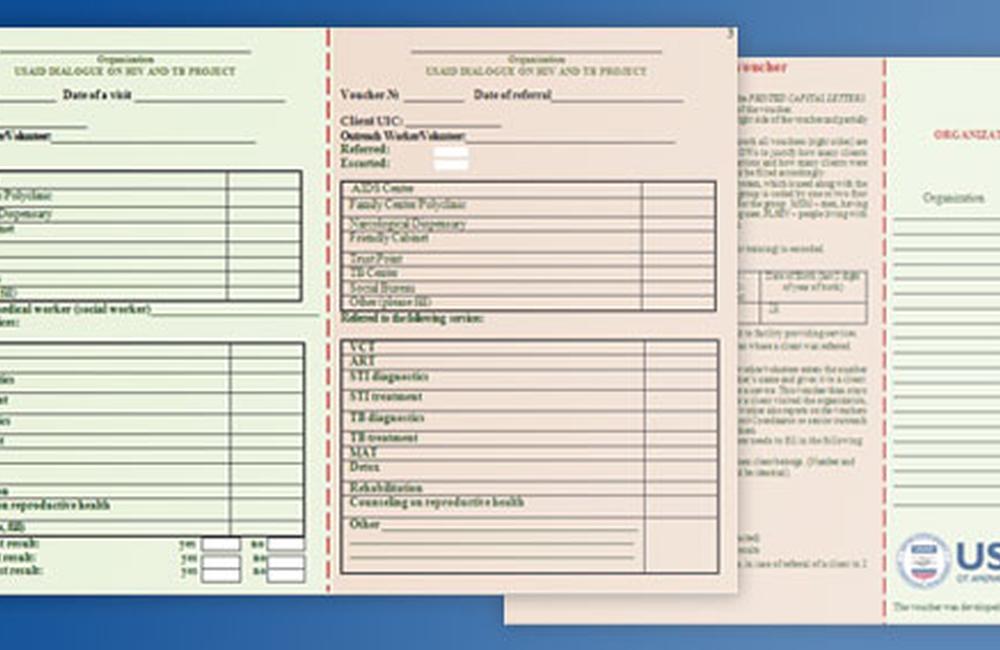 The referral voucher used to track contribution to increased demand for HCT and other health services for MARPs in Kyrgyzstan. Image from the presentation of Djamila Alisheva.
This article is more than 9 years old. Click here for more recent articles on this topic

Peer-mediated HIV counselling resulted in the highest uptake of HIV counselling and testing (HCT) among male most-at-risk populations (M-MARPS), according to a longitudinal analysis of three testing strategies conducted in three states in Nigeria. At the same time, a voucher scheme proved successful in monitoring the effectiveness of a programme to encourage testing among MARPs in Kyrgyzstan, researchers reported at the 7th International AIDS Society Conference on HIV Pathogenesis, Treatment and Prevention (IAS 2013) in Kuala Lumpur, Malaysia, on Tuesday.

The UNAIDS Investment Framework recommends that focused programmes for key populations at higher risk (particularly sex workers and their clients, men who have sex with men [MSM], and people who inject drugs) are essential to an adequate HIV response and need to be delivered at scale.

Robust evidence of what works in linking most-at-risk populations to HIV counselling, testing, care and treatment is limited, particularly in settings where these populations are stigmatised or where they have not been treated as priority groups for HIV prevention.

Two studies, from Nigeria and Kyrgyzstan, presented evidence on how to reach MARPs with large-scale interventions.

A total of 31,609 M-MARPs (including MSM, male sex workers, the male clients of sex workers and males who inject drugs) received HCT between July 2009 and July 2012. In total, 1988 (6.3%) were tested at facilities, 14,726 (46.6%) through referral and 14,895 (47.1%) through the mobile peer-led HCT. The authors noted that this stark difference in those accessing HCT at facilities compared to mobile HCT sites illustrates the need for an increased number of mobile HCT testing sites for MARPs.

M-MARPs are less likely to access HCT and other prevention services because they engage in behaviours that are criminalised, because they fear stigmatising behaviours of healthcare workers, and because there is a lack of M-MARPs-friendly services which meet their specific needs.

M-MARPs make up approximately 1% of the Nigerian population, but M-MARPs and their sexual partners account for a disproportionally high burden of HIV infections in the country at 38%.

“Training M-MARPs peers to provide HCT is a high-impact approach in delivering HCT to M-MARPs. Nigeria’s National Prevention Plan needs to align to WHO’s goal of universal access and promote annual testing for all MARPs in Nigeria through peer-led HCT”, said Dr Sylvia Adebajo, who presented the study.

The use of referral voucher to track contribution to increased demand for HCT and other health services for MARPs in Kyrgyzstan has been shown to provide strong evidence of the intervention's effectiveness.

A referral voucher system was established in partnership with NGOs, Ministry of Health, AIDS centres and other service providers. To increase service uptake, the project trains providers on the use of the referral system, stigma reduction, and communication skills with key populations.

The referral system uses vouchers with two sections: one section is kept by outreach workers who provide the referral and the second is given to the referred individual and collected by the service provider when HCT is accessed. Unique identifier codes (UIC) on each section are matched to track the uptake of referrals while ensuring confidentiality.

One of the advantages of the voucher system is that it can be used as a monitoring and evaluation tool which provides evidence to the government's HIV programme of civil society and NGO contributions to reaching national health goals.

View details of the conference session, Two Sides of the Same Coin: Demand Creation and Supply Strategies for HIV Services, in which these abstracts were presented, including some presentation slides, on the conference website.