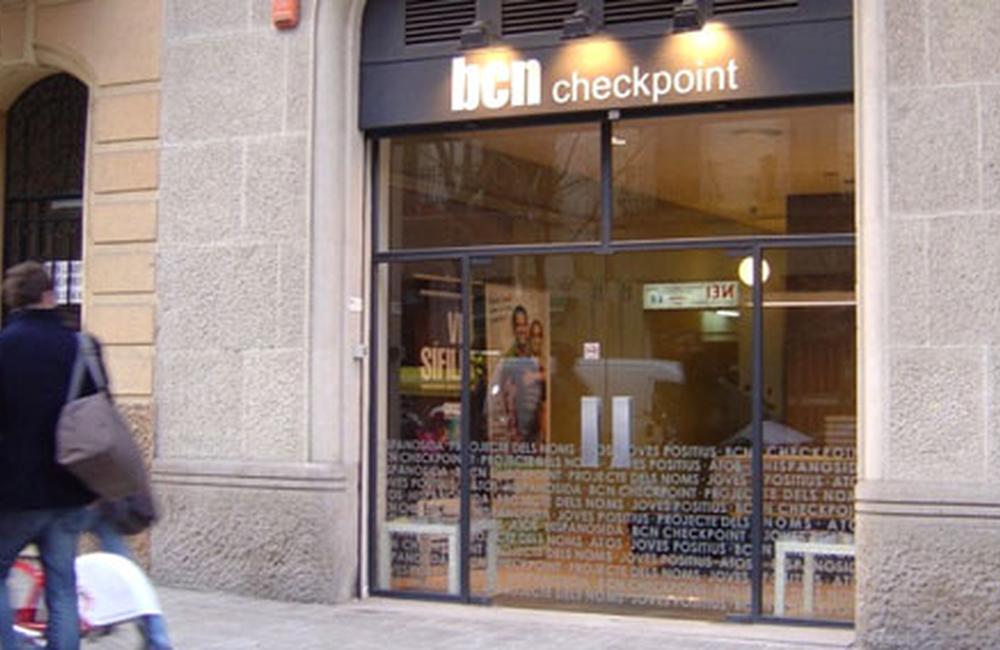 BCN Checkpoint in Barcelona, Spain.
This article is more than 9 years old. Click here for more recent articles on this topic

A single community testing site is testing over a third of the gay men newly diagnosed with HIV in Catalonia, Spain, and is able to link almost all of the newly diagnosed men to treatment services, project co-ordinators reported to the 7th International AIDS Society conference, on Monday.

Set up in 2006, BCN Checkpoint was one of the first community testing projects for gay men in Europe. Rapid, point-of-care tests are performed by non-medical volunteers and staff at a dedicated location in Barcelona’s gay district, open each day until 8pm.

Between 2009 and 2011, this single service diagnosed 36.6% of the men who have sex with men diagnosed with HIV in Catalonia.

While the service offers rapid syphilis testing and vaccination for hepatitis A and B alongside HIV testing, screening for sexually transmitted infections such as gonorrhoea and chlamydia is not provided. In its counselling, a peer-led, sex-positive attitude is emphasised.

There are limited data on the prevalence of HIV in Barcelona, but when investigators recruited 388 men at gay bars, clubs and saunas in 2009, 17.0% were HIV positive, of whom only 55.4% were aware of their infection.

In Spain, HIV testing is generally performed in primary care settings, however not all general practitioners are experienced or comfortable in supporting gay men with their sexual health. Barcelona also has one sexually transmitted infections clinic in the public health system. The pan-European EMIS survey recently reported that, whereas HIV testing rates are relatively high in Spain (44% in the past year and 74% ever tested), 14% of gay men perceive HIV testing to be inaccessible or inaffordable, while 33% of men recently tested said that they had not been given the opportunity to talk about sex when doing so. These scores are poorer than for other western European countries.

BCN Checkpoint presented data on 14,949 tests, conducted between 2009 and 2012. The annual number of tests increased from 2483 to 5051 over the four-year period, with each year approximately 1700 men coming to test for the first time, as well as an increasing number of repeat testers (who are encouraged to return every 6 or 12 months).

While the positivity rate is dropping slightly, this is a result of repeat testers being somewhat less at risk than first-time testers. Looking only at men testing for the first time at BCN Checkpoint, between 5.3% and 5.7% each year were diagnosed with HIV.

Between 2009 and 2011, this single service diagnosed 36.6% of the men who have sex with men diagnosed with HIV in Catalonia (an autonomous community of seven and a half million people).

Whereas community testing projects in other settings have often reported much higher diagnosis rates than other services, there are concerns about linkage to care. Because community testing is usually geographically and institutionally detached from medical services for people with HIV, and because they may reach individuals who have limited access to mainstream health services, it is feared that fewer newly diagnosed individuals are connected with HIV treatment services. Moreover, data on this essential step in the ‘treatment cascade’ are often missing.

At BCN Checkpoint, men whose initial test result is reactive have blood samples taken for confirmatory testing at a private laboratory in the neighbourhood, with these results coming back in a few days.

Moreover, peer support is immediately provided by a staff member or volunteer who is HIV positive. The testing service arranges an appointment with a specialist HIV clinician, and if necessary helps the individual with the paperwork for access to public health care. Furthermore, there is usually ongoing contact with newly diagnosed individuals, who receive psychosocial and treatment education support.

The service reports that 90.5% of newly diagnosed men were linked to care by the project itself. Of the others:

Moreover, over half of those linked to care did so within two weeks. Only 15% took more than a month.

The authors conclude that this model of intervention is highly effective in HIV detection and linkage to care.

This news report is also available in Portuguese.