Syringe exchange expansion in United States would be cost-saving 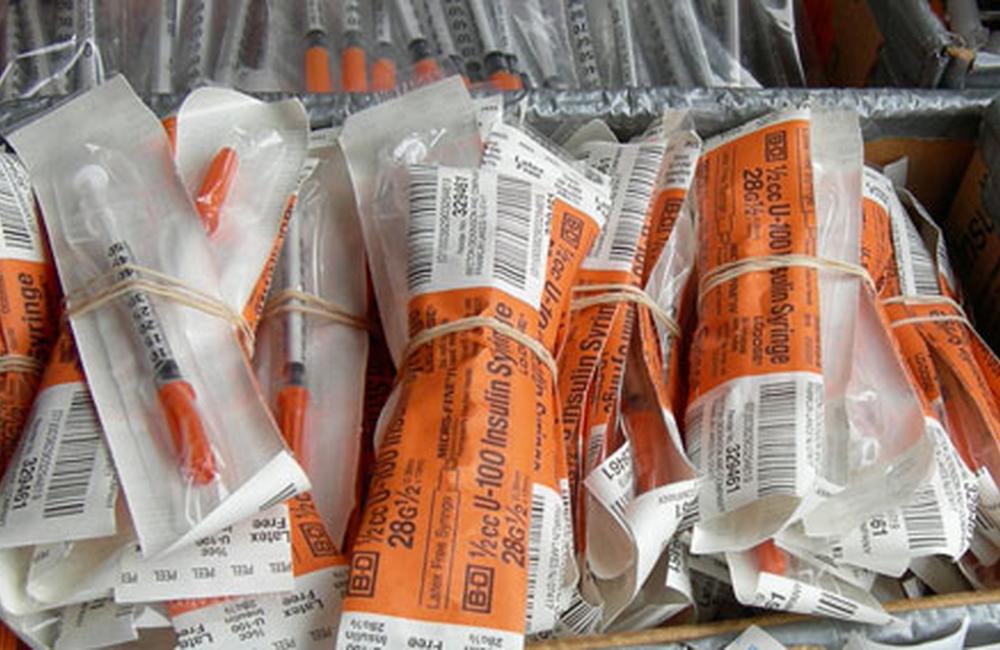 Photo by Joe Mabel (http://commons.wikimedia.org/wiki/User:Jmabel).
This article is more than 10 years old. Click here for more recent articles on this topic

According to a mathematical analysis presented at the 19th International AIDS Conference (AIDS 2012) in Washington, DC, providing clean syringes to reduce HIV transmission among Americans who inject drugs is considerably less expensive than treating the new cases of HIV that would occur in the absence of this intervention.

Public health experts have built a substantial body of evidence regarding the effectiveness of syringe exchange programs as an HIV prevention strategy in settings where the sharing of injecting equipment is fuelling the epidemic. Yet legal, political and moral opposition to such programmes has limited their implementation in many countries to varying degrees.

The United States has gone as far as to ban the use of federal funding for syringe exchange programmes, despite the fact that the mode of transmission reported for 10% of that country’s new HIV infections is injecting drug use.

Researchers concluded that it would cost US$19 million per year to increase per-injection clean syringe coverage from its current level of 2.9 to 5%, and that this would prevent 169 new cases of HIV per year. On the other hand, the lifetime cost of treating those 169 new cases would be US$66 million. (The model assumed that approximately 2500 infections occur each year as a consequence of sharing injecting equipment in the United States.)

Even more would be achieved with syringe exchange programmes implemented on a larger scale: 10% clean syringe coverage would cost US$64 million per year and would prevent 497 new cases of HIV per year, while also eliminating a lifetime treatment expenditure of US$193 million.

At a time when most Thais avoided discussing safe sex and family planning, Mechai Viravaidya promoted condom use with spectacle and humor, saving millions of lives.
The New York Times
8 Aug 22
Women

“Women at risk for HIV.” “Risky behavior.” “On the down low.” “High-risk sex.” Such phrases frame conversations about HIV prevention in terms of stigma, fear and judgment. A new initiative aims to retire the concept of risk and reframe the discussion about HIV.
POZ
8 May 22
More editors' picks