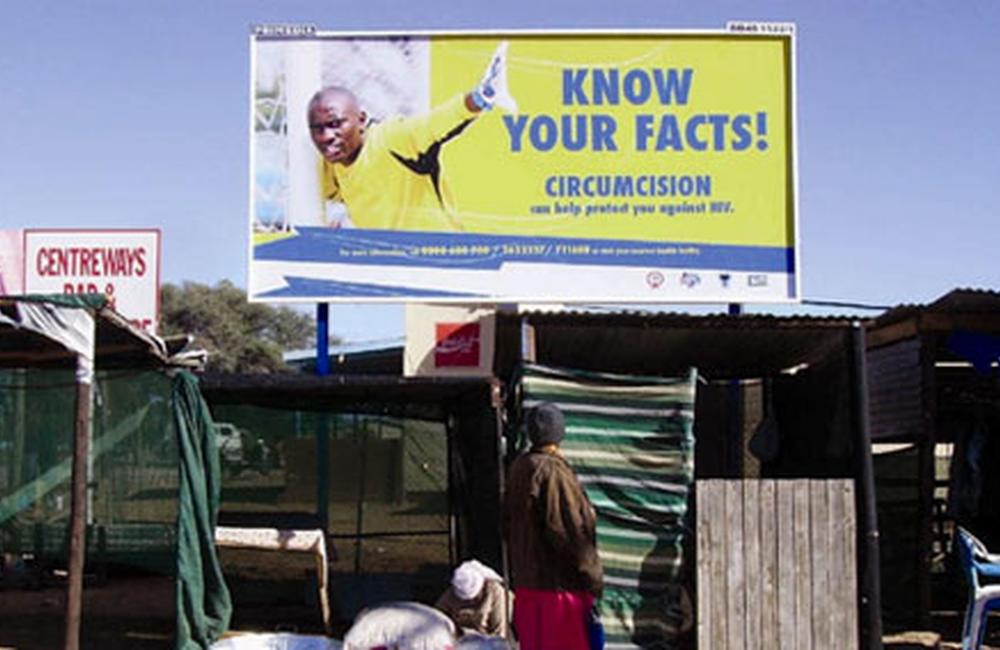 Physicians at risk of circumcision 'burn out' in some settings

Voluntary medical male circumcision (VMMC) programmes are expanding in several African countries and in a couple of locations have almost reached saturation point, with most of the eligible young male population circumcised, the 19th International AIDS Conference (AIDS 2012) in Washington DC heard yesterday.

The pace of circumcision programmes is such that a significant proportion of staff performing the operations are experiencing burn-out, presenter Dino Rech of the Centre for HIV and AIDS Prevention Studies (CHAPS) in Johannesburg said. Burn-out was more likely if doctors continued to do the operation rather than having VMMC ‘task-shifted’ so that nurses and medical auxiliaries were trained to do it.

There were very different patterns of burn-out from the four different countries surveyed (Kenya, South Africa, Tanzania and Zimbabwe). A lot of practitioners in Kenya (71%) said they experienced burn-out and had seen it in others (88%): these practitioners were providing the most circumcisions, and there was a clear link with the number of operations performed. In Tanzania, most practitioners said they had not seen burn-out in colleagues, but a high proportion admitted to it themselves. In South Africa and Zimbabwe, moderate numbers (around 30%) admitted to burn-out, though South Africa had the highest proportion of practitioners who said it was “very common” in others.

Fully qualified doctors were more likely to report burn-out than nurse or auxiliaries. This is a second strong argument (after cost) for task-shifting, the training up of nurses and auxiliaries to perform VMMC.

Zebedee Mwandi of the Centers for Disease Control (CDC) in Kenya reported that, while in VMMC performed by doctors, the proportion of adverse events (AEs) has declined from 1.4% to zero, AEs in procedures performed by nurses and clinical officers had also declined, from 2 to 0.7% in three years. He said that VMMC programmes were now taking off in other provinces, with coverage of the eligible population in Kenya’s Western province now about 20% and Nairobi about 15%, though Nyanza had contained the vast majority of Kenya’s uncircumcised man.

The CHAPS clinic in Soweto has also almost achieved saturation coverage amongst the local young male population, and is facing the expense of having to move. This is an argument for mobile circumcision clinics, and 12% of circumcisions are now being performed by mobile clinics in Kenya.

In South Africa, Nikki Soboil runs a mobile clinic in KwaZulu Natal, on behalf of the Southern African Clothing & Textile Workers’ Union, which funds HIV prevention work. An analysis comparing the costs of running a permanent establishment like CHAPS and a mobile clinic showed that, while training and transport cost more in the mobile clinic, all other costs such as capital expenditure and wages were less, meaning that the mobile clinic could perform each circumcision for 498 Rand (US$59), while in CHAPS each procedure cost 827 Rand.

In other countries, VMMC is still not receiving funding for large rollover programmes, though a survey from Swaziland found that the proportion of men in the population who were circumcised had more than doubled since 2008. This was even before a large media campaign encouraging circumcision started and in the absence of any national rollout – which, given this country's adult HIV prevalence of 26%, was urgently needed, presenter Jason Bailey Reed of the US CDC said.

Despite the rollout of circumcision, and even though the prospective data from the randomised controlled trials of VMMC is unassailable, circumcision is still a contentious subject: there were demonstrations outside the conference centre by anti-circumcision activists today. Their cause received a boost from a cross-sectional survey from Zimbabwe this month, which found that HIV prevalence was slightly higher in circumcised than uncircumcised men (14 versus 12%). This survey was mentioned by an audience member, who asked the panellists how they would explain why different survey methods gave different figures. Jason Bailey Reed answered that the Zimbabwe survey was a snapshot of the male population, many of whom would have become HIV positive before they were circumcised; on the other hand, the RCTs convincingly show a continued reduction in HIV infections over time in heterosexual men who get circumcised.

A more troubling finding from a couple of trials is that if HIV-positive men get circumcised, HIV infections in their female partners can rise. Circumcision advocate Kawango Agot of the Kenyan research and development organisation IMPACT said that, in one study from Rakai in Uganda, the infection rate in negative partners of positive men was 9.5% in the year after circumcision, compared with 7.9% in partners of men who remained uncircumcised. This is due to the fact that, as a number of surveys of HIV-negative men show, anything from 24 to 38% of men resume sex too early, before the six-week deadline given for wound healing, and the proportion who resume sex early is even higher between spouses.

Incidence in Rakai in partners of men who resumed sex too early was 28%. Agot said that this showed that women should be involved in all aspects of VMMC too: too often it was an experience men went through entirely alone, but 74% of women said that were keen to support male partners and be involved in the VMMC process. However, they needed education and information too, as 77% were unaware of the need for abstinence after the operation.

All references are from the 19th International AIDS Conference, Washington DC, July 2012. See here for session listing with abstract: presenters’ slides will be added soon.

Agot K et al.We too are shareholders: why women must be meaningfully involved in the rollout of medical male circumcision in Africa. Abstract MOPDE0107. View the abstract on the conference website.

Voluntary medical male circumcision (VMMC)―the removal of all or part of the foreskin of the penis by a trained health-care professional―reduces heterosexual male vulnerability to HIV infection by approximately 60%. Its effects last a lifetime. VMMC is also an entry point for providing men and boys with broader health packages to improve their health, and indirectly benefits women and girls.
UNAIDS
22 Oct 19
More editors' picks