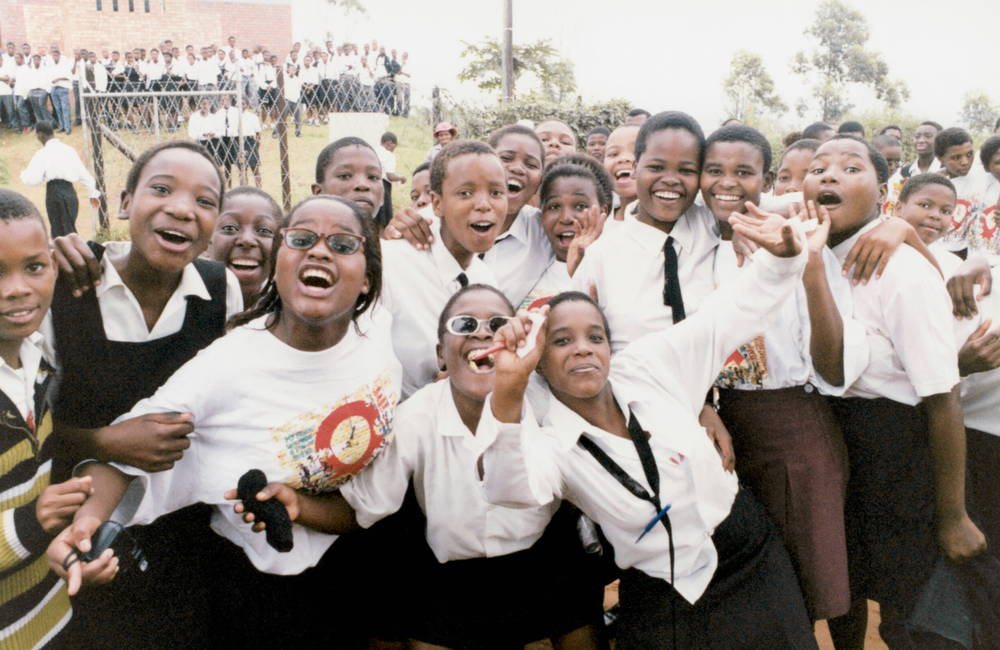 Two separate studies from KwaZulu-Natal in South Africa have been published in the last two months, both showing falls in new HIV infections in a region where over 20% of men and 40% of women are living with HIV.

One study finds a 43% decline in HIV incidence in recent years in both men and women, with a larger and earlier decline in men. However, the other finds evidence only of a decline in young women aged 15 to 19, and none so far in men or older women.

Both show increased rates of antiretroviral treatment and viral suppression among HIV-positive men and women in the last few years and an increasing rate of HIV testing in the survey where it was not done routinely as part of a clinical trial. Medical male circumcision rates also increased in men in both studies.

There is one variable that was significantly different in the two studies: condom use. Condom use has not increased since 2013 in either study but 64% of women in the first study said their male partners used condoms, while in the other study 18% did. While this would not explain declining incidence, it might be a context in which an increase in the proportion of people who were virally suppressed could have a bigger impact.

However, the main difference is probably that they were two very different studies. The study that documented falling incidence in all groups is part of a long-standing prospective cohort study, first established in 2005, in the largely rural district of Hlabisa in the north of KwaZulu-Natal. This study, because it has been estimating HIV incidence for years, was able to document HIV incidence on a year-to-year basis. The second study, on the other hand, only took two measurements from each participant.

"There was a 43% decline in HIV incidence in both men and women, with a larger and earlier decline in men."

The first study was conducted by Dr Alain Vandormael, Professor Frank Tanser and colleagues, analysing data from an established cohort of all households in a specific area who are contacted annually and tested for HIV during researcher visits. Of note, the researchers restricted their documentation of HIV incidence to repeat testers who missed no more than two annual HIV tests between their last negative HIV test and their first positive one. Three-quarters of those tested were included in this definition. HIV incidence was higher in those who spent longer periods without study visits – an indication that just being in such a study had a positive effect.

Between 25,000 and 36,000 eligible participants aged over 15 in 11,000 households live in the Hlabisa area, and they are visited by trained field workers two to three times a year. The study shows that only about 40% were tested for HIV within any one year, but cumulatively 80% have ever tested (53,167 people) and, as already said, 76% have had at least two tests. During the long duration of the study, antiretroviral therapy (ART) eligibility has been expanded from availability only to people with CD4 counts below 200 (in 2004) to everyone (in 2016).

Condom use in this population increased during the first decade of the century and by 2011 had reached over 60% (according to women) and 70% (according to men), with little change thereafter.

"The second study found evidence only of a decline in incidence in young women aged 15-19."

The second study is a population cohort study, conducted by Dr Ayesha Kharsany, Professor Quarraisha Abdool Karim and colleagues. Within the peri-urban Greater Edendale and rural Vulindlela areas near Pietermaritzburg in southern KwaZulu-Natal, the researchers randomly selected households and invited a single inhabitant aged between 15 and 49 years from each to take part. The respondents provided a range of data and were anonymously tested for HIV, with the results compared with their knowledge of their status.

One survey was conducted in 2014-2015. A follow-up survey, solely of those who were HIV negative in the original survey and below the age of 35, was conducted 14 to 24 months later to establish HIV incidence. This enrolled 9812 participants, with 4539 taking part in follow-up.

A second survey was run from 2015 to 2016, again with follow-up some months later to calculate incidence. This enrolled 10,236 people (almost all of them different from the first survey), with 5307 taking part in follow-up.

Medical male circumcision increased from 32% to 36% between the two surveys. The proportion of women who said their partners were circumcised rose more, from 36% to 48%, which may indicate that circumcised partners are seen as more desirable – or are simply younger. However, condom use declined at the same time, from 20% to 16% of women saying their partners used condoms.

Eighty-seven per cent of the HIV-negative participants were re-tested in the follow-up surveys. This allowed annual incidence rates to be calculated. The incidence rate in young women aged 15 to 19 fell from 4.6% in 2016 to 2.7% in 2017, and this 43% decline in HIV incidence was statistically significant. There was a 42% incidence rate fall in young men too, but because HIV infections in men under 20 are rather rare, this was not significant (incidence fell from 0.4% to 0.24%). There no significant drop in incidence in the cohort in general, in men, or in women aged over 20.

One interesting finding was that people were asked about age differences between them and their partners. In general they were not great, with women, for instance, reporting that their first sexual partner was two years older than them. However, the researchers were able, by means of genetic testing, to establish linked pairs of HIV infections and it was found that in the 2014 survey the male partner in a linked pair was on average 13.5 years older than the female. By 2016 this had fallen by to 9.3 years.

"HIV testing, treatment and prevention measures are beginning to have a population-level effect on HIV incidence in this ‘hyperendemic’ part of the world."

The authors of the Hlabisa study attribute the earlier and larger fall in incidence in men to two factors: the higher proportion of HIV-positive women that were on ART and virally suppressed, and rising circumcision rates.

In the Greater Edendale study on the other hand, a significant fall in incidence has only been seen in young women. The authors comment that “increases in the number of older HIV-seropositive men in age-disparate sexual partnerships who were using ART and had viral suppression may have led to the reduction observed in HIV incidence.”

However, it is also possible that the different methodology of the two studies may explain the difference in results. The Hlabisa study documents falling incidence over a period of several years, whereas the Greater Edendale study essentially only took a single pair of measurements to calculate incidence. The Hlabisa study also followed an established cohort who were already part of a research programme and may have been affected by closer attention and monitoring, whereas the Greater Edendale study involved random sampling of the population at large.

Either way, these studies both indicate that HIV testing and treatment, and prevention methods such as circumcision, are at least beginning to have a population-level effect on HIV incidence in this ‘hyperendemic’ part of the world.

Vandormael A et al. Declines in HIV incidence among men and women in a South African population-based cohort. Nature Communications, 10: 5482, 2019.

In order to reach established goals in reducing HIV infection in the US, access to HIV services must be improved for men who have sex with men (MSM) but especially Black, Hispanic/Latino and younger MSM, according to a recent Morbidity and Mortality Weekly Report (MMWR).
Contagion Live
10 Jan 22
Transgender people

The meta-study analyzed data from 98 existing studies conducted in 34 nations from January 2000 to January 2019. It concluded that 19.9% of trans feminine individuals were HIV positive, as were 2.56% of transmasculine people.
Medical News Today
13 Dec 21
Economic & social inequality

In Africa, there are over 500 scientists working in 30 countries involved in sequencing, according to the South Africa-based Human Heredity and Health in Africa (H3Africa) initiative, which aims to create and support a pan-continental network of laboratories conducting research in genomic sciences. But the continent lags far behind the rest of the world when it comes to sequencing, said Dr Matshidiso Moeti, WHO Regional Director for Africa. “Only 1 per cent of over 3 million Covid-19 sequences conducted worldwide occur in Africa,” she said in September.
Evening Standard
2 Dec 21
More editors' picks