Infant prophylaxis during breastfeeding reduces risk of HIV infection by 71% 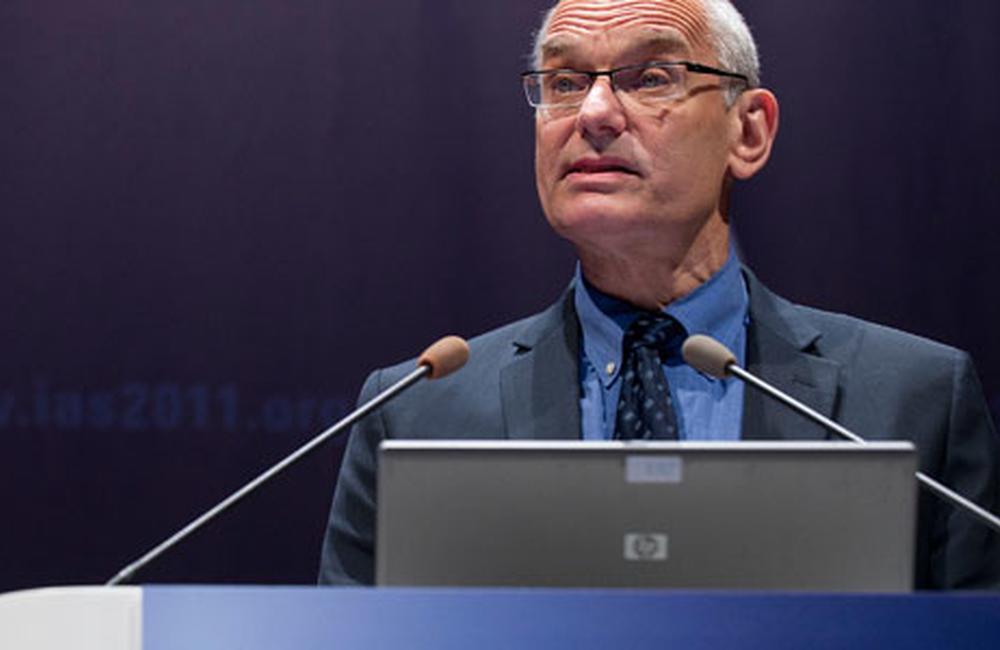 Extended use of nevirapine or zidovudine and nevirapine in infants can reduce the risks of HIV transmission through breastmilk by over 70%, Charles van der Horst reported in a late breaker session at the International AIDS Society conference (IAS 2011) in Rome last week.

Dr van der Horst presented findings, on behalf of a collaboration of study investigators from the US, Ethiopia, India, Uganda and Malawi, from a pooled analysis of data from 5396 mother-infant pairs who participated in five randomised trials to estimate the effectiveness of infant nevirapine prophylaxis in preventing breast-milk HIV transmission in HIV-negative infants at birth.

In resource-poor settings mother-to-child transmission (MTCT) of HIV continues to be a major cause of death and disease. Breastfeeding accounts for about a third of the estimated 420,000 children infected each year. Fifty percent of these children will die before they reach two years of age.

Women are faced with a dilemma. While breastfeeding provides protection and is associated with decreased mortality and disease in the first year of life compared to formula feeding, the longer they breastfeed the greater the risk of HIV transmission: 68% of all HIV infections among infants who breastfeed happen after six months of age.

Maternal antiretroviral therapy (ART), when available, can be protective against transmission. In 2009 an estimated 53% of identified pregnant HIV-positive women in low- and middle-income countries received ART. Lower maternal CD4 cell counts are associated with a greater probability of MTCT and death, and many women in resource-poor settings present late for antenatal care. For ART to be effective in preventing MTCT, viral loads need to be undetectable, which may take several weeks after starting antiretroviral treatment.

Results from these randomised clinical trials have shown daily nevirapine to be effective in preventing HIV transmission through breastmilk. These results, among others, led the World Health Organization (WHO) to change its guidelines in 2010.

Exclusive breastfeeding for six months with the introduction of complementary foods for the next six months is now recommended. Breastfeeding should stop at the end of 12 months, if feasible. Rapid weaning is no longer advised.

The trials included in the pooled analysis comprised:

In the analysis Dr van der Horst and colleagues compared the four daily regimens: nevirapine for 6 weeks, 14 weeks, or 28 weeks, or nevirapine plus zidovudine for 14 weeks.

"...the longer the duration of prophylaxis, the greater the reduction in the risk of infection." Charles van der Horst

In the six-week regimen (SWEN) the estimated risk for transmission was 1.6% compared to 3.4% for the control at the end of treatment at the age of six weeks.

In the 14-week regimens (PEPI) the estimated risks for transmission for nevirapine alone and nevirapine plus zidovudine were 1.9% and 2.3%, respectively compared to 7.3% for the control.

The primary outcome of the analysis was infection or death by 203 days.

Women with a baseline CD4 cell count between 200 cells/mm3 and 350 cells/mm3 had a two-fold higher rate of their infants becoming infected than those with CD4 cell counts over 350 cells/mm3. In addition the more the infant weighed at birth, the less likely they were to become infected.

Dr van der Horst concluded “extended prophylaxis with nevirapine or with nevirapine and zidovudine significantly reduces postnatal HIV-infection; the longer the duration of prophylaxis, the greater the reduction in the risk of infection.”

How local advocates worked with our global network to support a Malawian woman living with HIV prosecuted for breastfeeding – and what happened after she was released from prison.
HIV Justice Network
26 Sep 21
Infant feeding

In many parts of the global North, birthing parents living with HIV are advised against breast/chest-feeding, regardless of their viral load. Should providers push for change?
TheBodyPro
22 Sep 21
Infant feeding

“You may be thinking about breastfeeding your baby, and whether it is safe or advisable. This community resource aims to assist with understanding the issues around breastfeeding or formula feeding.”
NAPWHA
7 Sep 21
Undetectable viral load & treatment as prevention

While the U=U message has been getting a lot of momentum in recent years, the role of HIV treatment in preventing HIV through other transmission routes is not as widely known. This information is important for informed healthcare decision making and further destigmatizing HIV.
CATIE Blog
29 Apr 21
Infant feeding

A new expert consensus statement explores how providers can give birthing parents who are living with HIV the information they need to decide for themselves.
TheBodyPro
8 Jan 21
More editors' picks