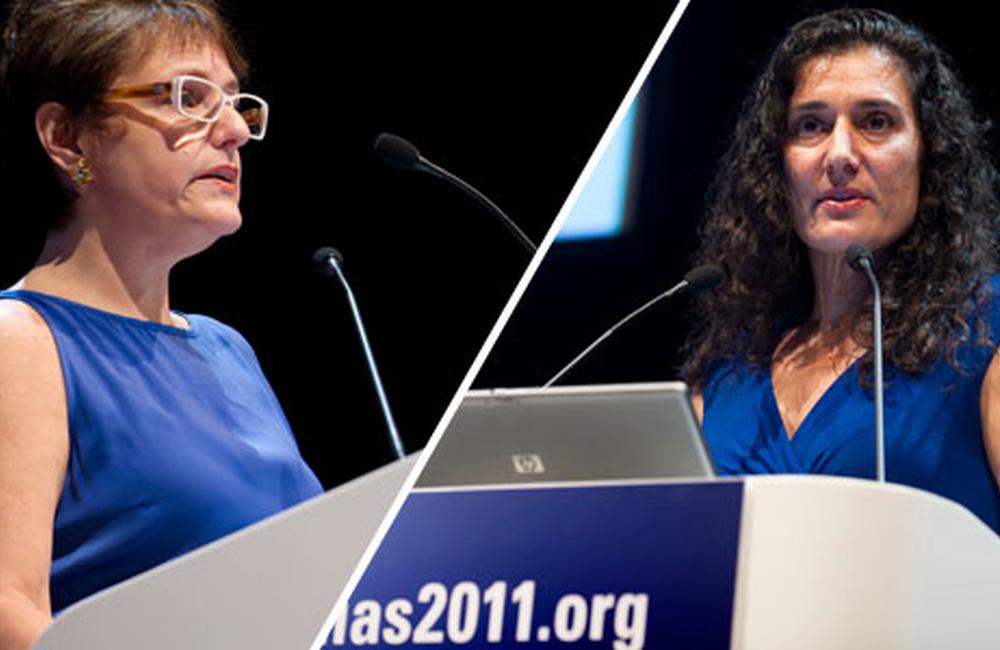 Early treatment in the HPTN 052 study of treatment as prevention reduced serious illness by around 40%, delegates at the Sixth International AIDS Society conference (IAS 2011) heard – but the effect was almost entirely accounted for by fewer cases of extrapulmonary tuberculosis.

There was no significant difference in deaths, or in the rate of serious bacterial infections or of pulmonary tuberculosis.

The HPTN 052 study was designed to determine whether early treatment for an HIV-infected person would reduce the risk of HIV transmission to his or her regular partner.

The study showed that early antiretroviral treatment – started at a CD4 count between 350 and 550 cells/mm3 – reduced the risk of HIV transmission to uninfected partners by at least 96%.

However, the study also collected information on a number of other endpoints: death, illness , virological and immunological responses to treatment. These data will provide important information on the potential benefits of early treatment in settings where bacterial infections and tuberculosis are more prevalent than in North America and Europe.

The study will also provide information on any differences in rates of clinical or immunological disease progression between different regions of the world, or between men and women. Some studies, but not all, have suggested faster rates of disease progression in sub-Saharan Africa.

The study enrolled 1763 HIV-infected individuals with CD4 counts between 350 and 550 cells/mm3. Participants were randomised either to receive immediate antiretroviral treatment or to defer treatment until their CD4 cell count fell below 250 cells/mm3 on two separate tests. This was the level at which treatment was recommended to begin in national guidelines during the study recruitment period. The study recruited participants in Malawi, India, Zimbabwe, Botswana, South Africa, Kenya, Thailand, the US and Brazil.

Although the proportion of HIV-positive men and women recruited to the study was equal across the study population as a whole, sites in Africa recruited a larger proportion of women than men (58 vs 40%, p< 0.0001), reflecting the higher rates of engagement in care by women in sub-Saharan Africa as a consequence of earlier HIV diagnosis through antenatal programmes.

Although there was no significant difference in baseline CD4 count between regions, Africans in the deferred treatment arm were less likely to reach the CD4 threshold that indicated they needed to start treatment. Participants in the deferred arm outside the Africa region were 40% more likely to start treatment, but when the hazard ratio was adjusted for confounding factors this difference ceased to be statistically significant (aHR 1.30, 95% CI 0.9-1.8, p= 0.06).

The median time to starting treatment in the deferred arm was 3.25 years outside Africa, compared to 4.1 years in Africa.

Overall, 75% of patients in the deferred arm who initiated treatment did so because of a decline in CD4 cell count.

Among those who initiated treatment immediately (886 patients), at a median CD4 count of 442 cells/mm3, 90% had an undetectable viral load (below 400 copies/ml) after one year of treatment. They experienced a mean CD4 cell increase of 158 cells/mm3, to 603 cells/mm3.

The effect of early treatment on clinical outcomes was very clear.

Early treatment significantly reduced the risk of clinical illness, but there was no difference in the risk of death between the two study arms.

Around 7% of participants received cotrimoxazole prophylaxis against bacterial infections, and around 4% received isoniazid preventive therapy to prevent the development of active TB.

View the presentation by Mina Hosseinipour, with audio, on the conference website

This report is also available in French.

A new expert consensus statement explores how providers can give birthing parents who are living with HIV the information they need to decide for themselves.
TheBodyPro
8 Jan 21
Starting treatment