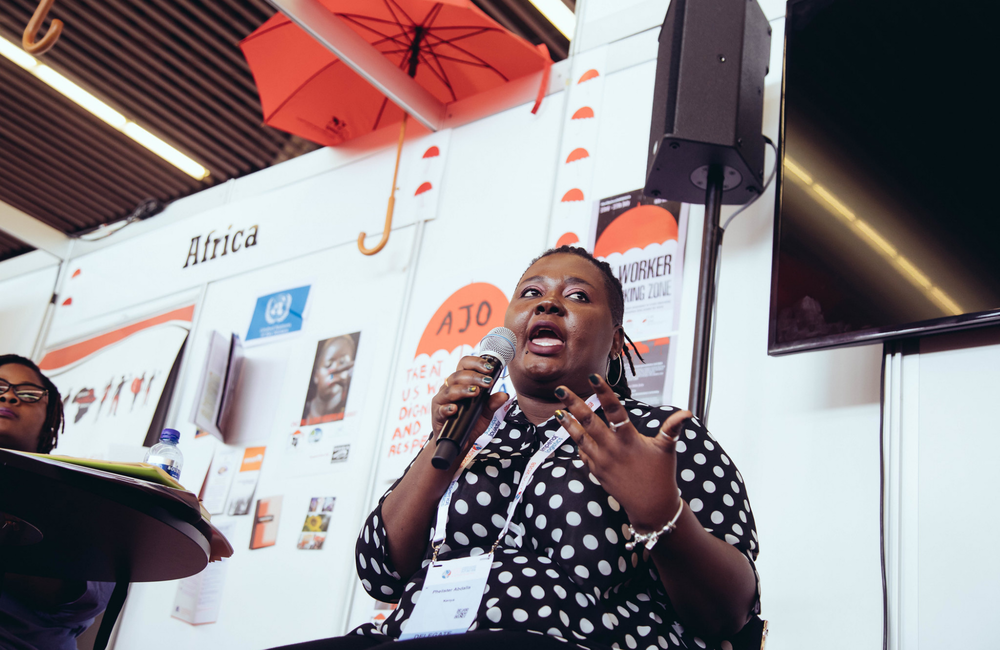 Research from specialist HIV prevention and treatment clinics for female sex workers in Nairobi has found that the number testing positive for HIV dropped by more than two-thirds between 2008 and 2017. While no single intervention can be identified as to the underlying cause in the decreasing numbers, it suggests that increasing HIV awareness, testing and treatment in Kenya are reaching this population of women, despite the criminalisation of sex work. It is estimated that female sex workers in Kenya are almost ten times more likely to contract HIV than non-sex workers, so they are a key population to target.

The study published in the February issue of AIDS analysed anonymous data collected at seven different Sex Worker Outreach Programs in Nairobi from a total of 33,560 women. The clinics use peer support and outreach workers to recruit female sex workers. When signing up to use the clinic’s services, each woman was offered an HIV test, which was used to monitor rates of HIV. Further information was collected by analysing questionnaires that the women were asked to complete when attending. Only 78% of the women completed this information, as it was not mandatory for enrolment into the clinic.

The overall percentage of female sex workers who were positive for HIV decreased from 44% in 2008 to 12% in 2017 (p value < 0.0001), amounting to a 67% reduction in prevalence after adjustment for known demographic and behavioural factors that could influence the results. In all age groups there was a general trend downwards in most years. Prevalence in the under 25 year olds was used to estimate the number of new infections because previous national surveys suggest that this age group are responsible for the majority of new infections. In the under 25s, positive diagnosis at enrolment increased from 14% to peak at 19% in 2010 but then fell down to 5% by 2017, which could correlate to a decrease in the overall number of new HIV cases.

Two of the major strategies used for HIV prevention are HIV testing and condom use. In 2008 women who tested positive for HIV at the clinic had previously been tested in 50% of cases, compared to 95% in 2017. In women who tested negative there was also an increase from 77% to 98%, showing that more women had been getting tested for HIV. Condom use increased significantly with both regular and casual partners. For HIV-negative female sex workers with regular partners in 2008, only 11% reported condom use all the time but by 2017, this had risen to 75%. When looking at casual sex partners for this group, condom use every time was reported by 67% of women in 2008 but increased to 90% in 2017.

However, the researchers did note some limitations to this study, as it is possible that more sex workers at higher risk of contracting HIV were enrolled earlier in the study, with sex workers at lower risk joining later. This may have occurred because of HIV-positive women seeking out these clinics in earlier years as a means to access treatment or because clinics strived to meet HIV treatment initiation targets in later years. This could account for part of the decrease seen.

While the overall sample size was robust, a large portion of data is also missing from the questionnaires, making the analysis of prevention strategies more limited. Even when using models to adjust for the reported changes in condom use and HIV testing, the lower rates of HIV were not fully accounted for, which suggests that other factors were also involved.

Some potentially important factors to explain the reduced prevalence were suggested by the researchers. The first is the improvement in HIV prevention messaging on a wide scale in Kenya for the entire population. The second factor could be higher rates of viral suppression in potential clients because of an increase in the use of antiretroviral therapy and the ‘treatment as prevention’ strategy. More specifically for female sex workers, the use of peer support to improve messaging to women not involved in clinics may also have contributed to the fall in HIV cases seen.

Given that the lifetime risk of HIV in female sex workers in Nairobi is still high despite these decreasing numbers, the researchers suggest that it is important to continue targeted interventions to further reduce infection rates of HIV.