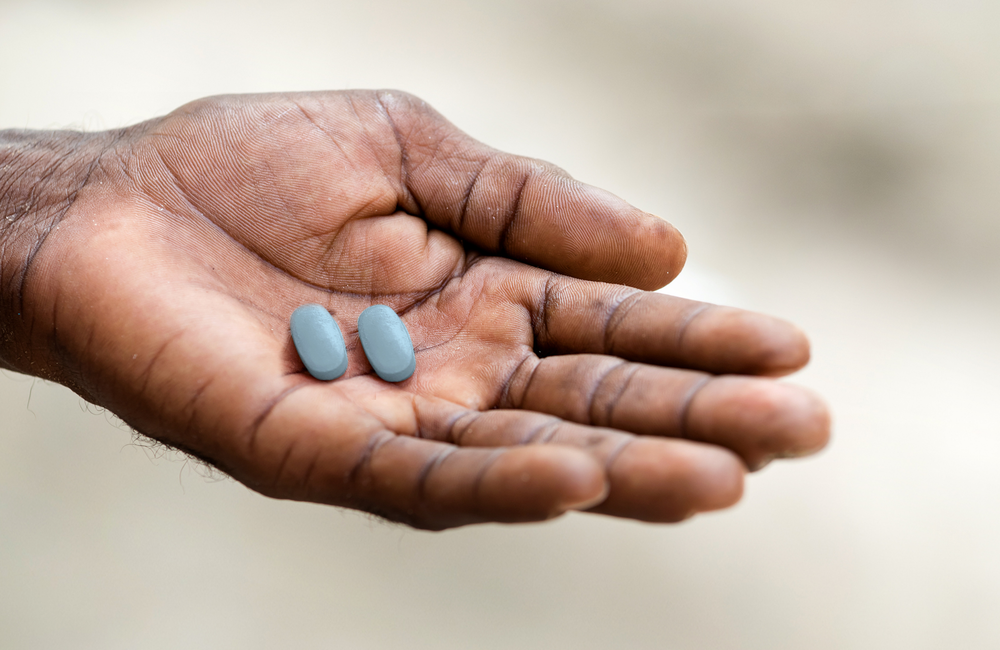 Voluntary licensing via the Medicines Patent Pool, which allows generic drug companies to manufacture a drug before its patent has expired, can offer huge positive economic and health impacts, according to a modelling study in the February issue of The Lancet Public Health. It predicted that the voluntary licensing of dolutegravir in 2014 will have increased treatment uptake by 15.5 million patient-years, averted over 150,000 deaths, and saved health authorities $3.1 billion by 2032.

These findings are timely as debates around access to patented COVID-19 vaccines and medicines continue. The authors hope they will encourage policymakers and pharmaceutical companies to consider voluntary licensing via the Medicines Patent Pool as an option for increasing the availability of medicines urgently needed by low- and middle-income countries.

Existing research on the impact of voluntary licensing via the Medicines Patent Pool found that it reduces drug prices and procurement costs and increases treatment uptake. However, its impact in terms of health outcomes had not previously been studied. Dr Sébastien Morin and colleagues from the Medicines Patent Pool therefore decided to model its economic and health impacts, using case studies based on the experience of dolutegravir (a drug used to treat HIV) and daclatasvir (a drug used to treat hepatitis C).

How licensing through the Medicines Patent Pool works

The Medicines Patent Pool is a UN-backed public health organisation which was set up to improve access to affordable, quality-assured medicines in low and middle-income countries.

It does this by first identifying medicines which are greatly needed but inaccessible in these countries due to their patent making them very expensive for governments to buy.

It then approaches the pharmaceutical company that owns the patent for a specific medicine, and requests that they issue a license which would allow the Medicines Patent Pool to manufacture generic versions of the medicine before the patent expires. They argue for this on the basis that issuing a license would be of substantial benefit to public health, and they try to ensure that the licenses are worded in a way that achieves the greatest health benefit for as many countries as possible.

Once the Medicine Patent Pool has the license, they sub-contract manufacturing to several generic pharmaceutical companies. These companies are chosen on the basis that they have a track record of manufacturing high quality generic drugs, the capacity to do so, and have a market presence in the countries covered by the license.

The more companies produce generic versions of the same medicine, the more likely prices will reduce as companies compete to have their medicines purchased by governments. As people are increasingly able to access the medicine they need, health outcomes should improve.

There are other approaches to improving access to patented medicines, such as tiered pricing (where the company holding the patent lowers their pricing for lower income countries), bilateral licensing (where the patent-holder issues a license to generic companies of its choosing) and compulsory licensing (where a government gives permission to companies to produce copies without the consent of the patent holder). Nonetheless, access to the majority of patented HIV drugs used in lower-income countries is via the Medicines Patent Pool.

Modelling the impact of voluntary licensing

The first scenario is based on what actually happened, as the Medicines Patent Pool received licenses for dolutegravir in 2014 and for daclatasvir in 2015. The authors collected data on the volumes and prices of licensed generic products sold on a quarterly basis between 2012 and 2020 in all countries covered by the licenses for dolutegravir and daclatasvir. The authors then used this data to forecast what the cost savings and health impacts were likely to be in the future, up until five years after the patent for each drug expires.

For the second scenario, the authors constructed what the costs and health impacts would have been if voluntary licenses were not introduced based on a series of assumptions. These assumptions were based on the findings of other studies, and the authors took a conservative approach in order to avoid overestimating the impact of voluntary licensing.

Amongst other things, the researchers assumed that without voluntary licensing:

The research team recognised that there was inherent uncertainty around some of the key inputs in the model (for example, what patent holders would have decided to do if they had not given a license to the Medicines Patent Pool). To reflect this, they modelled three different scenarios of low, central and high economic and health impact which allowed them to provide a range for their estimates.

Predicted impact of the voluntary licensing of dolutegravir

The Medicines Patent Pool received a voluntary license from ViiV for dolutegravir in 2014 (one year after the patented drug was approved for use in the USA). In 2017, the price of generic tenofovir disoproxil fumarate, lamivudine, and dolutegravir was negotiated as $75 per person per year. This meant that quality-assured and affordable generic versions of the drug were available at unprecedented speed. As of June 2020, 11 generic manufacturers had dolutegravir-based products on the market, and supplies had been delivered to 106 countries. These include virtually all low-income countries and the majority of lower middle-income countries, but coverage in upper-middle income countries is patchy.

Predicted impact of the voluntary licensing of daclatasvir

Daclatasvir was licensed from Bristol-Myers Squibb to the Medicines Patent Pool in 2015. As of June 2020, three generic manufacturers had quality-assured daclatasvir-based products on the market, and supplies had been delivered to 30 countries. The patent for daclatasvir was supposed to expire between 2027 and 2030, but Bristol-Myers Squibb decided to let the patent lapse after they withdrew from the market in 2020. This effectively reduced the impact of voluntary licensing as other generic companies were able to manufacture the drug sooner than expected.

The model estimated the impact of voluntary licensing between 2015 and 2026 (i.e. five years after the manufacturer allowed the patent to lapse). It predicted that, compared to the scenario where voluntary licensing of daclatasvir was not introduced, there would be:

Nonetheless, this modelling study highlights that as well as driving down prices, voluntary licensing can offer substantial health benefits through earlier access to and accelerated uptake of affordable and optimal treatments in low- and middle-income countries. These findings offer important lessons for policymakers currently considering how best to improve access to patented medicines for COVID-19 and other conditions.

Australia: Free access to treatment for all people living with HIV, including those Medicare-ineligible

From 1st July 2022, people living with HIV in Australia who are ineligible for Medicare will be able to access their HIV treatment free of charge from government-funded hospital pharmacies.
Ending HIV
1 Jul 22
Access to healthcare

Advocates say that not expanding Medicaid in 12 US states is harming people with HIV.
TheBody
24 Jun 22
Injectable & long-acting PrEP

Is HIV care for most-at-risk groups as effective in the community as in a facility?

An evidence review from sub-Saharan Africa has found that HIV services delivered in community settings by and for key populations are at least as effective as facility-based care.
Be In The Know
17 Jun 22
More editors' picks