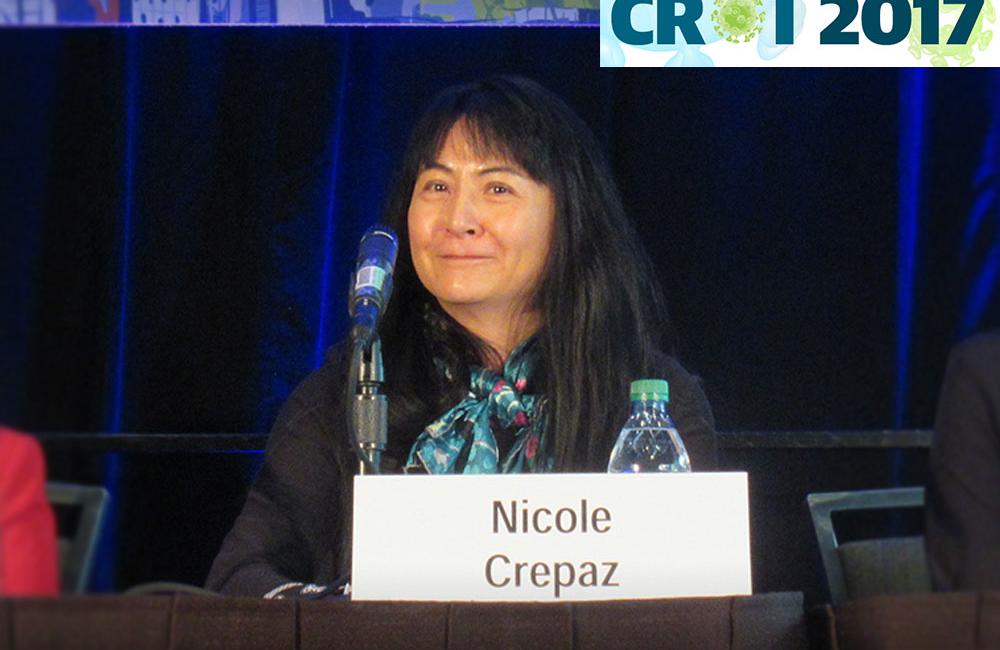 Sustained viral suppression over the course of a year may be a better measure than the most recent viral load test result when it comes to understanding access to and engagement in HIV care, according to a study by US Centers for Disease Control and Prevention (CDC) researchers presented on Tuesday at the 2017 Conference on Retroviruses and Opportunistic Infections (CROI) in Seattle.

The researchers found that overall, 48% of people had viral load below 200 copies/ml on all tests they received during 2014, while 8% never fell below this level. But there were substantial disparities based on sex, race/ethnicity and age.

Durable viral suppression among people with HIV in a community is an important public health indicator. People with low viral load are protected from disease progression, and those with undetectable levels are essentially unable to transmit the virus to others.

Nicole Crepaz and her CDC colleagues examined the proportion of people with durable viral suppression, those who never achieved viral suppression and changes in viral load status over time among participants in the US National HIV Surveillance System.

The most common measure of viral suppression used in surveillance studies and research on the HIV continuum of care is a single most recent viral load test being below 200 copies/ml. But this does not capture viral load dynamics over time – it may fluctuate according to access to healthcare, response to treatment and adherence.

(While most antiretroviral therapy trials use 50 copies/ml as the cut-off for undetectable viral load – indicating successful treatment – epidemiology studies often use the higher cut-off, which suggests that people are in care and on treatment, even if they don't manage to maintain full viral suppression.)

This analysis used National HIV Surveillance System data reported by 33 jurisdictions, representing 70% of all people diagnosed with HIV in the US. It included adults (age 13 or older) who were diagnosed with HIV by the end of 2013 and still alive at the end of 2014. Results were calculated for all individuals who met these criteria, as well as for the subset of people who had at least two viral load tests in 2014, taken as an indicator of being in HIV care.

Looking at just the 92,309 people who had only a single viral load test in 2014, 76% showed viral suppression at that point in time.

Based on these results, Crepaz said that relying on a single viral load test could over-estimate durable viral suppression by 20%.

The researchers also reported that 8% of tested individuals were never virally suppressed during 2014. They suggested that the third of diagnosed people who had no viral load tests during 2014 were probably not receiving regular HIV care and likely were not suppressed either.

Looking at changes in viral load status over the year among the 339,515 people who had two or more tests during 2014, and therefore were assumed to be receiving HIV care:

Conversely, black participants were more likely to have never achieved viral suppression in 2014 than Hispanics/Latinos or whites in almost every transmission category. For example, among gay and bisexual men, the respective proportions with persistent unsuppressed virus were 12%, 6% and 4% – white gay men were the least likely of all groups to never achieve viral suppression.

"Disparities by sex, race/ethnicity and age indicate [the] need for intensified efforts to reduce viral load and HIV transmission in the US, " the researchers concluded. But Crepaz also pointed out the good news that viral suppression was more likely to improve than to worsen over time.