A benign circle: how a combination of factors has reduced HIV infections in one of the hardest-hit parts of Africa

But migrants to area remain at higher risk
Gus Cairns 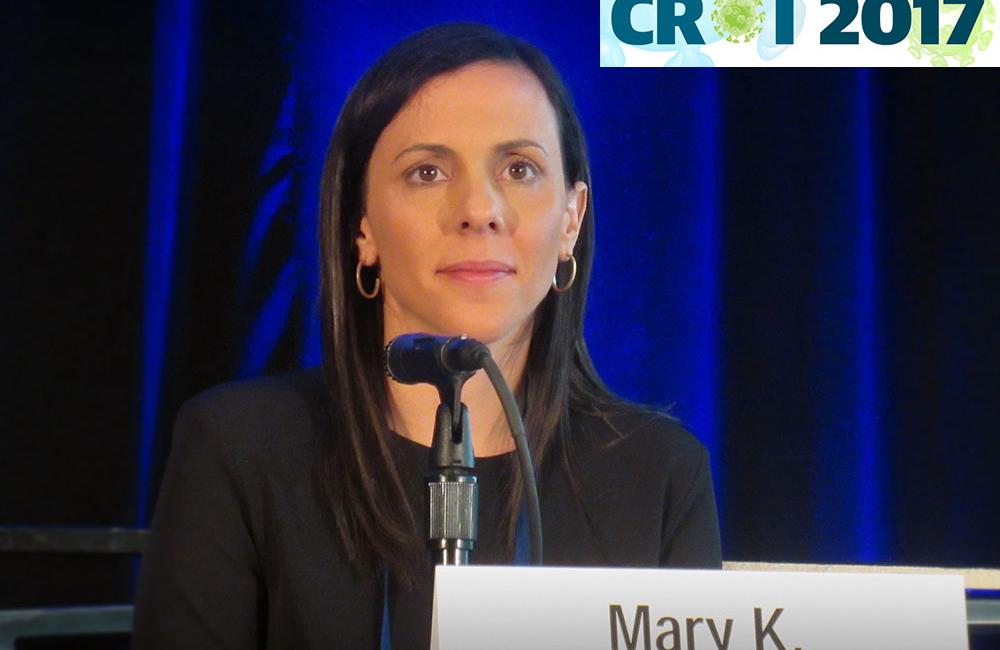 HIV incidence has started to tumble in one of the best-studied groups of people in Africa, the Conference on Retroviruses and Opportunistic Infections (CROI 2017) heard in Seattle today. The annual infection rate has fallen 40% in the last four years, the conference was told. A combination of factors, including wider availability of antiretroviral therapy, increased male circumcision, and later age of sexual debut in young people, all appear to be contributing to this decline.

Presenter Mary Grabowski confirmed that this is the first time a population-level decline in incidence in the Rakai cohort has been observed.

The Rakai Community Cohort Study, in a corner of southern Uganda, is probably the longest-studied group of people with, and at risk of, HIV in a low-income setting. This study, which dates from 1994-5 and was built upon an even older one dating from 1989, enrols every consenting adult aged 15-49 living in a 50-village territory and regularly ‘tops itself up’ with new members, keeping its participants at a level of about 12,000. Rakai has hosted many pioneering HIV studies ranging from the first study to show conclusively that HIV treatment reduced infectiousness to one of the three landmark randomised studies of medical male circumcision for HIV prevention.

Rakai was chosen as a site because it was the area first and hardest hit by HIV in Uganda; in 1989 it had an HIV prevalence of over 20%, only surpassed since by the later hyper-epidemic in southern Africa in the late 1990s. HIV prevalence fell to 13% by the mid-1990s and has stayed pretty steadily at that level ever since. At the time the fall in prevalence was ascribed to the success of behaviour change programmes, but was probably more due to deaths among the first wave of people infected during the peak of HIV incidence in the mid-1980s.

Incidence – the rate of new infections among a population – is a better guide to whether HIV epidemics are truly growing or shrinking, though true incidence is quite difficult to establish as it is affected by testing rates. However, in situations with an established HIV epidemic and high rates of testing, as in Rakai, new diagnoses are a reasonable surrogate for incidence. And in the last four years there is no doubt that it has decreased.

Antiretroviral therapy (ART) started to become available in Rakai by 2004 and by 2016, 69% of people with HIV in the cohort were taking ART. This has led to an increase in the proportion of people in the community who have HIV and are virally suppressed; this proportion, including the undiagnosed and those not on ART, rose from 42% in 2009 to 75% by 2016 (and thus achieved the UNAIDS 90-90-90 target).

A third significant change happened during the same period; young people started having sex later. The proportion of young people aged 15-19 who reported not yet starting sex rose from 30% to 55% over the 1999-2016 study period.

Grabowski confirmed that this is the first time a population-level decline in incidence in the Rakai cohort has been observed.

At the same time, however, prevalence has stayed stuck at a remarkably steady 13%, exactly what it was in 1994. This is probably due to the fact that ART is prolonging people’s lives and so the net total of people with HIV in the population is staying the same.

Migrants are more at risk within Africa

A second study looked at migrants to the Rakai area and compared HIV incidence in them versus permanent residents. Migrants were defined as a person “who moves to a new community with intention to stay”. Among the 13,991 people in this study, one third (4571 people) met this definition.

Annual HIV incidence was 0.88% in permanent residents, 0.97% in long-term settled migrants and 1.6% in recently arrived migrants.

This study confirms that in east Africa, as much as in other parts of the world, being a new arrival within a community is a risk factor for HIV in itself.

Data reported to UNAIDS by countries have been used to project the potential impact of the COVID-19 pandemic on the global HIV response over the next five years. Several scenarios with different durations of service disruptions of between three months and two years were modelled.
UNAIDS
14 Dec 20
Government, leadership & policy

Singer Elton John has joined leading British HIV/AIDS charities in calling for wider HIV testing to halt new transmissions in England within a decade, amid concerns that COVID-19 has affected access to tests and medication.
Reuters
1 Dec 20
Epidemiology

New HIV data, released today by the Kirby Institute at UNSW Sydney for World AIDS Day, are a reminder for Australia to sustain its efforts in HIV prevention amidst the COVID-19 pandemic.
University of New South Wales
1 Dec 20
More editors' picks