Tenofovir alafenamide PrEP protects monkeys from infection, but rectal and vaginal levels in humans may be too low 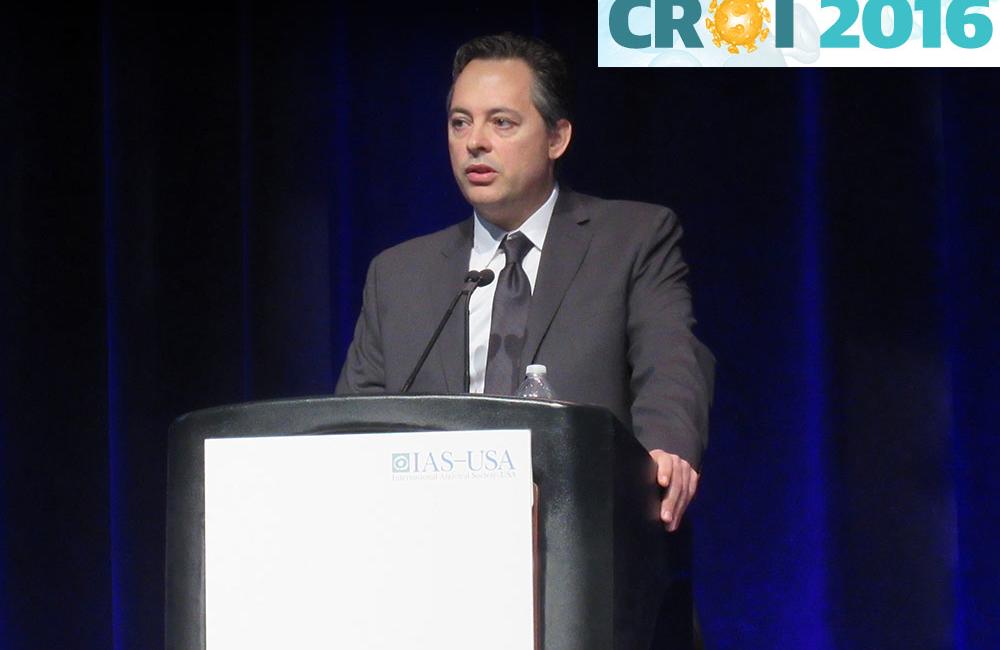 A proof-of-concept study showed that the new tenofovir alafenamide (TAF) plus emtricitabine (FTC, Emtriva) protected macaques from infection with an HIV-like virus, with a degree of protection similar to that previously seen with the older tenofovir disoproxil fumarate (TDF), researchers reported at the Conference on Retroviruses and Opportunistic Infections (CROI 2016) this week in Boston. But another study looking at TAF concentrations in rectal and genital tissue samples from women found lower than expected levels, which could mean it won't be as effective as TDF/emtricitabine (Truvada) for pre-exposure prophylaxis (PrEP).

Gilead Sciences’ Truvada is currently the only agent approved for HIV prevention in the US, France and a few other countries. Studies have shown that it dramatically reduces the risk of HIV infection when used consistently, with around 90% or better efficacy among gay men. TDF is generally considered safe and well-tolerated, but it can cause modest bone loss and kidney problems in susceptible individuals.

TAF is a new tenofovir pro-drug that delivers the active agent, tenofovir diphosphate, more efficiently to cells. TAF produces high intracellular drug levels with a 10-fold lower dose than TDF (25mg vs 300mg), which means about 90% lower drug concentrations in the blood plasma and less exposure for the kidneys, bones and other organs and tissues.

Gilead has requested approval of a dual coformulation of TAF/emtricitabine, which could be a successor to Truvada. Several studies – including one presented this week at CROI – found that antiretroviral regimens containing TAF/emtricitabine maintain viral suppression as well as those containing TDF/emtricitabine when used for HIV treatment, but with less detrimental effects on kidney function and bone density.

Kidney and bone side-effects among HIV-negative people using TDF/emtricitabine for PrEP are not fully understood. Most clinical trials – which excluded people with pre-existing kidney problems – did not see significant kidney toxicity or bone loss, but these have been reported in PrEP demonstration projects and ‘real world’ clinical use.

Some researchers and advocates have suggested that TAF could potentially be a safer alternative to TDF for PrEP, but it is not yet known whether it will be equally effective, given that it is distributed differently in the body.

Gerardo Garcia-Lerma from the US Centers for Disease Control and Prevention (CDC) presented findings from a study evaluating whether TAF/emtricitabine would prevent rectal infection in macaque monkeys exposed to an HIV-like virus called SHIV. Garcia-Lerma's team previously conducted much of the animal research showing that TDF/emtricitabine is effective for PrEP.

The study consisted of two parts. In the first part, animals were given a single dose of TAF to determine a human-equivalent dose in Indian rhesus macaques. TAF was administered orally at three different doses – 0.5, 1.5 and 4.5 mg/kg – to four macaques per dose. Tenofovir and tenofovir diphosphate (TFV-DP) concentrations were then measured in blood plasma, peripheral blood mononuclear cells such as T-cells (PBMCs) and rectal biopsy samples.

The researchers found that a 1.5 mg/kg TAF dose produced TFV-DP levels in PBMCs that were within the range achieved with 25mg once-daily dosing in humans. As seen in humans, a low 1.5 mg/kg TAF dose, about one-tenth the TDF dose, produces about 90% lower plasma tenofovir exposure. Biopsies suggested that TFV-DP levels were lower in rectal tissue with TAF than with TDF.

In the second part of the study, 6 Indian rhesus macaques were treated with TAF/emtricitabine (1.5 and 20 mg/kg) while another 6 received a placebo. After 1 to 24 hours, the animals were exposed to rectally administered SHIV (strain SHIV162p3), with repeated exposures for up to 19 weeks to simulate people at high risk for HIV infection.

Garcia-Lerma said the study design and procedures were the same as those previously used to demonstrate the effectiveness of TDF/emtricitabine in monkeys in a prior study that showed 5 of 6 animals were protected after 14 SHIV exposures, for an efficacy of 94%.

“We show that [TAF/emtricitabine] prevents rectal SHIV infection in macaques to a degree similar to that previously found with [TDF/emtricitabine] but with a substantially reduced TAF dose,” the researchers concluded. “High protection [was] achieved despite lower rectal TFV-DP exposure with TAF than with TDF.”

A second study, however, gives reason for caution about whether these promising animal findings apply to humans.

Katy Garrett from the University of North Carolina at Chapel Hill and colleagues from Gilead analysed tenofovir and TFV-DP concentrations in genital and rectal tissue and fluid samples obtained from 8 healthy women. Most participants were white and the median age was 27.5 years. Although all participants were women, the rectal tissue results may also hold for men.

As background, Garrett noted that the efficacy of oral TDF/emtricitabine PrEP has been low in clinical trials of women compared with the high levels of protection seen in studies of men who have sex with men. Social and cultural factors play a role, especially regarding adherence, but biological factors also appear to be important.

TFV-DP concentrations with TDF are lower in the female genital tract than in rectal tissue and the protective effect does not last as long. One analysis suggested that while rectal protection could be achieved with just 2 doses of TDF/emtricitabine per week – though the usual recommended minimum for gay men is 4 doses – female genital tract protection would require 7 doses.

In this study, women were treated with a single 25mg dose of TAF, and tenofovir and TFV-DP concentrations were measured in cervical tissue, vaginal tissue, cervicovaginal fluid and colorectal tissue over 14 days.

Since a 25mg dose of TAF produces TFV-DP levels 7-fold higher in PBMCs than a 300mg dose of TDF, the researchers hypothesised that TFV-DP concentrations in cervical, vaginal and rectal mucosal tissue would also be 7 times higher with TAF than with TDF.

Instead, they found that drug concentrations were lower in genital and rectal tissue than predicted, even though levels in plasma and cells were consistent with prior studies. Tenofovir levels in plasma were 19-fold lower with TAF than with TDF, while TFV-DP levels in PBMCs were 9-fold higher.

Tenofovir levels in genital tissue (cervical and vaginal combined) were about 2-fold lower with TAF than with TDF. Levels peaked at 12 hours after dosing and became undetectable by day 10. TFV-DP levels were below the level of detection in 75% of the genital samples after TAF dosing compared with 25% of samples after TDF dosing. Tenofovir levels in cervicovaginal fluid were about 11-fold lower with TAF.

Tenofovir concentrations in rectal tissue were about 10-fold lower with TAF than with TDF. Here, levels peaked by day 3 and remained detectable through the end of the 14-day study. TFV-DP levels were undetectable in 63% of the rectal samples after TAF dosing but always detectable after TDF dosing.

“Over 48 hours, tenofovir exposure in mucosal tissues was 2-10 fold lower after TAF than TDF” and “TFV-DP exposure was 13-fold lower in rectal tissue and 1-fold lower in the female genital tract,” the researchers summarised.

Garrett said additional research is needed to better understand the pharmacology of TAF in mucosal tissues and to determine pharmacological targets or surrogate markers that consistently predict what drug levels confer adequate protection from HIV infection.

In addition, we still do not know whether protection depends on tenofovir or TFV-DP levels in plasma, in genital or rectal tissues, or perhaps both.

Until more is known, both Garrett and Garcia-Lerma stressed that TAF should not be used for PrEP until clinical trials are complete and it is approved for this indication.

If TAF/emtricitabine for HIV treatment is approved in the US in the coming months, as expected, it will be important to educate potential users that they should not substitute the new coformulation for Truvada on an off-label basis.