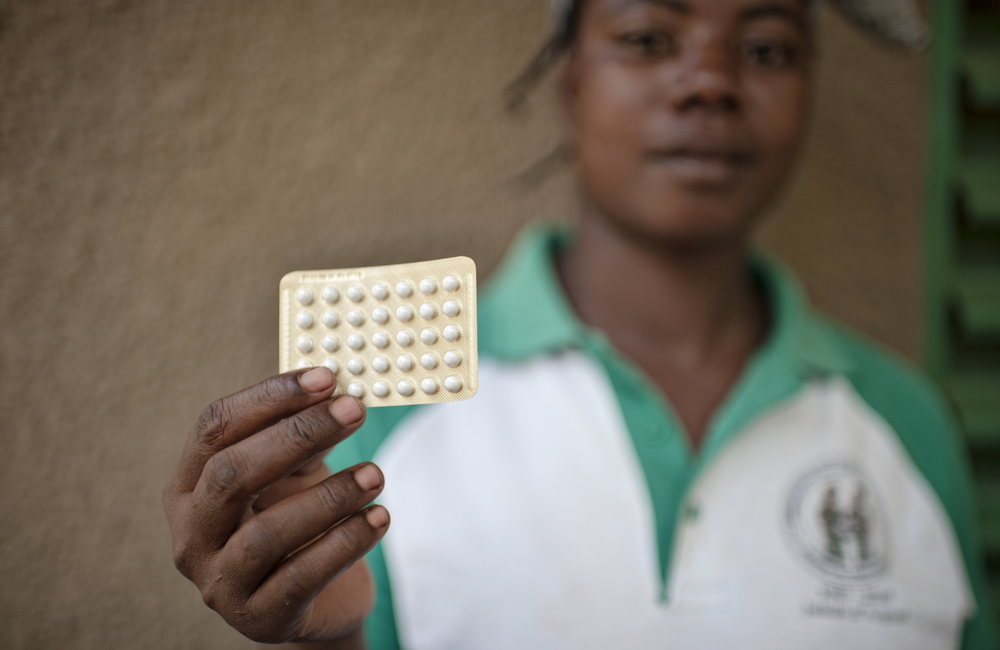 Over 25% of adolescents and young women in South Africa experienced stigma in the past three months in sexual and reproductive health clinics, while 40% have ever experienced it, investigators report in the BMC Public Health journal.

Additionally, a fifth of clinical staff and two-thirds of nonclinical staff agreed that “it is important to strongly advise adolescent girls and young women who want PrEP to stop having sex.” Many staff believed that talking harshly to young women wanting birth control/family planning/PrEP is right “because they are engaging in sexual behaviour”.

Clinic staff also reported seeing themselves as ‘mothers’ when providing services. Almost 90% agreed they would “treat the adolescent girl and young woman like my daughter if she wanted sexual and reproductive health services”. This made them rationalise the scolding and other stigmatising behaviours.

“Both AGYW [adolescent girls and young women] and clinic staff report the presence of PrEP stigma,” note the authors. “AGYW described more and different manifestations of stigma in the qualitative data compared with clinic staff. However, the survey data shows clinic staff reporting a similar level of observed stigma as AGYW report experiencing.”

An estimated 4200 adolescent girls and women aged 15 to 24 in sub-Saharan Africa acquired HIV every week in 2020. Within this region, South Africa had the highest HIV prevalence for adolescent girls and young women (10.4%). Consequently, there is an urgent need to expand access to HIV prevention among this group.

In South Africa, accessing PrEP requires a prescription and visiting a health clinic. While the country has implemented youth-friendly services to reduce some of the challenges in local health clinics, barriers to access persist.

Dr Laura Nyblade of RTI International and colleagues conducted a mixed methods study to explore stigma toward young women seeking sexual and reproductive health services – especially PrEP – from the perspectives of clinical and non-clinical staff and adolescent girls and young women at clinic sites in Tshwane province, South Africa, from 2018 to 2020.

Forty-three young women participated in six focus groups. They were 18-24 years old, had engaged in condomless sex with a male partner in the past three months, were not currently pregnant, were not living with HIV, and had sought Sexual and Reproductive Health (SRH) services in Tshwane province. The investigators also conducted surveys with 449 young women. Eligibility criteria were the same except for a wider age range (16-24 years) and that respondents had not necessarily sought services, but had all expressed an interest in PrEP.

The young women spoke about being subjected to rude, harsh, and judgemental lecturing.

“They [nurses] are very harsh…, most of the time they are so harsh to youth. Where I come from, they are harsh. You can’t even ask for assistance. I don’t think the clinics are a good place to go.”

In the survey, over 40% of respondents indicated they had ever experienced manifestations of stigma. A total of 26% of young women reported experiencing stigma in the past three months, while 13% said they had been refused services.

In the staff focus groups, stigmatising experiences were less discussed. When it was mentioned, it was attributed to ‘outlier’ individual staff instead of a pervasive occurrence or part of the service delivery culture.

However, almost 40% of clinical staff and 57% of nonclinical staff reported in the survey they had observed, in the past three months, staff unwilling to provide care for 16- to 17-year-olds seeking birth control, sexually transmitted infections (STIs), and antenatal or other care. Similar numbers reported hearing staff talking badly about 16- to 17-year-olds seeking these types of care.

And 20% and nearly 50% of nonclinical staff agreed with the statement that “talking harshly to AGYW wanting birth control/family planning is right because they are engaging in sexual behaviour.” Similar proportions agreed with a similar statement about adolescent girls and young women seeking PrEP.

Concerns about providing PrEP for adolescent girls and young women

“I don’t know, maybe I’m still backwards. I don’t know why I would allow myself for her to get the PrEP. Maybe I’m not ready to accept the reality that she would be active [sexually], you know?”

“Another thing that I’m thinking about the PrEP, yes, it would be good to prescribe it, but I’m just worried about these young girls, maybe it would encourage them to be promiscuous.”

Nearly 75% of clinical and non-clinical staff expressed worry that the provision of PrEP would lead adolescent girls and young women to take more sexual risks and that pregnancy and STI rates would increase.

“It’s like promoting the girls to do whatever they want, which is going to reflect that to them.”

“It will increase adolescent pregnancies because they will just not use condoms, because they know they are protected from HIV. They fear HIV more than pregnancy….”

A fifth of clinical staff and two-thirds of nonclinical staff agreed that “it is important to strongly advise AGYW who want PrEP to stop having sex.”

Over 20% of clinical providers said that if they had a choice, they would not provide SRH services to sexually active teenagers, while 15% stated the same for unmarried, sexually active young women aged 18 to 24.

Staff raised the challenges of providing SRH services to adolescent girls and young women, as they remind them of their daughters.

“You take this child as your own child…before I attended the AYFS [adolescent youth friendly service] course, I was, I was having this thing of, being more of a mother more than a professional, and that is, I think that is the thing that is making the adolescents to stay away from clinics.”

“I sometimes think that they are trying to be parent figures. Like they’re trying to prevent us from having sex, to abstain ‘cause they think we’re too young, but they’re doing it their own way cause they are being too harsh to us.”

In the survey, 89% of clinical staff agreed with the statement, “I would treat the adolescent girl and young woman like my daughter if she wanted sexual and reproductive health services”.

“Like at reception, they ask you, “why are you here to do?” when you say, “I’m sick”, they say, “be specific,” you say, “I’m here for that pill” and people behind my back are listening, people like my neighbours, my friends, my street mates, the whole place is gonna know that girl is on protected pills, she’s having sex...”

In the survey, 23% of young women said fears of clinic staff breaching confidentiality had ever kept them from getting healthcare, while 17% said it had done so in the past three months.

Clinical (20%) and nonclinical (44%) staff reported observing clinic staff disclosing the health or sexual activity status of young female clients in the past three months. Additionally, 28% of the clinical staff were unsure that their results would be kept private if they took an HIV test in their facility.

Impact on use of services

“So, when you go to the clinic most of the time, you get those nurses…she would look at you just like and then, “why do you need this thing? You are too young to be using this thing!” So that’s what most of us, it holds us back.”

“Sometimes at the clinic you don’t find the help which you need cause at the clinics you find that when you go there and ask for help, sometimes they just shout at you.”

“Understanding the prevalence, nature, and effect of clinic stigma on adolescent girls and young women is necessary to address barriers to clinic use and design clinic-level stigma-reduction interventions,” say the researchers. They used their findings to adapt the Health Policy Plus (HP+) Total Facility HIV stigma-reduction intervention and are currently testing its impact on PrEP stigma in South Africa.

It is a participatory stigma-reduction curriculum that is delivered by trained staff and clients from a healthcare facility. It provides a process for the clinic to analyse, deepen and institutionalise newfound understanding of stigma and action developed by staff through participatory training; for example, by re-examining the physical layout and way in which services are delivered.