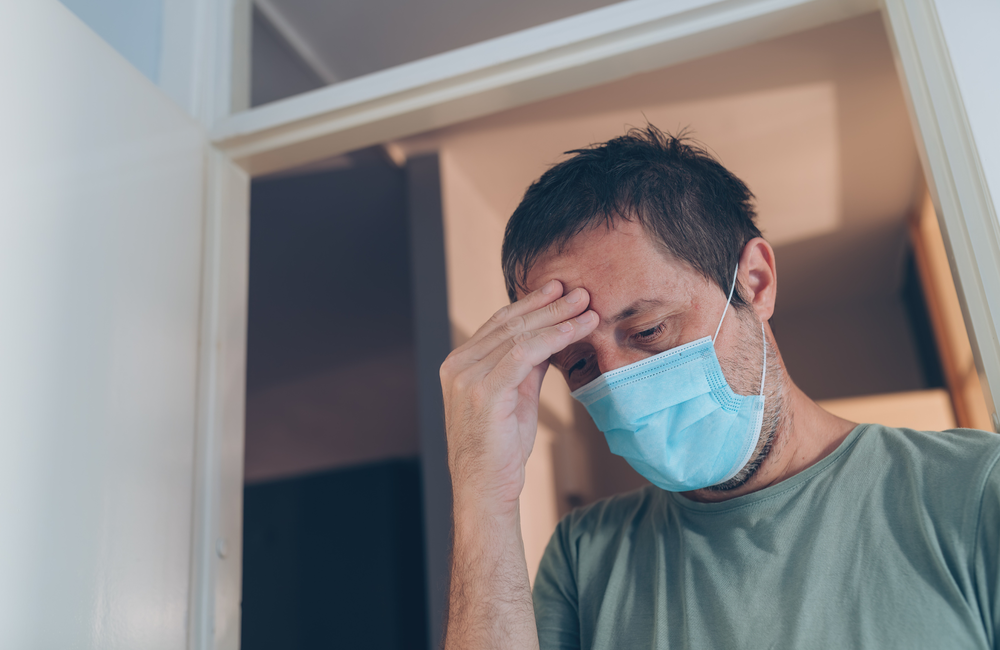 Bits And Splits/Shutterstock.com. Image is for illustrative purposes only.

However, the effect was only clear-cut in people aged 50 and over, probably due to the small number of cases of severe illness requiring hospital treatment in the under-50s.

The findings are consistent with another large study, carried out in men living with HIV in the United States, which showed that taking tenofovir disoproxil fumarate (TDF), the older formulation of tenofovir, significantly reduced the risk of symptomatic COVID-19 and hospitalisation with COVID-19 compared to people taking the new formulation of tenofovir (tenofovir alafenamide, TAF) or abacavir/lamivudine.

The Spanish research group first reported a potential protective effect of TDF/emtricitabine (FTC) in 2020 but the numbers included in the original study were small and some researchers were critical of the study design. They drew attention to the lack of information on comorbidities, or underlying conditions, that could increase the risk of COVID-19.

Critics also asked whether people included in the original study were taking drugs other than TDF/FTC as a consequence of reduced kidney function. TDF may be avoided as it is associated with an increased risk of chronic kidney disease, which in turn is a risk factor for severe COVID-19. They also noted that combinations containing TAF have been associated with weight gain and those containing abacavir with cardiovascular disease, both of which could raise the risk of severe COVID-19.

To further investigate the impact of TDF on COVID-19 risks and address criticisms of the previously published findings, Dr Julia del Amo of the Division of HIV in the Spanish Ministry of Health worked with colleagues in 69 HIV clinics taking part in the CoVIHd Collaboration in Spain.

The participating clinics, which provide care for 44% of people living with HIV in Spain, were selected because they had collected data on SARS-CoV-2 infections and hospitalisation due to COVID-19 in their patients with HIV.

The researchers analysed the risk of documented SARS-CoV-2 infection, hospitalisation with COVID-19, intensive care unit admission due to COVID-19 and death due to COVID-19 during 48 weeks in 2020, starting on 1 February and ending on 31 December 2020.

People with HIV were eligible for inclusion in the analysis if they were on antiretroviral treatment and virally suppressed below 50 copies/ml. The analysis included 51,558 people (39% receiving TAF/FTC, 12% receiving TDF/FTC, 26% receiving ABC/3TC and 21% other regimens).

The prevalence of underlying conditions associated with increased COVID-19 risk varied according to NRTI backbone. Chronic kidney disease was present in 3.4% of those on TDF/FTC, 5.2% of those on TAF/FTC and 8.3% of those on ABC/3TC. Similarly, rates of hypertension and diabetes were lowest in those receiving TDF/FTC.

In contrast, the risks of SARS-CoV-2 infection, hospitalisation and death were significantly higher in people who received abacavir/3TC compared to those who received TAF/FTC.

"A larger pooled analysis of international cohorts is needed to establish whether the effect seen in this study can be replicated in a more diverse population."

Because age has emerged as the strongest predictor of severe COVID-19 outcomes in the general population, the investigators carried out a separate analysis that assessed the risk of infection and hospitalisation with COVID-19 according to regimen in people under 50 and over 50 years of age.

They found that the NRTI backbone made no significant difference to either outcome in people under 50 years of age. In people over 50, taking TDF/FTC was associated with a significantly lower risk of hospitalisation compared to TAF/FTC (RR 0.49, 95% CI 0.24-0.81) while abacavir/3TC was associated with a significantly greater risk of hospitalisation (RR 1.40, 95% CI 1.08-1.79).

Nevertheless, the study authors say that there is some evidence from laboratory studies that tenofovir inhibits SARS-CoV-2 replication. The drug may reach high concentrations in the cells lining the lungs and the airways and one animal study has shown that the combination of TDF and emtricitabine increased the clearance of SARS-CoV-2 in samples taken from the nose.

Although the study authors say that their findings support the establishment of clinical trials to test TDF/FTC for prevention and early treatment of COVID-19, the small number of hospital admissions and deaths recorded in this study population suggests a larger pooled analysis of cohorts from Europe, North America and South Africa is needed to establish whether the effect seen in this study can be replicated in a more diverse population, particularly with regard to gender and CD4 count.