Is a simple sofosbuvir plus ribavirin regimen suitable for difficult-to-treat hepatitis C patients? 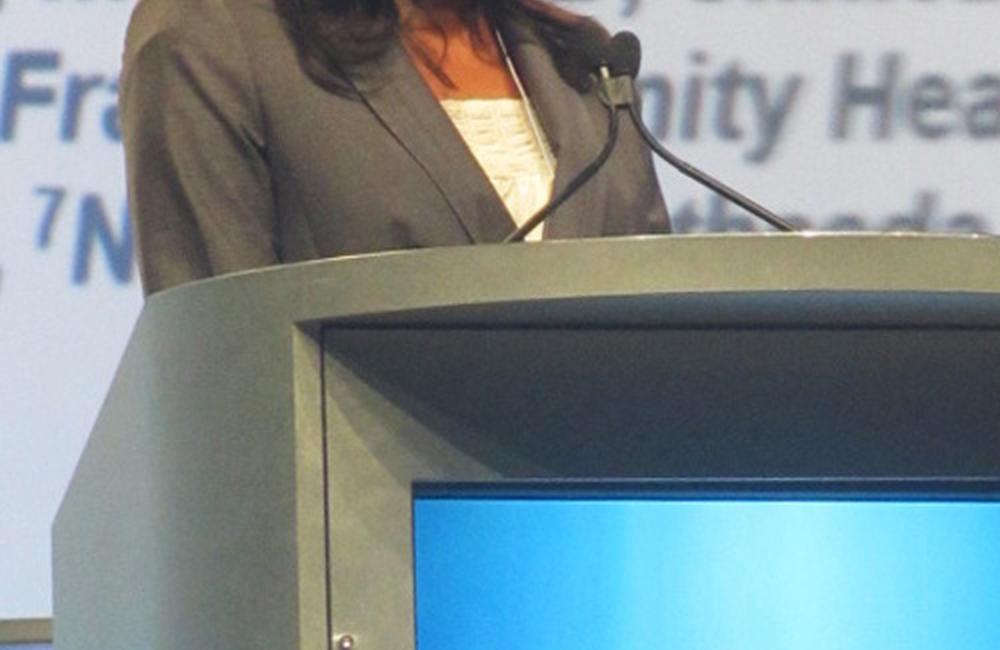 An all-oral dual regimen of sofosbuvir (GS-7977) plus full-dose ribavirin was well-tolerated and produced four-week post-treatment sustained response in approximately three-quarters of previously untreated genotype 1 chronic hepatitis C patients in an inner-city pilot study, researchers reported at The Liver Meeting 2012, the recent 63rd Annual Meeting of the American Association for the Study of Liver Diseases (AASLD) in Boston. Reducing the ribavirin dose, however, lowered response rates.

The advent of direct-acting antiviral agents that target different steps of the hepatitis C virus lifecycle has brought about a new era of treatment. The first such drugs must be used with pegylated interferon and ribavirin, but several all-oral regimens now being evaluated offer the hope of a cure for people who cannot tolerate or are reluctant to face the difficult side-effects of interferon.

Many controlled clinical trials do not enrol the most difficult-to-treat patients – considering biological, demographic and socioeconomic factors – and as such their results may look better than those seen in 'real-world' practice.

As described in a late-breaker presentation by Anu Osinusi from the US National Institute of Allergy and Infectious Diseases, investigators with the SPARE trial tested a two-drug interferon-free regimen of sofosbuvir plus ribavirin for difficult-to-treat patients.

Gilead Sciences' sofosbuvir (formerly GS-7977) is a once-daily nucleotide analogue HCV polymerase inhibitor. Early data from the ELECTRON trial showed that sofosbuvir plus 1000 to 1200mg/day weight-adjusted ribavirin for 12 weeks produced 100% sustained virological response (SVR) at 24 weeks post-treatment for previously untreated people with easier-to-treat HCV genotypes 2 or 3. The SVR rate fell to 60%, however, when the ribavirin dose was reduced to 800mg/day. The response rate was also lower (68%) for treatment-experienced genotype 2/3 patients.

Genotype 1 patients receiving sofosbuvir plus ribavirin experienced an initial rapid decline in HCV RNA and had undetectable viral load at the end of 12 weeks of treatment, but almost all prior null responders relapsed soon thereafter. The ELECTRON trial went on to test sofosbuvir plus ribavirin with a third drug, Gilead's HCV NS5A inhibitor GS-5885, in genotype 1 treatment-naive patients and prior null responders. Results from this analysis were also presented at the Liver Meeting, as were findings from a study testing a promising 12-week dual regimen of sofosbuvir plus Bristol-Myers Squibb's NS5A inhibitor daclatasvir.

The SPARE team looked at people who were previously untreated and mostly did not have advanced liver disease, but otherwise had characteristics associated with poor response.

The analysis included 60 people in Washington, DC, where the HCV prevalence rate is estimated at about 1.8%. About 85% of participants were African-American, a group that responds poorly to interferon. Recent research has attributed this to a lower frequency of the favourable IL28B 'CC' gene pattern associated with interferon responsiveness. Approximately 80% of SPARE participants had the unfavourable 'CT' or 'TT' patterns. About half were obese and roughly one-quarter had advanced fibrosis.

Looking at virus characteristics, 70% of participants had HCV subtype 1a, which is harder to treat than subtype 1b. About 60% had high baseline viral load (>800,000 IU/mL).

In part 2, among full-dose ribavirin recipients, 96% – again, all but one participant – had viral load below the lower limit at weeks 4, 12 and 24 of treatment in an intent-to-treat analysis. Some patients relapsed after the end of therapy, however, yielding a 4-week sustained response rate of 72% (75% in a modified intent-to-treat analysis).

Participants who received the lower ribavirin dose also had a 96% early response rate at week 4. Three people dropped out by week 8. The response rate was 88% at weeks 12 and 24 of treatment, but fell to 56% by 4 weeks post-treatment (64% in a modified intent-to-treat analysis).

Relapse was not independently predicted by baseline factors including high viral load, IL28B gene pattern, being African-American, obesity, extent of fibrosis or – despite the lower 4-week SVR rate in the latter group – by high versus low ribavirin dose.

Both dose regimens were generally safe and well tolerated. Most side-effects were reported by fewer than 5% of participants and there were no severe (grade 4) adverse events or early discontinuations for this reason. However, elevated bilirubin (11 vs 4%) and anaemia (20 vs 4%) were more common in the full-dose compared with the low-dose ribavirin arm.

"In this inner-city population of HCV genotype 1 subjects, an interferon-free regimen of [sofosbuvir] with ribavirin was well tolerated and effective in achieving sustained virological response," the researchers concluded.

Whilst these findings were generally well received, other data presented later at the meeting raised concerns. Although the effect of lowering the dose of ribavirin did not reach statistical significance in the SPARE study, most other research indicates that it plays an important role in preventing relapse.

Based on the ELECTRON findings, SVR at week 4 post-treatment is too soon to declare patients cured. In that study almost all genotype 1 prior null responders relapsed, but so did some treatment-naive participants. Although Osinusi emphasised that the SPARE and ELECTRON populations were too different to allow direct comparison of response rates, it appears that adding a third oral drug – or perhaps a dual combination of direct-acting antivirals without ribavirin – could offer better efficacy for genotype 1 patients without necessarily reducing tolerability to an unacceptable degree.

Osinusi A et al. High efficacy of GS-7977 in combination with low or full dose ribavirin for 24 weeks in difficult to treat HCV infected genotype 1 patients: interim analysis from the SPARE trial. 63rd Annual Meeting of the American Association for the Study of Liver Disease, Boston, abstract LB-4, 2012.