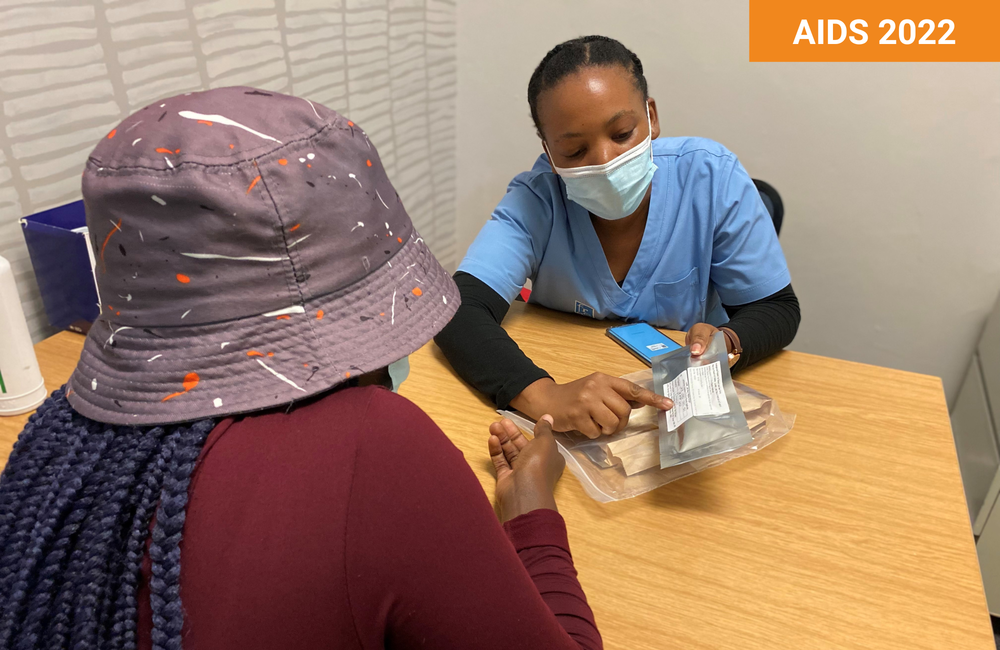 Only one in eight HIV cure studies are being conducted in sub-Saharan Africa, but a few important studies have got off the ground in recent years. In South Africa, young women with very recent infection are testing broadly neutralising antibodies and vesatolimod, while gene therapy research is underway in Uganda. In the prevention field, early work on an mRNA vaccine is being done in Rwanda and South Africa.

The studies were discussed at a pre-conference meeting on cure held before the 24th International AIDS Conference (AIDS 2022), as well as at the conference itself.

Curing complex conditions like cancer and inherited diseases can involve equally complex, expensive drugs. This is especially problematic with HIV, an infectious disease targeting, in general, the poorest and most disadvantaged people in the world. Sub-Saharan Africa accounts for almost 70% of the global HIV burden and 59% of new global infections in 2021.

Dr Elizabeth Barr of the US National Institutes of Health told the pre-conference meeting that they had counted 162 HIV cure studies in 2019. Of these, three-quarters were being conducted in North America (76, almost all in the US) or in Europe (44, with France leading the way at 12). There were 23 in Asia and Oceania and eight in Latin America and the Caribbean, and only 19 (12%) in sub-Saharan Africa.

In addition, crucial groups, most notably women, were under-represented. Only one in six cure study participants were cisgender women and 1.4% were transgender people (mainly women), even though women respond to HIV differently from men. People over 50 only formed 7%.

But how to involve people in the global South in cure research now? We need to do this not only to ensure universal applicability if one is developed and to ensure fair inclusion, but also to counter myths and misunderstandings (for instance, that a particular therapy is a cure rather than a single step on a long road).

Perhaps the best example of paying attention to the needs and expectations of participants in cure research in lower-income settings is provided by the FRESH cohort in KwaZulu-Natal, South Africa (the FRESH acronym stands for Females Rising through Education, Support, and Health). Based on a similar cohort in Thailand, it recruits young women aged 18-23 in one of the highest-incidence areas for HIV in the world.

It tests its participants for HIV very frequently – twice a week. The object is to treat them in the very earliest detectable states of HIV infection (Fiebig 1 and 2, before antibodies appear) to find out if this limits the progression of HIV later, and what the immunological signature of the young women is, to see if it can be reverse-engineered into a vaccine or cure for others.

Dr Krista Dong of FRESH told the meeting that so far it has recruited 2916 young women of whom 90 have tested HIV positive. The median number of days, it is estimated, between infection and the first positive test is only four – an extraordinary achievement in itself. All 90 are on antiretroviral therapy (ART).

Of these, 29 have so far consented to leukapheresis, the process of extracting lymphocytes so their immune function can be tested.

But FRESH is a lot more than just a test-early-and-treat project. It also offers an empowerment and life-skills curriculum for its participants with computer training, literacy and numeracy classes, and workshops. The women are tested for HIV twice a week over a nine-month period when they come to attend the empowerment classes.

It is partly the mark of the painstaking consideration that went into FRESH that clinical trials of potential prevention and cure therapies only started in 2021 even though the cohort started recruiting in 2012. (It is also due to a year under COVID lockdown during which tests were suspended, floods cut the road to the research clinic, and political unrest led to the wrecking of the clinic – which re-established itself the next day in the car park of a local hospital.)

The first study was a prevention one, of using a Lactobacillus supplement to treat bacterial vaginosis and see if it helped prevent infection.

But the second study is a phase 2a acceptability and tolerability cure study: in partnership with Gilead Sciences, 25 participants are being given two broadly neutralising antibodies, VRC07-523 and CAP256V, in combination with Gilead’s TLR-7 agonist, vesatolimod. ART will be stopped for up to 43 weeks (or longer if viral suppression is maintained). The first participant received her first ART plus antibody infusions on 13 July this year.

Led by a team of African scientists, IAVI G003 has enrolled 18 healthy HIV-negative adult volunteers to test whether vaccine injection with eOD-GT8 60mer, delivered via Moderna’s mRNA platform, can induce similar immune responses in African populations as were seen in IAVI G001.

Results from IAVI G001 (in US adults) demonstrated that vaccination with the HIV immunogen eOD-GT8 60mer safely targeted naïve B cells with specific properties in 97% of recipients. This process is known as germline targeting. Once stimulated, this specific class of B cells can generate broadly neutralising antibodies (bnAbs). The induction of bnAbs is widely considered a goal of an efficacious HIV vaccine, and this B-cell activation is the first step in that process.

All participants of the IAVI G003 will receive two doses of eOD-GT8 60mer mRNA, and their immune responses will be examined to evaluate whether the targeted responses have been achieved. Novel sampling techniques being used in this trial include ultrasound-guided fine needle aspiration, where two weeks after each immunisation, a thin needle will be used to access the lymph nodes of participants to monitor in real-time B-cell responses in germinal centres. Another technique is leukapheresis, where eight weeks after the second dose, white blood cells will be extracted from participants to allow deep characterisation of the B-cell responses.

From Uganda, Dr Cissy Kityo told the conference that the Joint Clinical Research Centre in Kampala has teamed up with Fred Hutchinson Center in Seattle to develop a gene therapy treatment for HIV that will be ready for testing in Uganda by 2024. This will be the first gene therapy trial in Africa. The licensed product which will be evaluated in Uganda is the Anti-HIV duoCAR-T cell therapy; it modifies T cells such that they may be able to directly control HIV in the absence of therapy. This product is currently being evaluated in Phase 1 clinical trials at the University of California, San Francisco.

Uganda is also currently developing genetic engineering policy and the regulatory approval pathway. One Ugandan scientist is currently being trained to manufacture gene therapy products at the Fred Hutchinson Center.

But what do people living in Africa want from an HIV cure? What will it need to cost? What can be practically given in non-urban clinics? Are interventions like gene therapy acceptable? These are the questions Professor Sharon Lewin, the new president of the International AIDS Society, wants researchers to consider when undertaking HIV cure trials in Africa.

She also pointed out that scientific issues like HIV subtype, genetics unique to the dominant African population, and common prevalent co-morbidities must be considered by HIV cure research scientists in Africa.

While strengthening HIV cure research in Africa is a top priority because of the high burden and distinct characteristics of HIV in the region, a cure which is scalable, affordable and available will only be achieved if researchers engage and work with affected communities, local scientists, and local HIV care advocates.

Correction: This article was updated on 26 August 2022 to remove an incorrect sentence about paediatric studies in Elizabeth Barr's survey.