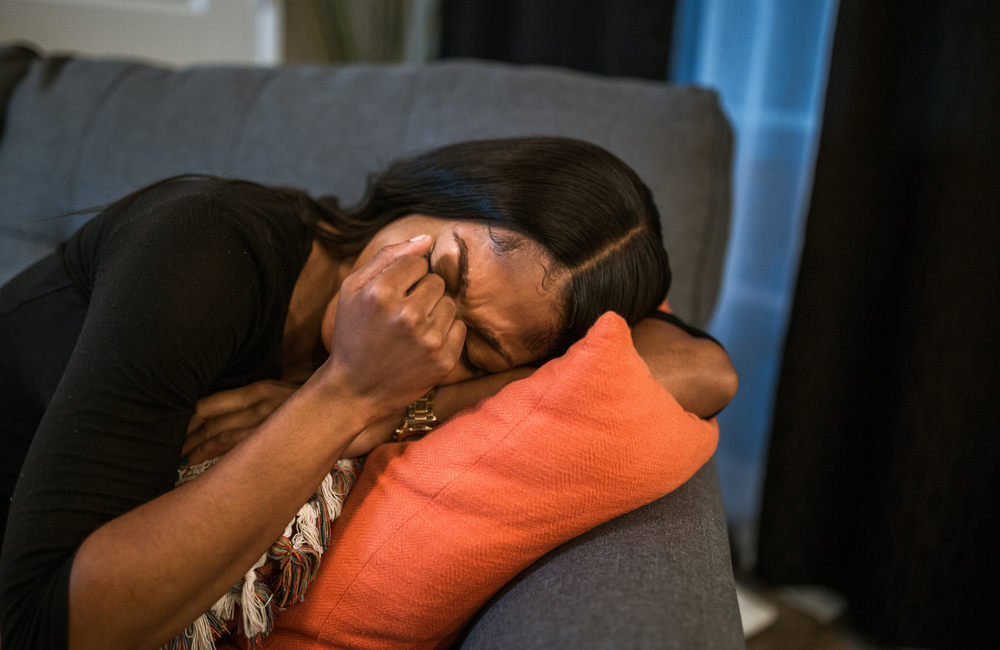 A qualitative study among women in Atlanta and San Francisco has found a mutually reinforcing cycle of food insecurity, intimate partner violence, poor mental health, and substance use, which leads to increased risk of HIV infection among women and poorer health outcomes for women with it.

Food insecurity and intimate partner violence are associated with an increased risk for acquiring HIV as well as poor HIV health outcomes. Black, Hispanic or Latino, low-income, and female headed households are more likely to be impacted by food insecurity - as are women with HIV.

Intimate partner violence is experienced by an estimated 36 % of women in their lifetime and research suggests women of color and women living with HIV are more impacted.

Previous studies found a bi-directional relationship, with experiences of food insecurity predicting intimate partner violence and vice versa. Some research suggests that poor mental health and relationship conflict may be an underlying link between the two.

The study, led by Dr. Anna Leddy of the University of California San Francisco, sought to examine the intersection of food insecurity and intimate partner violence in the context of HIV, which had not been studied previously.

Researchers interviewed women who were part of a larger study that follows women living with HIV and a control group of HIV-negative women with a history of STIs or other characteristics that indicate an increased risk for HIV. The study collects survey, clinical, and biographical data twice a year from participants.

From January to March 2019, at two of the study sites in Atlanta and San Francisco, researchers recruited women who reported recent physical, sexual, or emotional violence from an intimate partner and marginal, low, or very low food security. These sites were chosen due to geographic diversity and their differences in provision of social supports.

Most participants (17) reported very low food security. This means that they experienced disruptions in eating patterns or reduced food intake because they lacked the resources to buy food. All other participants reported low or marginal food security. Most women relied on safety-net programmes such as social security or food stamps but all participants said the services were insufficient to meet their daily needs.

The intersection of violence and food insecurity

Many women in the study discussed needing to rely on partners for basic needs such as food. This created an unequal power dynamic, leaving them vulnerable to abuse. It also made them feel unable to leave the relationships, especially if the relationship provided resources for their children. As one woman described:

“We’d get just in a bad situation where we think the guy’s going to help us out and help us with food and our children and stuff. … And instead it turns into an abusive relationship—some women just…let it happen because these day and time it’s hard to…get a meal.”

Stress about lack of food often caused conflict and violence within relationships. Several women said their partners would eat most or all of the available food, leaving none for the rest of the family:

“It kind of pissed me off ’cause the way I had to calculate everything… it’s enough just for me and my kids. Then when my baby daddy back in the day was staying with me…he’ll try to eat up everything… But he didn’t buy the food. And then if he get mad at me and shit, he gonna take my shit out the freezer and shit and sell it, and he ain’t thinking about the kids.”

Other women discussed how leaving abusive situations triggered their food insecurity, with one woman sharing that leaving her partner was the start of her being homeless and hungry.

Poor mental health and substance use

Women in the study described feelings of failure, low self-worth, and shame stemming from their experiences with food insecurity and violence. This caused emotional pain, negatively impacting their sense of self.

“It has made me feel unworthy, you know, that I can’t get food. It makes me feel less of a person…I’m not worthy of getting the basic stuff that I need.”

The reverberations of violence and food insecurity were often long lasting. One woman, who became homeless after leaving an abusive partner and had to exchange sex for food to survive, shared that:

“Mental illness, which is all that trauma…and drugs go hand-in-hand. They go hand-in-hand because mental illness most of the times, well, for me, is what caused me to use dope…I wanted to suppress all the shit that had happened, and I didn’t know no other coping mechanism but to get high.”

The interviews illuminated a vicious cycle, where poor mental health and substance use perpetuated more food insecurity and violence.

The impact on HIV risk and health outcomes

This cycle often led to women in the study being at an increased risk for acquiring HIV. One woman described “giving up” and acquiring HIV through sharing syringes with her abusive partner. Other were put at risk through transactional sex and sexual violence:

“I think people that’s got drugs and alcohol, any kind of that substance… are more capable of getting infections like that [HIV] because they’re constantly kind of like numb…So I think that it made me more easy to get caught up in situations. And especially the guys, because they feel real loose and they will rape you and bunches take turns.”

Depression, not having food, and violence often led to medication nonadherence:

“…sometimes if I know I haven’t eaten, I might not take a certain medication…If I’m not eating, I don’t want my stomach to feel really bad…sometimes if I’m going through those violent situations, to block all that or to counteract that, I might start using. And then if I’m using, I’m definitely not eating or taking the medication.”

Poor mental health, substance use, competing survival needs, and lack of energy from physical hunger all kept women from keeping their clinic appointments. So did shame from signs of abuse:

“I couldn’t even go to the doctor ’cause I had black eyes. So, that’s—it’s very embarrassing.”

These interviews underscore the mutually reinforcing and co-occurring nature of food insecurity, violence, poor mental health, and substance use, and how these experiences lead to increased risk for HIV acquisition and poor HIV health outcomes.

The findings of this study suggest that the often-used SAVA (substance use, HIV/AIDS, and violence) framework may be incomplete, as it does not include the intersecting issues of poor mental health and food insecurity. The authors call for further research to explore these intersections, suggesting researchers use a syndemic approach.

Leddy, A et al. Intersections of food insecurity, violence, poor mental health and substance use among US women living with and at risk for HIV: Evidence of a syndemic in need of attention. PLOS ONE, 26 May 2021.

Black women with HIV face intersecting forms of stigma, discrimination, and disadvantage. Yet WE, not the systems that fail us, are often blamed. Why are we so “hard to reach,” we are often asked? Why are we so “untrusting”?
TheBody
30 Jan 23
Health problems & ageing

Among women with HIV treated with antiretrovirals, greater cumulative viremia increased the risk of multimorbidity and of developing each of five specific non-AIDS comorbidities.
Healio
24 Jan 23
Child developmental issues

The judgement follows a case brought forward in 2014 by a Kenyan woman living with HIV who was coerced by professionals at a health facility to undergo tubal ligation thus taking away her ability to have children. The High Court found that the performance of this operation without consent amounted to a violation of her human rights.
UNAIDS
20 Dec 22
More editors' picks