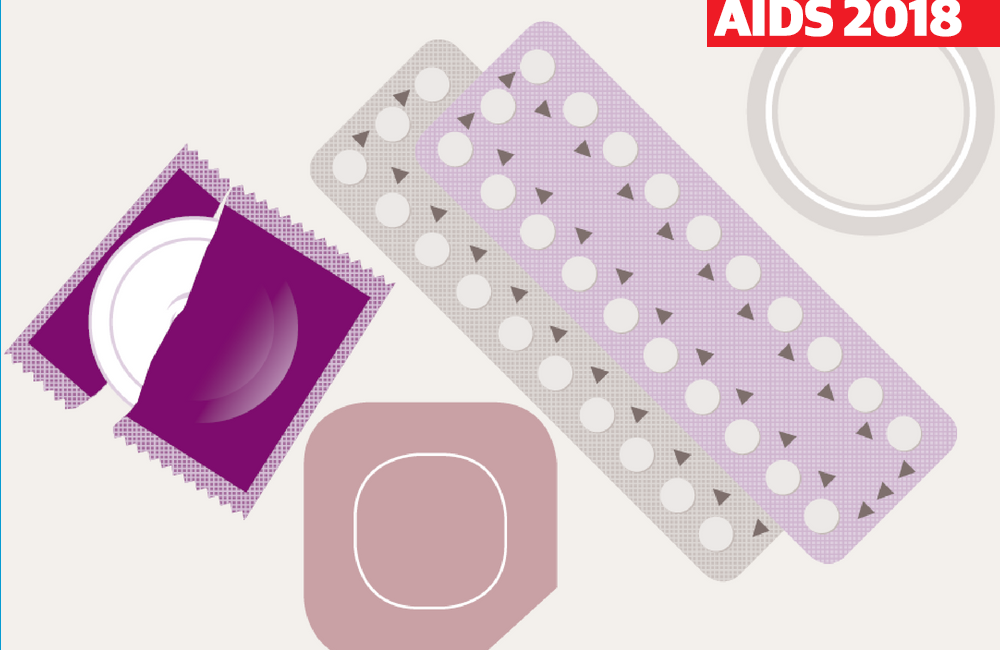 The needs for safe conception services and a wider choice of contraception for women living with HIV in sub-Saharan Africa were highlighted last week at the 22nd International AIDS Conference (AIDS 2018) in Amsterdam.

Recent international and country-level guidance on the use of the antiretroviral drug dolutegravir with effective contraception, due to the risk of neural tube defects in infants exposed to the drug during the early weeks of pregnancy, drew attention to gaps in contraceptive availability.

A study covering four countries in southern and eastern Africa found high rates of unintended pregnancy among women on antiretroviral treatment due to lack of access to effective contraception.

A second study looked at the outcomes of a demonstration project designed to help women with HIV and the HIV-negative partners of men with HIV conceive safely.

Among 1985 women living with HIV on lifelong antiretroviral therapy (ART) from eight sites in Uganda, Zimbabwe, Malawi and South Africa, overall half (49.9%) said their last pregnancy was unintended with over half not wanting to have more children. Dr Jim Aizire, reported on behalf of the long-term PEPFAR-PROMOTE cohort study, at the conference. The study, an extension of a completed mother-to-child transmission prevention trial, enrolled mothers and their children from December 2016 to June 2017.

Differences in unintended pregnancies varied considerably by site, from over 80% in Durban, South Africa, to close to 30% in Kampala, Uganda, and Harare, Zimbabwe, (p < 0.001).

Injectables and implants were the most common methods reported overall, 40.6% and 19.3%, respectively.

An estimated 90% of unintended pregnancies among African women are associated with not using effective contraception. Over 60% of women have an unmet need for effective family planning methods in the region, and for women living with HIV it is estimated to be considerably higher.

Studies suggest that choice of contraception can influence the sexual health of a women and/or her male partner. Limited data exist on specific contraceptive use and sexual health in sub-Saharan Africa, a region with the highest burden of HIV, of which women of reproductive age account for over 60%.

LARC is the most effective reversible contraceptive for extended periods of time, not needing any user action. For many countries in the region, injectables account for over 50% of all reported family planning methods.

Age, marital status, having the desired number of children, clinic travel time, household water and electricity in all multivariable models were not associated with contraceptive choice.

Dr Aizire concluded while unintended pregnancy is common among women living with HIV in sub-Saharan Africa, LARC do offer acceptable contraceptive choices in this context. These findings, he added, support further programmatic research for an integrated approach of delivering ART and LARC for African women living with HIV who face unique reproductive health challenges.

While pregnancy incidence was high among adults (in 334 partnerships with at least one partner HIV-positive) wishing to conceive and enrolled in safer conception care at Witkoppen Clinic in Johannesburg, South Africa between July 2013 and July 2017, women living with HIV were less likely to get pregnant compared to HIV-negative women (incident rate ratio (IRR): 0.48, 95%; CI:0.28-0.87). Dr Sheree R. Schwartz, presented on behalf of the Sakh’umndeni (‘building the family’) demonstration project at the conference.

Of the 98 pregnancies among 88 women, the majority (75) were living with HIV. Overall 66 (67%) delivered a baby while one in four miscarried.

There were no HIV transmissions between partners or to the child.

Median time to pregnancy was 0.8 years for HIV-negative women, yet it was almost three times as long (2.3 years) for women living with HIV.

Dr Schwartz highlighted the need for ways to reduce onward transmission risks during this lengthy attempted conception given that viral suppression among women on ART cannot be assumed.

HIV affects many couples in South Africa. With prompt and early diagnosis, treatment and adherence, normal life expectancy is possible. Responding to couples attending the HIV clinic who wanted to have children, the Safer Conception Clinic began with the goal to help couples achieve their reproductive wishes while minimising the risk of HIV transmission between partners trying to get pregnant and preventing HIV infection of the baby.

Of the 2956 safer conception visits 88% of the couples had one or more visits with an average number of 7.5 and 3.8 visits for women and men, respectively.

Safer conception strategies for HIV prevention and fertility planning appear effective. However, keeping a patient in regular care over a lengthy period of time to maximise health and then achieve pregnancy is problematic for health systems and patients.

Watch the webcast of this presentation on slide.