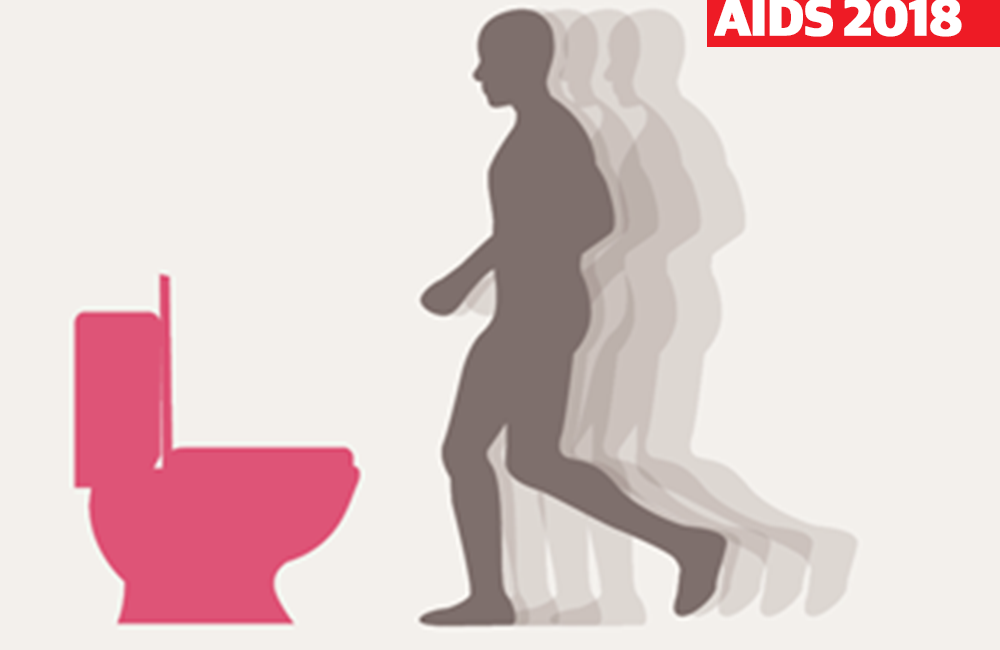 A meta-analysis of 38 clinical trials of antiretroviral therapies (ART) conducted in the past decade found that an average of 17% of study participants suffered from diarrhoea, with no improvement in more recent studies. Diarrhoea has multiple causes and only some of these cases are likely to be due to the drugs used in the studies, but it remains a significant co-morbidity that affects people’s quality of life. The analysis was presented at the 22nd International AIDS Conference (AIDS 2018) in Amsterdam last month.

The investigators identified efficacy trials of anti-HIV drugs, conducted in the United States (including multinational trials), between 2008 and 2016, that were listed on www.clinicaltrials.gov. The incidence of diarrhoea reported in each trial was examined for both intervention and control groups.

Over 21,000 people took part in the 38 trials that were identified. In 21 trials, people took ART for the first time, with the rest being studies of people changing treatment. The drugs being taken included dolutegravir, raltegravir, elvitegravir, efavirenz, rilpivirine, atazanavir, darunavir, cobicistat, emtricitabine and tenofovir.

It is important to note that the incidence of diarrhoea reported does not reflect only new cases of diarrhoea or cases that could be attributed to a person’s HIV treatment. A trial participant might simply continue to have the diarrhoea that they already had.

The median incidence of diarrhoea was virtually identical in intervention and control arms of studies, at 17.5% and 17.9% respectively. Comparing trials conducted a decade ago with those conducted more recently, there was no change over time even though the drugs studied had changed.

The rate of diarrhoea reported amongst trial participants tended to be much higher than the rate of diarrhoea reported as an adverse event in the US Food and Drug Administration-approved package insert. For example, the label for the single-tablet regimen Stribild (elvitegravir/cobicistat/emtricitabine/tenofovir) reports 12.0% as side-effect, whereas 20.6% of those taking the tablet in studies experienced diarrhoea.

Diarrhoea was more commonly reported by people taking HIV treatment for the first time (19.7%) than for people who had previously taken treatment (13.7%). This difference, which was statistically significant, could reflect a higher incidence of drug side-effects in people first encountering ART, but could equally well be due to persistent gut damage in treatment-naive people with hitherto untreated HIV infection.

“The incidence of diarrhea as an adverse event in HIV clinical trials has not declined significantly in the modern cART era,” conclude David Asmuth and colleagues. “These findings emphasize the need for more targeted epidemiologic and interventional studies to characterise the residual morbidity of gastrointestinal complaints in people living with HIV.”

People with both HIV and hepatitis C are at greater risk for myocardial infarction as they age, and traditional risk factors also play a role.
POZ
26 Sep 22
Coronavirus

A new study says reduced access to HIV services amid early COVID-19 closures in British Columbia was associated with a "sharp increase" in HIV transmission among some drug users.
CBC
26 Sep 22
Opportunistic infections