START analysis looks at who benefits most from immediate HIV treatment 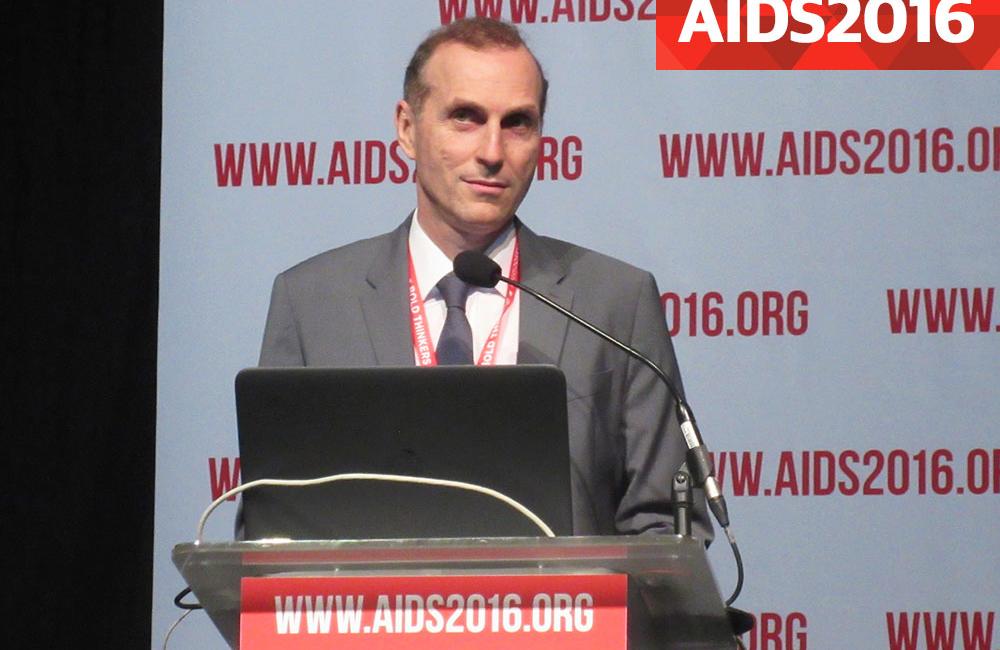 Starting antiretroviral therapy (ART) soon after HIV diagnosis led to better outcomes than delayed treatment in all population sub-groups in the START trial, researchers reported at the 21st International AIDS Conference (AIDS 2016) last week in Durban, South Africa. But some people saw greater risk reductions, including those over age 50, those with a lower CD4:CD8 ratio and higher viral load, and those with cardiovascular risk factors.

Evidence has accumulated in recent years showing that starting HIV treatment promptly, rather than waiting for the CD4 T-cell count to fall below a certain threshold, is associated with reduced disease progression and death. Some of the most definitive evidence comes from the large START trial, which randomly assigned people with high CD4 counts to either immediate or deferred therapy.

At last year's International AIDS Society (IAS) Conference and in the 27 August, 2015, edition of the New England Journal of Medicine, START investigators reported that people who initiated treatment immediately after diagnosis had a significantly lower risk of illness and death than those who waited until their CD4 count fell below 350 cells/mm3.

The average number of patients who need to be given a treatment in order to prevent one patient from having a bad outcome (e.g. AIDS or death).

At AIDS 2016 Jean-Michel Molina of the University of Paris Diderot presented further findings from the trial looking at benefits of early treatment in different subgroups based on demographics, disease status and other risk factors.

START enrolled 4685 previously untreated HIV-positive adults with CD4 counts above 500 cells/mm3; the median was about 650, but 11% had more than 900. Nearly three-quarters were men and the average age was 36 years. Participants came from 35 countries, including about half from low- and middle-income countries; about 45% were white, 30% were black, 14% were Hispanic/Latino and 8% were Asian. Median pre-treatment viral load was approximately 12,800 copies/ml, though 10% had over 100,000 copies/ml. About 6% had hepatitis B or C co-infection, 2% had high Framingham cardiovascular risk and nearly a third were smokers.

The investigators looked at a combined primary endpoint of serious AIDS events, serious non-AIDS events or death in pre-specified population subgroups (except for the CD4:CD8 ratio analysis, which was added later). They calculated event rates per 100 person-years (PY), absolute risk reduction (ARR) associated with immediate treatment and the number of people who needed to start immediate ART in a year to prevent a single event (number needed to treat, or NNT).

Looking at demographic subgroups, all groups showed a relative risk reduction, or proportional change in risk with immediate ART. Hazard ratios were generally similar, ranging from 0.18 to 0.85, indicating that everyone benefitted from early treatment. But absolute risk reduction, considering actual numbers of events, revealed greater differences across groups.

Finally, people with a low Framingham 10-year risk of heart disease had an absolute risk reduction of 0.36 compared to 0.90 for those with medium risk and 1.45 for those with high risk. Numbers needed to treat were 276, 111 and 69, which again did not reach the threshold for significance (p = 0.13).

"In asymptomatic ART-naive adults with >500 CD4+ cells/mm3, immediate ART was superior to deferred ART across all sub-groups with similar relative risk reduction," the researchers concluded, noting that higher absolute risk reduction and lower NNT were found for participants older than 50 years, with HIV RNA levels > 50,000 copies/ml, with CD4:CD8 ratios < 0.5 and with Framingham 10-year risk score > 10%.

The investigators did not analyse subgroups that had fewer than ten events in both study arms combined, but nevertheless cautioned that "NNT estimates can be unstable when event rates are small, and need to be interpreted with caution."

Based on these findings, they suggested that people in the groups that saw greater absolute risk reductions "might be prioritised for immediate access to ART" in settings where universal prompt treatment for everyone diagnosed with HIV is not yet feasible.

They emphasised that immediate treatment also reduces HIV transmission risk, which should be considered along with the number needed to treat when assessing the cost effectiveness of ART.

Prof Molina said that these results are from univariate analyses and the team is currently working on a multivariate analysis to shed light on how these factors interact with each other. They hope to use this data to develop a risk scoring system.