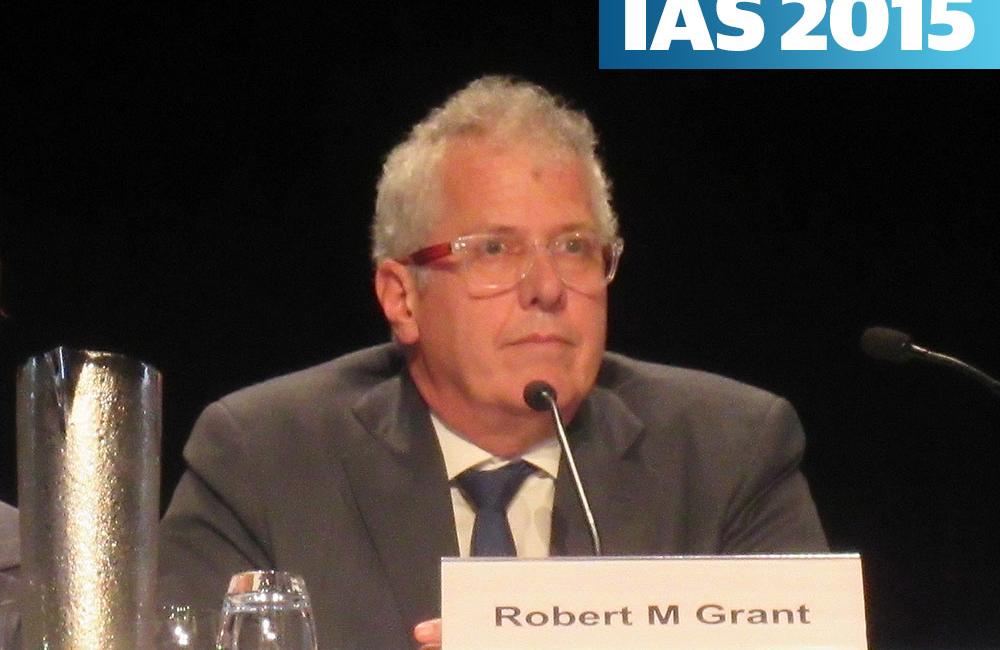 People with hepatitis B virus (HBV) infection did not experience liver inflammation 'flares' or other adverse events when they used or stopped using Truvada for HIV pre-exposure prophylaxis (PrEP), according to an analysis from the iPrEx study presented at the Eighth International AIDS Society Conference on HIV Pathogenesis, Treatment and Prevention (IAS 2015) last month in Vancouver, Canada. This is a potential concern because the drugs in Truvada – tenofovir and emtricitabine – are active against HBV as well as HIV.

HIV and HBV are spread through some common transmission routes, including sexual transmission, vertical transmission (mother to child) and via multi-person use of injection equipment. Up to 90% of people infected with HBV as adults fight off the virus and develop natural immunity, while 10% become chronically infected; among people infected as infants, the proportions are reversed.

An effective vaccine offers protection against hepatitis B and the cirrhosis and liver cancer that can result from it. Public health guidelines recommend HBV vaccination for at-risk groups including gay and bisexual men and people who inject drugs, and many countries now recommend it as a routine infant vaccination. But a substantial proportion of the population remains unprotected.

Robert Grant from the University of California at San Francisco Gladstone Institutes presented findings from a study of people with hepatitis B who used Truvada PrEP as part of the pivotal iPrEx trial. As previously reported, in this international study of nearly 2500 men who have sex with men (plus a small number of transgender women), daily Truvada reduced the risk of HIV infection by 92% among participants with blood drug levels indicating consistent use.

Truvada is a coformulation containing two drugs, tenofovir and emtricitabine, both of which are active against HBV as well as HIV. Tenofovir (sold alone as Viread) is currently the most effective antiviral treatment for hepatitis B, though it seldom produces a cure.

When people with hepatitis B stop taking tenofovir – or if HBV develops resistance to it – this can cause the virus to reactivate, potentially leading to flares of increased liver inflammation and worsening liver injury, typically signalled by steep increases in ALT and AST liver enzyme or transaminase levels. The risk of hepatitis flares is higher for people who already have liver cirrhosis.

This analysis assessed the safety and feasibility of providing Truvada for HIV PrEP in the context of HBV infection. A previous phase 2 study of tenofovir monotherapy PrEP for women in Africa saw no HBV flares after stopping the drug among participants who started with normal ALT and AST levels, the researchers noted as background. Other PrEP studies have excluded people with hepatitis B.

The iPrEx investigators performed hepatitis B serology tests at study entry and again at the time of Truvada discontinuation. People with positive hepatitis B surface antigen (HBsAg+), or with an isolated hepatitis B core antibody test (anti-HBc+) could enrol if they had no clinical evidence of cirrhosis and their AST and ALT levels, as measured by liver function tests, were less than twice the upper limit of normal and bilirubin levels were at or near normal.

HBV DNA viral load and hepatitis B 'e' antigen levels were measured and those with detectable HBV DNA underwent drug resistance testing. HBsAg+ participants received extended follow-up at 4, 8 and 12 weeks after stopping Truvada. People who were not currently infected and remained susceptible to HBV were offered vaccination.

Among the 2499 iPrEx participants, 13 people (about 0.5%) had evidence of chronic HBV infection; by coincidence, about half were randomly assigned to the Truvada arm and half to the placebo arm.

Testing of stored blood samples revealed that two people in the active Truvada arm had evidence of acute HBV infection at study enrolment. Both of these participants had normal liver function tests when they started PrEP, followed by severe AST and ALT elevations after 2-4 weeks on Truvada, then a return to normal levels as they became naturally immune to HBV.

There was no evidence of tenofovir-resistant or emtricitabine-resistant HBV among those tested.

Among 1633 participants who were initially HBV-free and eligible for vaccination, 1587 (97%) received at least one vaccine dose and 1383 (85%) received the complete series of three doses. Hepatitis B surface antibodies – indicating protective immunity had been achieved – were detected in 44% of vaccinated participants after a single dose, 75% after two doses and 87% after all three doses.

"PrEP can be safely offered to persons with HBV infection if there is no evidence of cirrhosis or substantial transaminase elevation," the researchers concluded.

"HBsAg+ persons with normal or near normal AST and ALT have a very low risk of hepatitis B flare when stopping HBV-active medications," they stated. "HBsAg screening delays PrEP initiation and provides unclear safety benefits."

They added that HBV vaccination rates were low, despite World Health Organization recommendations. Among more than 4000 people initially screened for iPrEx, only 12% were immune to HBV due to vaccination. But vaccine uptake was high when offered free of charge, indicating that "PrEP provides an opportunity to offer hepatitis B vaccination."