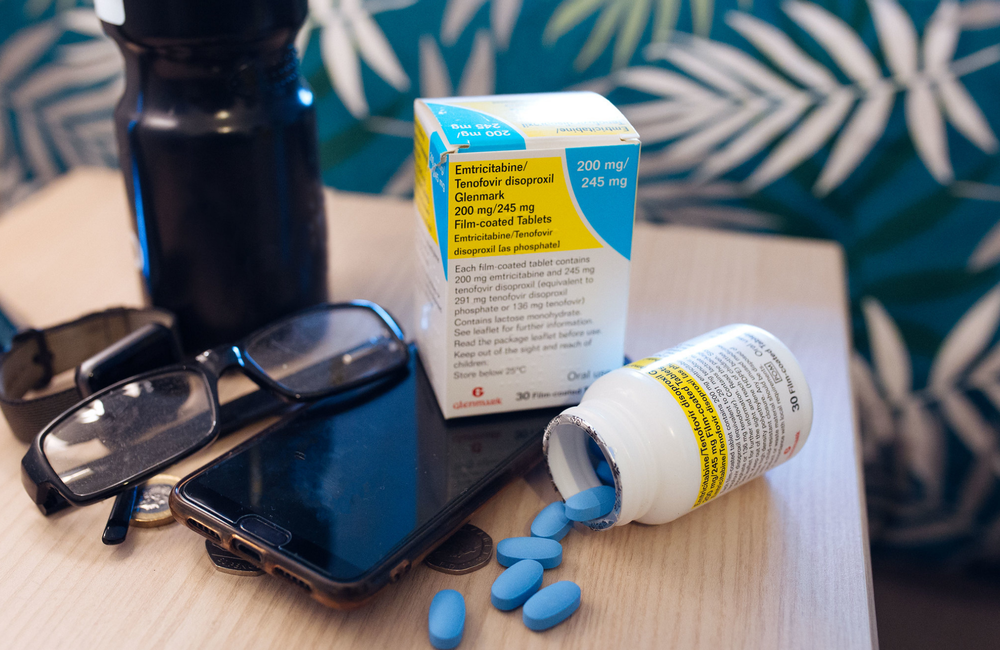 Dr Steven Philpot from the Kirby Institute and colleagues conducted a mixed-method analysis based on data collected via an online survey from the Flux study in 2018. The quantitative analysis included responses from 1039 HIV negative gay and bisexual men who had never used PrEP. Most men in the sample (86%) identified as gay, and 9% identified as bisexual. Half of the participants were over 30, 60% were university educated, and most were in full or part-time employment.

Participants were also asked to answer a free text question in the survey: “Would you like to tell us more about why you do not use PrEP (anti-HIV pills) to help prevent you from getting HIV?“. From the bigger sample, 696 participants (67%) also answered this question and were included in the qualitative analysis.  Six themes for not using PrEP emerged from the answers: irrelevance, awareness and access, health side effects, negative social impacts, concerns about lack of STI protection and effectiveness, and adherence.

There were two main reasons for perceiving PrEP as irrelevant. The first reason, stated by 25% of men, was being in a monogamous or a non-monogamous relationship that only allowed lower-risk sex or sex with condoms.

“HIV is not a concern I really have. I am in a long-term relationship, and my partner is HIV-negative. Although we are open, we really only restrict ourselves to unrisky sex practices, such as oral or hand jobs with casual partners, and are sure to use condoms where not – even casual partners are few and far between.” (22 years old, New South Wales)

The second reason stated by 20% of the participants was the frequency and type of sex not requiring PrEP use.

“I do not have sex often enough to warrant taking PrEP every day.” (30 years old, South Australia)

Among the 19% that indicated awareness and access as the reason for not using PrEP, some did not know enough about PrEP or how to access it. In contrast, others knew about it but had difficulty getting a prescription. Some shared their experiences waiting to schedule a clinic appointment or believed their doctor was unwilling to prescribe or had no knowledge of PrEP.

“I want to get on PrEP, but the local clinics have very limited open hours and I work full time.” (26 years old, Australian Capital Territory)

Others felt discomfort asking for a prescription.

“To be honest, I have no idea where you would get them and if it’s a current thing I can even get in my rural town in Western Australia. It’s embarrassing enough talking to my regular GP.”(46 years old, Western Australia)

Among the 14% that indicated concerns around side effects, some were concerned about short- or long-term side effects and other existing medical conditions.

“The literature is silent on long term usage and as a diabetic, I don’t want the increased risk of renal damage from PrEP.” (48 years old, Victoria)

Some also believed PrEP was toxic and questioned why they should take a medication they don’t need to function.

“Prefer to not add some drug into my system that could damage me.” (57 years old, Victoria)

For most of the 11% who stated negative social impacts as their reason for not using PrEP, condom use was the only responsible prevention strategy, and they worried wide use of PrEP would be damaging to the community. These participants believed any sex without condoms was irresponsible and promiscuous. They perceived PrEP as a threat to their community instead of a chance to broaden safer sex practices.

“I am accountable for my actions; guys who are on PrEP have a tendency to overstep boundaries and have a blasé approach to safe sex.” (25 years old, New South Wales)

Concerns about lack of STI protection and effectiveness

Only 4% of the respondents mentioned this theme in their answers. They indicated that they would rather use condoms to prevent HIV and other STIs.

Some also questioned the effectiveness of PrEP and available data.

“I don’t find the literature convincing that PrEP provides a higher level of protection than condom usage.” (48 years old, Victoria)

Only 14 participants (2%) mentioned adherence concerns. They were worried about not following the recommended use.

“I tend to have a really bad memory. The need to take it on a daily basis would be a challenge.” (32 years old, New South Wales)

Most of the participants who said they rarely do anything risky and found PrEP irrelevant were probably correct in assessing their current risk of acquiring HIV as low; at the time of the survey they would not be eligible for PrEP. However, the authors highlight that “while PrEP may not be relevant for some at a given point in time, this may change if their sexual behaviour changes”. They add that some “may benefit from on-demand PrEP, which involves using PrEP during periods of high risk or for specific high-risk events, so long as clear messaging about its correct use is provided”.

Lastly, there were several mentions of inaccessibility and embarrassment in the qualitative analysis, which suggests that living in a rural area or having a doctor who does not know much about PrEP can make gay and bisexual men perceive PrEP to be inaccessible. “Continuing to educate doctors of the use and benefits of PrEP may facilitate increased acceptability and accessibility among gay and bisexual men,” say Philpot and colleagues. “Additionally, implementing decentralised models of care may help to address PrEP non-uptake among men who engage in higher-risk behaviours but are concerned about engaging with healthcare providers”.