Raltegravir plus lamivudine is likely to work as PrEP 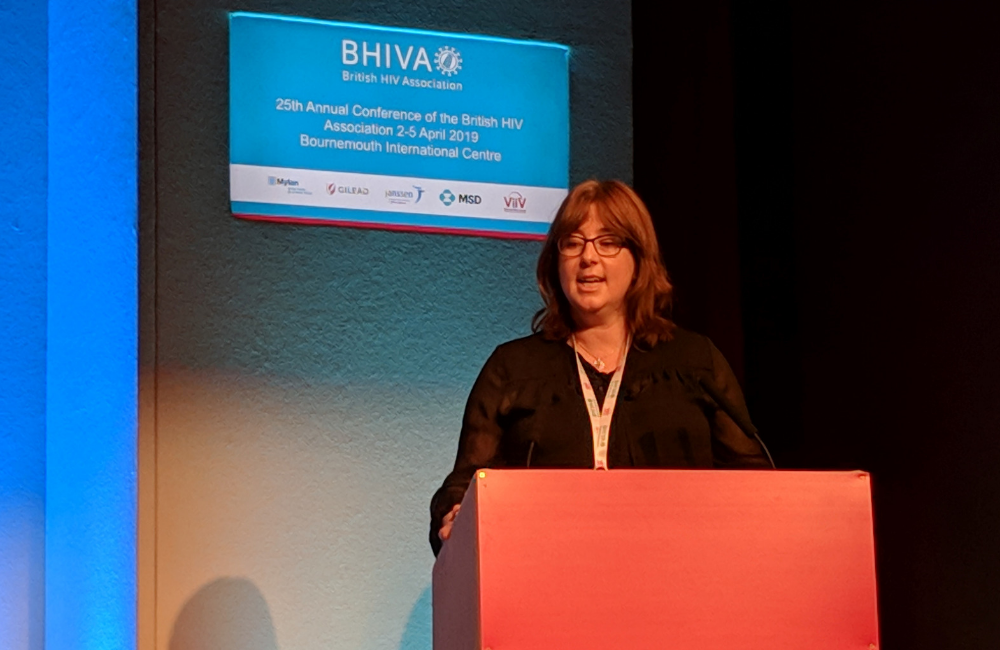 A combination of the drugs raltegravir and lamivudine produced acceptable drug levels in both women and men, in rectal and vaginal tissues, suggesting that the two drugs could provide an effective alternative to tenofovir-based pre-exposure prophylaxis (PrEP), the 25th Annual Conference of the British HIV Association (BHIVA) heard in Bournemouth yesterday.

Dr Julie Fox of Guy’s and St Thomas’s Foundation Trust told the meeting that explant studies, in which cells from tissue biopsies from people treated with the drugs are exposed to HIV, showed that the drug combination completely suppressed viral replication in rectal tissues after just two days, and after eight days in vaginal tissues.

Lamivudine was chosen because the drug is very similar to emtricitabine and the World Health Organization has recommended it as a substitute in PrEP. However, data on it are sparse and this is one of the first studies to measure whether it reached protective levels in tissues.

Even with tenofovir alafenamide (TAF) now available, not everyone tolerates tenofovir, and having a second oral PrEP drug combination to offer would give doctors and users a choice.

Originally, she told aidsmap.com, one drug company had been proposing to co-formulate raltegravir and lamivudine in a combination pill, ideal for PrEP. They had decided not to proceed, but Dr Fox said that she hoped this study would encourage them to reconsider.

The study was not designed to measure efficacy as such but rather to look at the levels of both drugs in rectal and vaginal tissue, to see how these build up, and whether they correlate with protection. This would guide dosing if the two drugs are used as PrEP.

Rectal biopsies were taken to measure tissue drug levels in both women and men (the first time this has been done in women), and vaginal biopsies from the women. A third of participants had biopsies on days two and eight, a third on days four and ten, and a third on days six and 12.

The rectal tissues were cultured in lab dishes and exposed to HIV virus. To see if they had become infected, levels of the p24 HIV antigen, produced by infected cells, were measured over the course of 15 days. Protection levels were compared with protection levels in cells taken from subjects not given either drug.

Participants, of both sexes, had an average age of 32. In terms of ethnicity, 23 where white, 11 black African and two of other ethnicity.

Drug levels of raltegravir in rectal fluid were about one milligram per millilitre: this is a high level, so high that Julie Fox commented that it was theorised that it could have been just unabsorbed drug passed through the gut. However, these levels persisted for at least two days after stopping the drug, suggesting cellular absorption. Levels in vaginal fluid were about 100 times lower.

Levels of lamivudine in the rectum were even higher than that of raltegravir, but fell somewhat more quickly, whereas levels in the vagina were only ten times lower than in the rectum, but persisted for at least five days after PrEP was stopped.

The explant assays showed that raltegravir alone was 70-80% protective – slightly more so, in fact, to vaginal cells – and that protection persisted for at least three days after PrEP was stopped.

Adding in lamivudine, however, raised protection to 100%. In rectal cells, this had happened by day two and stayed at 100% while PrEP was taken, falling to 80% four days after PrEP was stopped. In the vagina, protection was only 65% at day two but had built up to 100% by day eight – and was still 100% protective at day 12. Drug levels in the rectum were correlated with protection, but drug levels in the vagina were not, leading Dr Fox to comment that we still do not fully understand how PrEP protects on a molecular level.

These tissue levels and the levels of protection seen – with a fast build-up in the rectum and a slower one in the vagina – are similar to studies of tenofovir/emtricitabine PrEP. Like them, it suggests that raltegravir/lamivudine PrEP could work with event-based dosing for gay men, but that daily PrEP would be needed for women, with a week to achieve full protection.

The study also provides valuable evidence that lamivudine is indeed likely to work just as well as emtricitabine if used in PrEP.