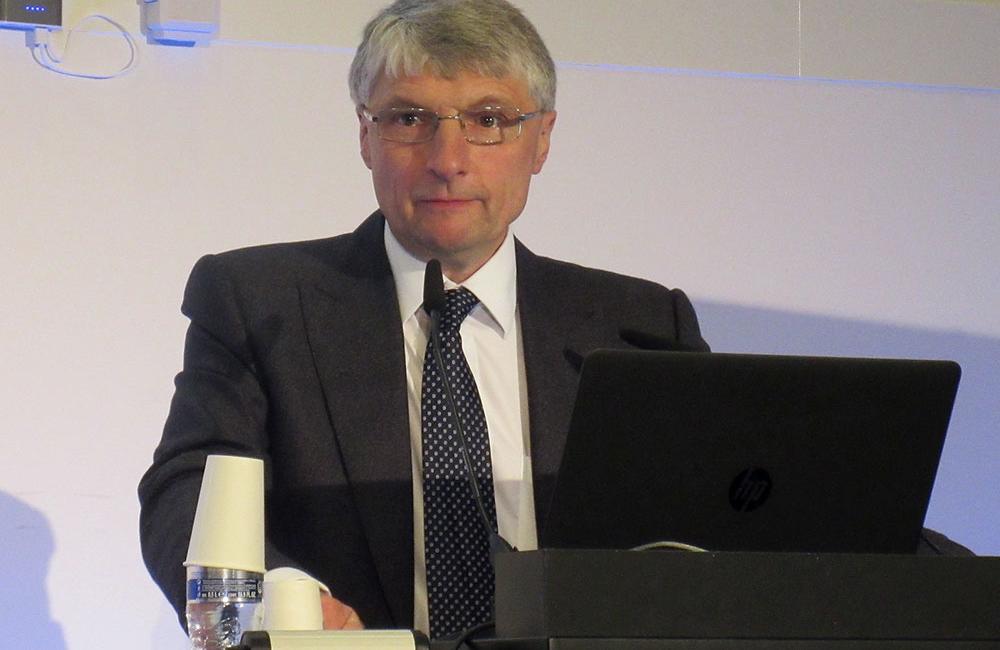 AbbVie's pangenotypic direct-acting antiviral combination of two drugs cured 95% of people with early-stage genotype 3 hepatitis C virus (HCV), the hardest genotype to treat, according to results of the ENDURANCE-3 trial presented at the International Liver Congress in Amsterdam on Friday.

A pangenotypic combination should be similarly effective against all genotypes of hepatitis C. To date, direct-acting antiviral combinations have tended to show somewhat lower efficacy in people with genotype 3, especially the hardest to treat – those with cirrhosis and those with previous experience of treatment.

The ENDURANCE-3 study was designed to test the combination of glecaprevir and pibrentasvir in people with genotype 3 infection without cirrhosis. This is the population that liver specialists can expect to see more of in their clinics as genotype 3 patients with cirrhosis are prioritised for treatment and cured, said Professor Graham Foster of Queen Mary University, London.

“Genotype 3 is spreading in the US among young injectors, especially young men. For every patient that we treat and cure, that’s ten of his friends who don’t get infected,” said Prof. Foster.

ENDURANCE-3 was an international phase 3 study. It recruited 505 previously untreated people without cirrhosis, who had genotype 3 infection. The study excluded people with HIV or hepatitis B co-infection. The study did not exclude people who tested positive for illicit drugs or who reported drug use, to ensure that the study population reflected real-life clinical conditions.

Participants in the first wave of recruitment were randomly assigned in a 2:1 ratio to receive either glecaprevir and pibrentasvir for 12 weeks (n = 233) or sofosbuvir and daclatasvir for 12 weeks (n = 115). After results of a phase 2 trial became public, a second wave of recruitment began, to an 8-week study arm, in which 157 people were assigned to receive an 8-week course of glecaprevir and pibrentasvir.

Study participants had mild or no fibrosis (F0/F1) in the main, ranging from 78% in the 8-week arm to 86% in the glecaprevir/pibrentasvir 12-week arm. Approximately two thirds of participants had a history of injecting drugs, 85-90% were white and 45-59% were male according to study arm.

Results by intent-to-treat analysis showed that the 12-week glecaprevir/pibrentasvir regimen was non-inferior to sofosbuvir/daclatasvir (95% vs 97% achieved a sustained virologic response). The 8-week regimen was non-inferior to the 12-week regimen (95%) but showed a slightly higher frequency of viral relapse after treatment (five relapses versus three in the 12-week arm and one in the sofosbuvir/daclatasvir arm).

The majority of treatment failure, however, was due to loss to follow up or non-compliance or withdrawal for other reasons (7 in the 12-week arm, 2 in the 8-week arm and 2 in the sofosbuvir/daclatasvir arm).

Overall, 97% of patients receiving glecaprevir/pibrentasvir were cured. Ten out of 381 experienced virologic failure of treatment, with no clear evidence that this was related to baseline NS5A polymorphisms.

Adverse events were mild, most commonly nausea, fatigue and headache. Four patients discontinued treatment due to adverse events and a total of ten patients experienced serious adverse events, but none was considered to be study drug-related.

Professor Foster stressed that treating and preventing the spread of genotype 3 in the future would depend much more on going out and looking for patients who are likely to be unaware of their infection and lacking any symptoms of liver damage.