Vaccines against COVID-19 are beginning to be rolled out in many countries. In the UK, most people living with HIV aged 16-65 are included in ‘priority group 6’ along with people with other long-term medical conditions. This means that people with HIV will receive the vaccine before others in their age group, but not before people over the age of 65.

A smaller number of people with HIV will be in ‘priority group 4’, for people considered clinically extremely vulnerable. The British HIV Association (BHIVA), which represents HIV clinicians in the UK, recommends that anybody who currently has a CD4 count less than 50 or who has had an opportunistic illness in the last six months should be in this group. People with a CD4 count less than 200 and who have additional health problems can also be added to the group by their doctor. If you feel that you should be in this group, please contact your HIV clinic.

“There is no reason to think these vaccines will be less safe for people with HIV,” says BHIVA. The current vaccines do not include the whole virus that causes COVID-19 and are not live vaccines, so are no less safe in people with damaged immune systems.

In terms of how effective they are, BHIVA continues: “It is possible that people with HIV might not respond as well to the vaccine. This means that the vaccine might trigger a weaker response in people with HIV. We will monitor any new evidence as it is released and will update this advice if and when needed.”

Small numbers of people living with HIV have taken part in studies of the Pfizer, Moderna and Oxford/AstraZeneca vaccines. Michael Carter, a member of the NAM team, is one of them and he has described his experience in a blog post.

“I get very emotional when I think about my participation in the trial and how lucky I am to be among the very first to know I’m fully vaccinated,” Michael wrote. “Like so many others, I have had my world turned on its head because of COVID and have had many a sleepless night worrying about my job. A few weeks ago, I also experienced first hand the devastating human cost of this horrible virus, my dad dying after contracting the disease. It adds poignancy to my participation in the vaccine study and I’d like to thank the scientists, medics and all my fellow study volunteers for helping to develop vaccines that we can be confident are safe and work.” 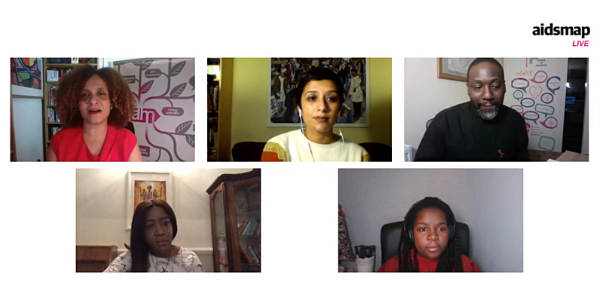 Resilience as you get older

Resilience can be defined as a “positive adaptation within the context of significant adversity”. Resilience enables people to withstand and overcome life challenges, such as living with HIV.

Canadian researchers talked to men who have sex with men over the age of 40 to better understand how many of them have developed resilience to ageing with HIV, not only to survive its clinical and social impacts, but also to live full, meaningful lives.

Many men spoke about the importance of community resources, including organisations, services and quality healthcare providers. Several men who had moved to Canada from overseas viewed the country as a safe space where sexuality could be openly expressed and necessary services could be found.

Others spoke of serosorting (choosing to have sex only with other men living with HIV, as a way of avoiding rejection) and compartmentalisation (separating their work, family and sex lives so as to avoid disclosing sexual orientation or HIV status) as tools that helped them.

The interviewees also had personal strengths that allowed them to utilise resources and draw upon protective factors. These included having the ‘right attitude’, self-awareness, self-control and perseverance in the face of obstacles.

A key personal quality mentioned was being proactive: this included seeking out answers to HIV-related questions, staying on top of medical appointments and monitoring laboratory test results.

The underlying cause of cervical cancer is persistent infection with high-risk strains of human papillomavirus (HPV). Only a small minority of people infected by HPV will develop cervical cancer: the risk of HPV-related cervical cell changes becoming cancerous is amplified by a number of factors, including a weakened immune system, caused by untreated HIV.

It is one of the most preventable and treatable of all cancers. Key interventions are vaccination against HPV, regular cervical screening, surgery and radiotherapy.

Now, a review of 24 previous studies has found that women living with HIV have a sixfold increased risk of cervical cancer. This was seen both in high-income and low-income countries.

The study underlines the importance of HPV vaccination and cervical screening for women living with HIV. The researchers say that vaccination and screening programmes particularly need to be scaled up in African countries where large numbers of people have HIV.

We've recently published new and updated About HIV pages on HIV and sex. Read about how your feelings around sex may be affected by your HIV diagnosis, telling people you have sex with that you have HIV, and sexually transmitted infections and HIV.

Tenofovir disoproxil fumarate (TDF) is one of the most widely used drugs in HIV treatment. It is included in the pills Truvada, Eviplera, Stribild and Atripla.

TDF is highly effective and doesn’t usually cause many side effects, but can make kidney and bone problems worse for a few people.

Because of this, a new form of the drug called tenofovir alafenamide (TAF) has been developed. It delivers tenofovir more efficiently and can be taken at lower doses. This means less drug exposure for the kidneys, bones and other organs and tissues with potentially fewer side effects. TAF is included in the pills Descovy, Odefsey, Genvoya, Symtuza and Biktarvy.

The catch is that the new pills containing TAF are much more expensive than those containing TDF. Doctors need to work out when it is worth paying the premium price.

At the moment in the UK, drug combinations containing TDF (rather than TAF) are generally used, except for people who already have kidney disease, bone disease or risk factors for them. In these cases, a combination containing TAF is often a suitable alternative.

A new analysis has found that there are no real differences between TDF and TAF in terms of efficacy and safety. The researchers pooled the results of 14 different studies which included almost 15,000 participants.

The newer formulation of the drug (TAF) only showed a modest advantage in terms of efficacy (achieving an undetectable viral load) when used as part of a treatment combination that contained a boosting agent such as ritonavir or cobicistat. These boosting agents are usually taken alongside protease inhibitors, which are less commonly used than a few years ago.

However, one limitation of the available data is that most people who took part in the studies were relatively young (under the age of 50) and did not have other medical problems when they joined the clinical trials. Most were male and White. As they spent a maximum of three years in the studies, not that many kidney or bone problems would be expected to happen anyway. It’s possible that longer studies with a more diverse range of participants would identify an advantage to TAF (the newer formulation of the drug), but that hasn’t been seen yet.

A US study has concluded that weight gain is greater by around 2 to 4kg in HIV-positive people taking bictegravir or dolutegravir as part of their first HIV treatment regimen, compared to their counterparts using other drug regimens. That finding is not unexpected, but a similar effect was reported in those using the protease inhibitor darunavir. 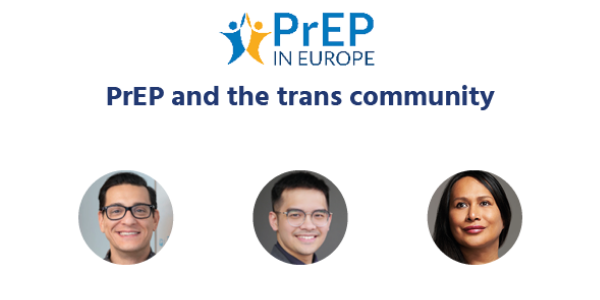 On 17 December 2020, PrEP in Europe held a webinar on PrEP and the trans community.

Can the mRNA technology used for COVID-19 vaccines also give us an HIV vaccine? | TheBodyPro

Developing a vaccine for HIV presents more challenges than creating one for COVID-19, but research that has led to the new COVID vaccines can help bring an HIV vaccine closer to reality.

Russell T Davies: ‘I looked away for years. Finally, I have put AIDS at the centre of a drama’ | The Guardian

The acclaimed screenwriter recalls his life during the 1980s AIDS crisis, and reveals why it is only now, with his new TV series It’s a Sin, that he feels able to tell a story that has haunted him for decades.

People living with the virus were initially excluded from Pfizer and Moderna's vaccine trials, but that changed with the help of committed activists.

How to avoid STI transmission when sharing sex toys | TheBody

Toys are a fun and safe way to explore sexual play with yourself, one partner, or many partners, as long as you properly care for your toys.