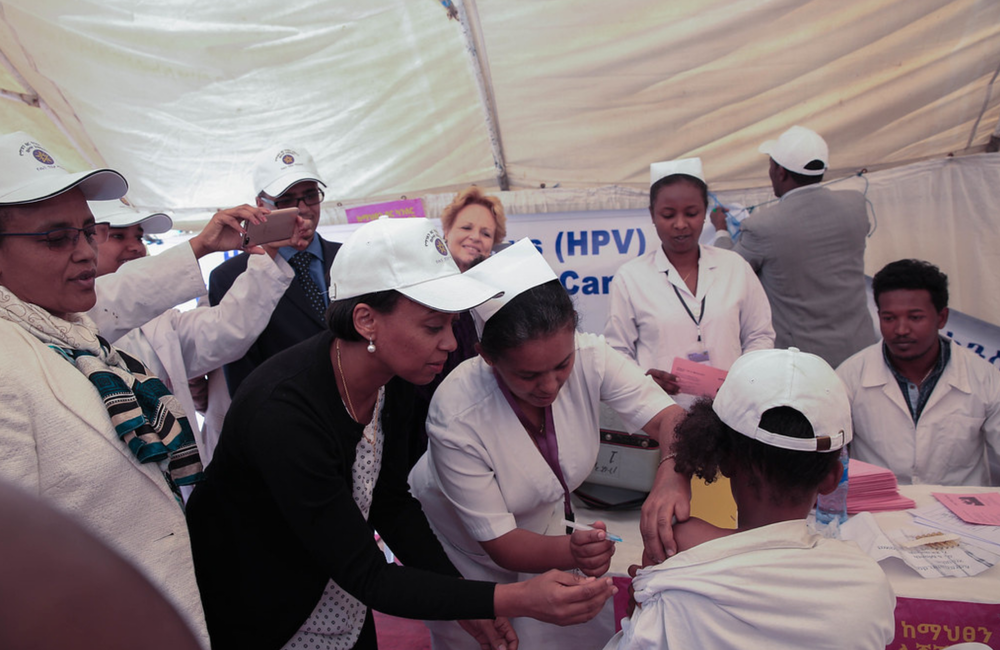 “Women living with HIV have a substantially increased risk for cervical cancer when compared to women without HIV infection,” comment the authors. “In countries with a high burden of both cervical cancer and HIV, it is vital to integrate HIV and cervical cancer care and vaccinate girls against human papillomavirus to secure long-term declines in the future burden of disease.”

Cervical cancer is the fourth most common cancer in women: in 2018 alone, there were more than half a million new cases and 311,000 deaths. Nonetheless, it is one of the most preventable and treatable of all cancers. Recommending a combination of vaccination, screening and treatment, the World Health Organization (WHO) has set the target of eliminating cervical cancer by 2030.

The underlying cause of cervical cancer is persistent infection with high-risk strains of human papillomavirus (HPV). Only a small minority of people infected by HPV will develop cervical cancer: the risk of HPV-related cervical cell changes becoming cancerous is amplified by a number of factors, including immunosuppression caused by untreated HIV.

In 2007, a meta-analysis involving women in higher income countries found that living with HIV was associated with a sixfold increase in the risk of cervical cancer.

A team of investigators led by Dr Dominik Stelzle of the Technical University of Munich and Dr Shona Dalal of WHO wanted to update and expand this research to include low- and middle-income countries.

Twenty-four studies were included in the meta-analysis. These studies included 236,127 women living with HIV. The median age at study entry was 38 years and 40% of women with HIV were taking antiretroviral therapy.

The included studies were conducted between 1981 and 2014 and took place in 17 countries (eight in Africa; three in Asia; four in western Europe; two in north America).

There were 2138 cases of cervical cancer overall. Pooling the study results showed that women with HIV had a sixfold increase in the risk of cervical cancer relative to women with HIV (relative risk = 6.07; 95% CI, 4.4-8.37). Secondary analysis that looked at the risk according to study design found comparable figures in research using data from cancer registries (RR = 7.64), cohort studies (RR = 5.68) and case-control studies (RR = 3.78). The risk was elevated in low- and middle-income countries (RR = 6.79) and high income countries (RR = 5.34). These findings were also consistent regardless of study quality and potential bias, year of publication (before or after 2013) and continent.

The age-standardised incidence of HIV-attributable cervical cancer was above 20 per 100,000 in six countries, all in southern and eastern Africa.

The authors say that the increased risk of cervical cancer in women with HIV is likely due to a combination of factors, including:

“Expansion of HPV vaccination to areas with HIV high prevalence is especially important to achieve long-term reductions in the overall cervical cancer burden,” comment Dr Stelzle and colleagues. “Cervical cancer screening followed by adequate management and HPV vaccination are the two prevention tools recommended by WHO that are highly effective, with a cost-effectiveness of US$100 or less per disability-adjusted life-year averted in low- and middle-income settings. This cost places these interventions among global so-called best buys for non-communicable disease prevention.” 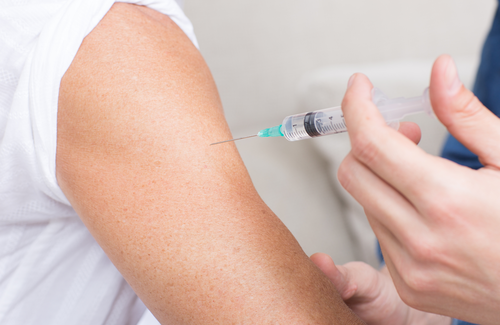 Both these interventions are also key to the WHO target for cervical cancer elimination within the next ten years. This would rely on the achievement of three goals:

“Eliminating any cancer would have once seemed an impossible dream, but we now have the cost-effective, evidence-based tools to make that dream a reality,” said WHO Director-General Dr Tedros Adhanom Ghebreyesus. “But we can only eliminate cervical cancer as a public health problem if we match the power of the tools we have with unrelenting determination to scale up their use globally.”