‘Post-treatment controllers’ are an interesting and, in terms of hopes for a cure, exciting group of people with HIV.

Unlike ‘elite controllers’, who manage to control their HIV without drugs from the start, post-treatment controllers are people who did need to start antiretroviral therapy after their HIV diagnosis. They then stopped taking it for one reason or another – and then did not have to restart, because their viral load remained undetectable or very low without medication, for a long period of time or up to the present.

Researchers recently outlined the case of one of the most intensively studied of these patients. This Argentinian woman, diagnosed in 1996 at the age of 38, was on conventional antiretroviral therapy from 1998 to 2007.

Since stopping it due to side effects, she has not only maintained an undetectable viral load in her blood and a CD4 count above 500, but her antibodies to HIV have disappeared, meaning that, technically speaking, she would test ‘negative’ in a conventional HIV test.

Specialist testing has found no HIV RNA, indicating replication, in immune system tissues. However, her doctors do not describe her as ‘cured’, because intensive testing has found minute traces of viable HIV in some of her CD4 cells and a continued CD4 immune response to the virus.

This patient is particularly noteworthy because she appears to have had severe HIV-related illness before starting treatment, possibly indicating late diagnosis.

Dr Asier Saez-Cirion, VISCONTI's principal investigator, told aidsmap.com that the Buenos Aires case was interesting because of the very complete clinical, immunological and virological evaluation. But, he added, his team had now identified 27 post-treatment controllers in VISCONTI. The median time off antiretroviral therapy is now 10.5 years with a few who have maintained post-treatment remission for over 20 years. Some have also lost antibodies to HIV.

Despite the promise post-treatment controllers hold out, researchers remain at a loss to explain what distinguishes these patients from the vast majority of people who need to resume treatment soon after interrupting it. 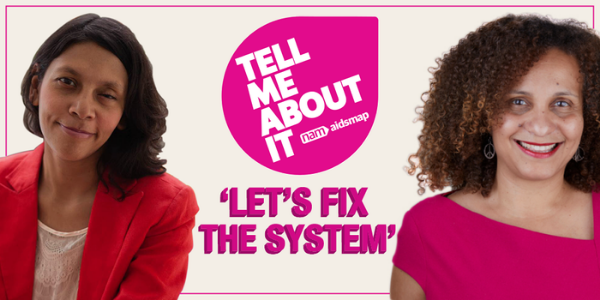 Our new podcast series 'Tell Me About It' launched yesterday. The six-part series features honest, funny and open conversations about what it really means to live with HIV today, and how much that’s changed.

In our first episode, Susan Cole of NAM and Dr Halima Begum, Director of Runnymede, talk about HIV and health inequalities, racism and HIV stigma in health care, life-changing developments in HIV treatment and what we can do to make sure public systems respond to everyone’s needs. Runnymede is an independent race equality think tank in the UK.

Warts and cancers are caused by different strains of HPV. Also, warts do not develop into cancer. 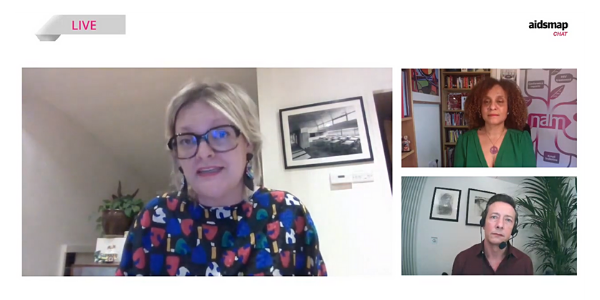 We broadcast the final episode in our third series of aidsmapCHAT last week. Our guests were HIV doctor and health activist Dr Oni Blackstock; HIV and LGBT activist Josh Robbins; and HIV doctor and Chair of the British HIV Association Dr Laura Waters.

You can watch the final episode and others in the third series on aidsmap and our social media channels.

Standard HIV treatment is a combination of three drugs. They might be combined into one or two pills, but there are usually three different drugs included.

The advantages of taking fewer medications include fewer side effects and less risk of drug interactions. These regimens may also be cheaper and involve fewer pills.

They looked for any differences in terms of some serious clinical events, including death, AIDS and cancer. The results were reassuring, with no increased risk of these outcomes in people taking two drugs.

But their study did not look at whether the two-drug combinations were as effective at keeping people’s viral load undetectable, or at how many people developed drug resistance. Also, most people were followed in the study for less than three years, so a longer study would be welcome. 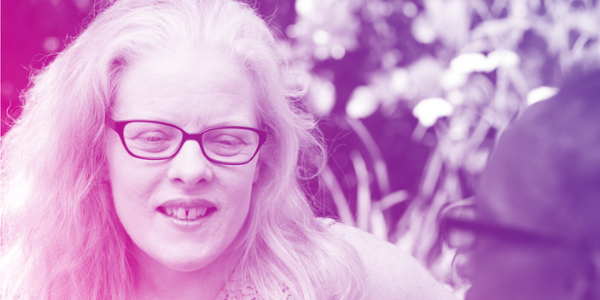 The menopause is a natural part of the ageing process. A number of studies have found that women living with HIV are more likely to experience symptoms than women who do not have HIV.

Read about the menopause in people living with HIV, symptoms, diagnosis and monitoring, and treatment and management in our recently updated page.

One of the men, who wishes to remain anonymous, says he fears marginal groups are not being prioritised correctly as he awaits his vaccine letter.

Loreen Willenberg: an exception to the rule | POZ

Loreen Willenberg may be the first person to be cured of HIV without a bone marrow transplant, but there’s more to this elite controller.

As of 10 February, just three states – New York, North Carolina, and Pennsylvania – have officially added all people living with HIV to their Phase 1c rollout. But change is in the works.

How well does the Russell T Davies drama capture the 1980s AIDS crisis? Influential queer figures who lived through it and in its wake – including Owen Jones, Rev Richard Coles, Lisa Power and Marc Thompson – give their verdicts.

Many people who experience menopause are not prepared by their healthcare providers – and for people living with HIV, it’s even more confusing. With a recently published guide and other outreach efforts, Sophia Forum aims to change that.