The British HIV Association (BHIVA) and the UK's Joint Committee on Vaccination and Immunisation (JCVI) are recommending that people aged 12 years and over who are immunosuppressed (including all people with HIV) should have a spring booster dose six months after their last vaccine dose – even if they have already had a previous booster.

This booster should be of one of the two mRNA vaccines made by Pfizer or Moderna, even for people who originally had the Oxford/AstraZeneca vaccine.

Given that three doses were recommended as the original vaccine regimen for people with HIV and other clinically vulnerable people, and that some people with HIV have already had a booster dose this winter, the spring booster could be people’s third, fourth or even fifth COVID vaccine shot.

BHIVA strongly encourages all people living with HIV to have the recommended COVID vaccines. This is because responses to first and second vaccine doses can be lower in some people with HIV, particularly those with a CD4 count below 350 cells or with detectable HIV viral load. Additional vaccine doses are especially important for this group. 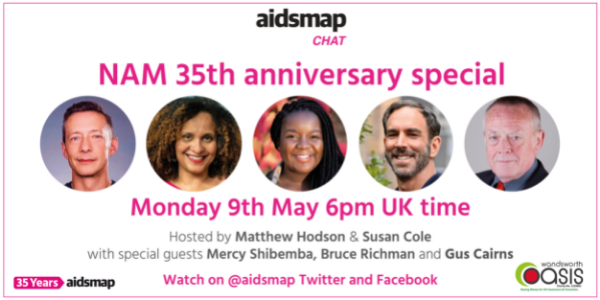 Gus has also written a blog post for aidsmap, reflecting on how much has changed for people living with HIV and announcing his retirement.

What happened to HIV care during COVID-19?

The COVID pandemic has had a huge impact on all our lives. Some health services fear that they have lost touch with some patients and that they may not have spotted new health issues in other people, even if they did continue to have some forms of contact.

The impact of the pandemic on health care is likely to vary in different places and in different people, depending in part on how well managed the situation was. It’s feared that more vulnerable patients are more likely to have missed out on care they needed.

One of the most comprehensive assessments of this in HIV has come from the largest HIV care centre in Spain, located in Barcelona. The researchers compared monthly data from the year before COVID-19 (March to December 2019) to during the first year of the pandemic (March to December 2020), which included two lockdowns.

Most results for people with ongoing HIV care were reassuring, though some changes could mean that some aspects of care were missed or weren’t considered a priority.

There are more concerns about HIV testing. There were 28% fewer HIV diagnoses, and newly diagnosed cases were more advanced. The average CD4 count at diagnosis fell (from 370 to 305) and the proportion of people diagnosed with an AIDS-defining condition increased (from 10% to 18%). This is probably because people’s diagnoses were delayed by problems accessing health care.

And death rates went up. In the period before COVID-19, there were eleven deaths, increasing to 29 during the first year of the pandemic. Eleven of the 29 deaths were directly due to COVID-19.

The law on confidentiality and HIV status 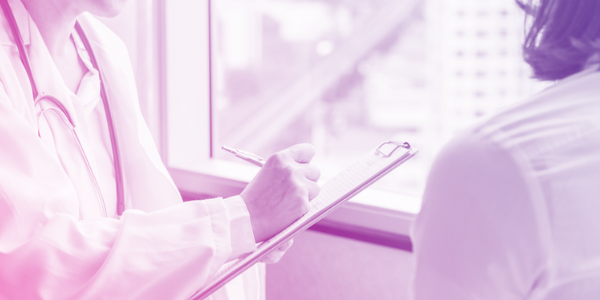 What legal protections are relevant for people living with HIV? Is it illegal to disclose someone’s HIV status? If I share my status with healthcare workers, what happens to my data?

Find out about the law on confidentiality and disclosure of HIV status in the UK in our new page.

As for anyone, it’s important for people with HIV to maintain a healthy body weight. Maintaining a healthy weight is about balancing the energy you take in and use up. If you consume more energy (calories) than you use, you’re likely to gain weight. On the other hand, if you burn more calories than you eat, the chances are you’ll lose weight.

After starting HIV treatment, you may gain some weight as your health improves. Some people gain quite a lot of weight after starting or changing treatment. This weight gain may increase your risk of diabetes, heart disease or cancer.

The issue of weight gain has been highlighted by a recent study conducted with just under 400 women living with HIV in the UK. They were all aged 45 to 60 and were mostly doing well on treatment.

BMI is calculated using  your weight and height. It is easy to measure and is widely used by doctors. However, it doesn’t take into account where in the body fat is stored (fat around the waist poses more health problems than fat elsewhere), or consider whether additional kilos are made up of muscle or fat.

The UK’s National Institute for Health and Care Excellence (NICE) recently updated its guidelines to recommend that even adults with a ‘normal’ BMI should keep their waist measurement to half their height. 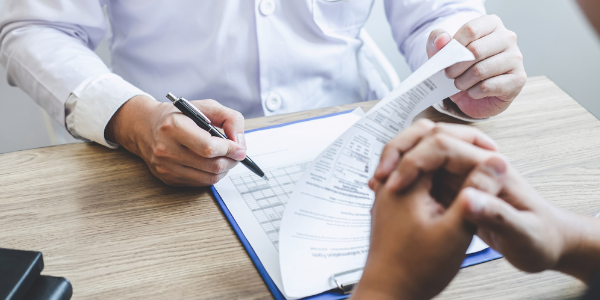 Brighton and Sussex Medical School with the University of Sussex are running focus groups with people living with HIV so they can understand your views on sharing of health data for research purposes. They will use the results of the groups to help guide future management of health data.

The focus groups will take place online on 25 May from 10am-12pm and 6 June from 6:30-8:30pm. You are able to join using a pseudonym and with your camera turned off, or you can also take part by having a one to one telephone interview.

Depression is an ongoing low mood which interferes with your everyday life. It is a very common health problem for people living with HIV – and is linked to lower rates of adherence to HIV treatment.

For example, a recent study from Taiwan found that men living with HIV who had depression were more likely to miss some doses of their medication (22%) than men who weren’t depressed (11%). But when the researchers looked at the results more closely, they found that what really made a difference was whether people with depression were taking antidepressant medications.

"In recent years, I’ve noticed on hookup apps that if a guy says he’s poz or undetectable, he’s likely my age or older. It’s left me feeling a bit—um, how shall we say?—vintage."

HIV drugs have reached Ukraine. But that's not the end of the problem | Devex

In early April, drugs for HIV treatment financed by PEPFAR reached Ukraine. But there’s another layer of challenge: distributing them to regions across the country.

Hidden in a Fire Island house, the soundtrack of love and loss | The New York Times

Clinicians aren’t talking to women with HIV about menopause | POZ