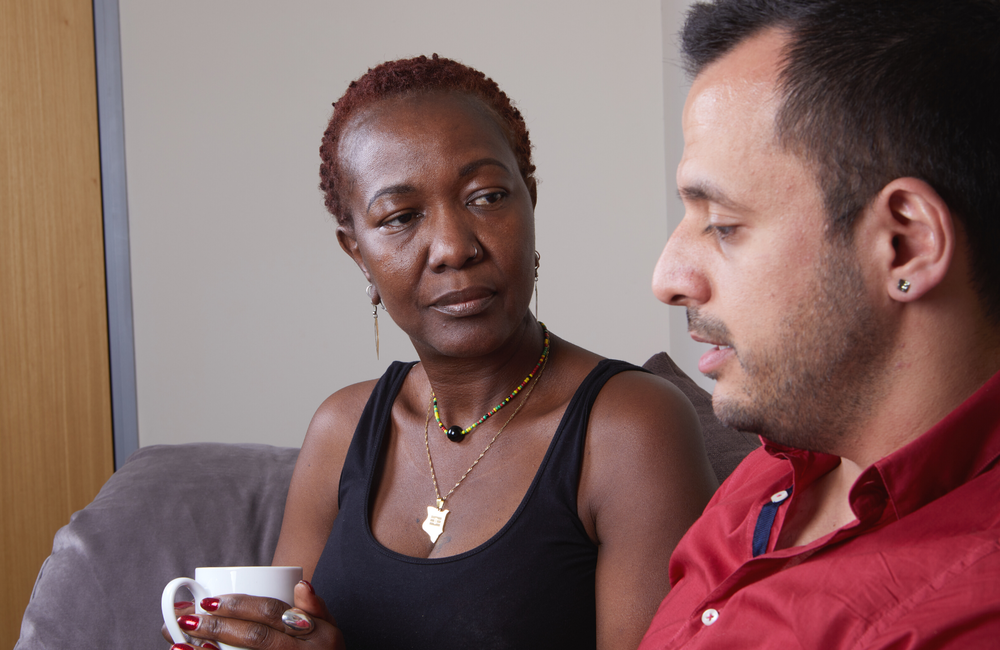 Stigma is one of the main reasons that some people end up having quite negative feelings about themselves in relation to their HIV diagnosis.

Since the beginning of the HIV epidemic a lot of negative and inaccurate ideas and beliefs have developed about what HIV is, and what it isn’t. It can be difficult for anybody, including people living with HIV, to avoid being exposed to all these ideas and not be influenced and affected by them.

Before you found out that you were living with HIV, perhaps you looked on people who were living with HIV in a rather negative way. Or perhaps HIV wasn’t a topic that you had thought too much about. But without realising it, you may have taken on board some of those inaccurate ideas.

“I used to think that people with HIV were dirty and deserved what they’d got. I was devastated when I found out that I had HIV. I became one of those people.”

“Knowing that I can’t transmit the virus to my partner who is negative, because I have an undetectable viral load is beyond empowering – it has given me my sexual freedom back.”

“There’s lots that we can do, but I think at the core of it we have to begin with ourselves… only when people who are directly affected take action can there be a change in society.”

This is sometimes called self-stigma or internalised stigma.

If you feel this way, it’s important to question and challenge these thoughts and feelings. HIV support organisations can help you do this, raising your awareness and understanding and providing access to peer support and networks as you develop strategies to live a full and healthy life.

If you think carefully about all the things you’ve ever seen and heard about HIV and then compare that with what you know to be true about your own life, you may find that a lot of what you’ve seen and heard was just plain wrong.

“HIV is still intrinsically linked with somehow you having done something wrong, because it’s sexually transmitted. I think that we assume that it’s our fault that we got it... If I didn’t have sex, I wouldn’t have HIV, fact.”

Some people find it useful to meet other people who are living with HIV and to hear their experiences. This may give you a better idea of how people live with HIV and what it means to them.

Next review date
This page was last reviewed in December 2019. It is due for review in December 2022.
Related topics
Experiences of stigma
Recently diagnosed with HIV
Facebook
Twitter
LinkedIn
Print
Subscribe to emails & news feeds

What is HIV stigma?

Feelings about sex after your HIV diagnosis