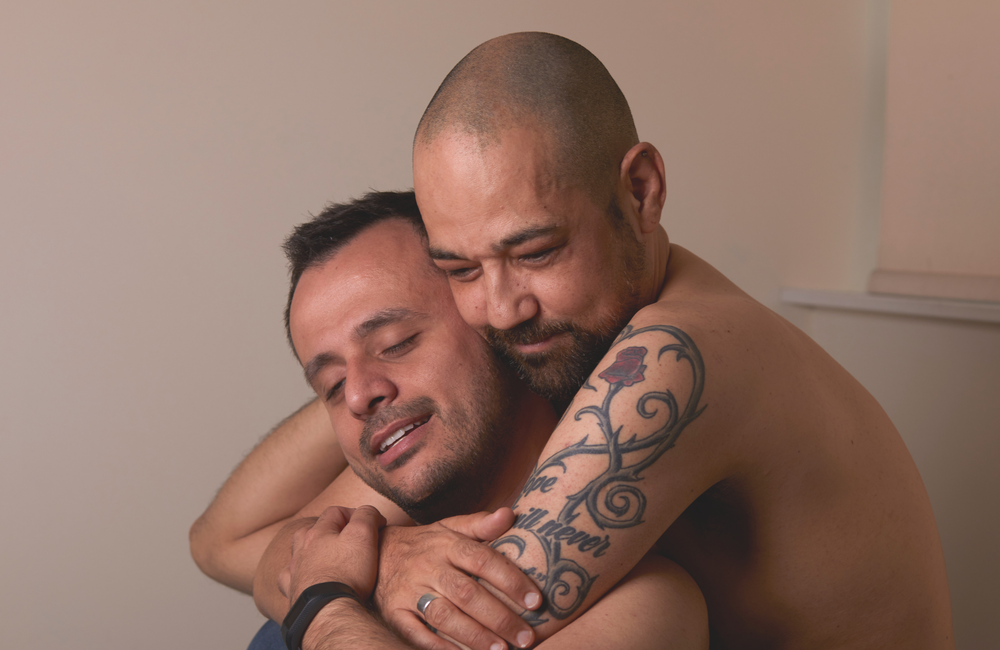 When people with HIV take effective treatment, the amount of HIV in their body fluids falls drastically, to the point where there is not enough HIV to pass on to someone else.

People living with HIV regularly have the quantity of virus in their blood measured – this is called their ‘viral load’. When a person has very little virus, they are said to have an ‘undetectable’ viral load.

Viral load is measured in units called ‘copies’. The standard blood tests used in clinics can measure viral load down to 20 or 50 copies per millilitre of blood. Anything less than this is called ‘undetectable’.

If someone has an undetectable viral load, it does not mean they are cured of HIV. If they stop taking HIV treatment, their viral load will increase and become detectable again.

But having an undetectable viral load does mean that there is not enough HIV in their body fluids to pass HIV on during sex. In other words, they are not infectious.

When a person has an undetectable viral load, their chance of passing on HIV to a sexual partner is zero. As the campaign slogan puts it, 'Undetectable equals Untransmittable' or 'U=U'.

BHIVA says consistent use of HIV treatment to maintain an undetectable viral load is a highly effective way to prevent the sexual transmission of HIV. Specifically, BHIVA says there is no risk of onward transmission of HIV from people who have maintained an undetectable viral load for at least six months and have good adherence (take their treatment without missing doses).

If you have a partner with HIV who is on treatment and has an undetectable viral load, they will not pass HIV on to you – even if you don’t use condoms. If you want to stop using condoms or PrEP (pre-exposure prophylaxis) in your relationship, it is probably a good idea to discuss this with your partner and ensure you are both comfortable with the decision.

It is important to remember that while a sexual partner’s HIV treatment will protect you from HIV, it will not protect you or them from other sexually transmitted infections (STIs). For this reason, regular sexual health check-ups are recommended. Using condoms will help prevent STIs.

Another concern is whether having a STI could make HIV transmission more likely.

This is the case if you – the HIV-negative partner – has an STI (especially syphilis). It will increase your risk of acquiring HIV from someone who is not taking treatment. In addition, some STIs can make HIV-positive people who are not on HIV treatment more infectious.

Wouldn’t it be safer to have sex with people who don’t have HIV?

Instead of always using condoms, many people try to make sex safer by choosing partners with the same HIV status as them. This is sometimes called ‘serosorting’.

This can work for people with HIV (if their HIV status is certain). But HIV-negative people’s status is only certain up to the last time they took an HIV test. In casual situations especially, this may mean taking your partner's word for it or guessing their HIV status.

"BHIVA says consistent use of HIV treatment to maintain an undetectable viral load is a highly effective way to prevent the sexual transmission of HIV. "

In a situation where a lot of people have HIV without realising it and where most people with diagnosed HIV are taking HIV treatment, having sex without a condom with partners who appear to be HIV negative is not a safe strategy.

It would be safer for HIV-negative people to have sex without a condom with partners who are HIV-positive and taking effective HIV treatment.

But it is important to remember that while HIV treatment will stop your partners from passing on HIV, it does not protect either of you from other STIs.

When starting HIV treatment, some people find that the first prescribed drugs don’t work well for them. But nearly everyone finds a combination that works and the risk of treatment failing declines over time.

This should not be a cause for concern. In the PARTNER and Opposites Attract studies, ‘undetectable’ was defined as below 200 copies/ml. These studies showed that transmission does not occur below this level.

During breastfeeding, an undetectable viral load greatly reduces the risk of passing HIV on, although it does not completely eliminate this possibility. In the UK and other countries where clean water and sterilising equipment are available, bottle feeding with formula milk is the safest way for mothers living with HIV to feed their babies.

For people who use injection drugs and share needles or other equipment, taking HIV treatment and having an undetectable viral load greatly reduces the risk of passing HIV on, but we don’t know by how much.