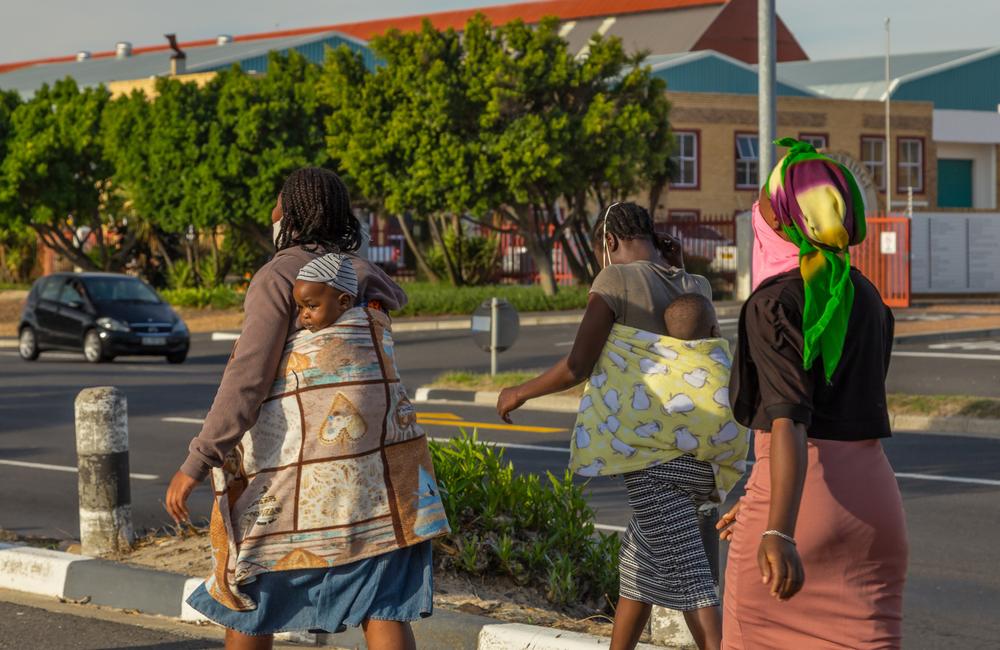 Proximity to male partners, having a mobile lifestyle and feelings about pregnancy and motherhood are some of the factors that influence continuity of PrEP use among South African women. The qualitative findings are from Dr Monique Wyatt of Harvard Global and Harvard Medical School and colleagues, who conducted a qualitative study identifying key influences of PrEP uptake and adherence among women intending to conceive.

Women are at higher risk of acquiring HIV during pregnancy and the postpartum period. In some places, male partners have more sexual relationships outside of the relationship while their female partner is pregnant or postpartum. PrEP is an effective and safe intervention for preventing HIV transmission through sex, which in turn contributes to preventing vertical transmission.

PrEP is safe to take during pregnancy and is recommended by the World Health Organization in high prevalence areas. Despite this, PrEP initiatives targeted to women during periconception, pregnancy and postpartum are still at an early phase across high prevalence areas. Adherence to oral PrEP is a particular challenge for women across Africa, where the majority of women living with HIV live.

Zivikele Ngaphambi Kokukhulelwa Study (ZINK), which translates to “Protecting Yourself Before Pregnancy”, was a mixed-methods intervention study , which included interviews with women intending to conceive in the next 12 months. The overall study was led by Dr Lynn Matthews and the qualitative part by Dr Norma Ware.

The women were aged between 18 and 35 years old. All had been in a relationship for at least six months with a male partner whose HIV status was unknown.

All women were offered a package of strategies, which included regular rapid HIV testing;  inviting partners to test for HIV  and discuss HIV status; anti-HIV drugs for partners living with HIV; treatment of STIs; and information on other safer conception methods (e.g. timing condomless sex to periods of peak fertility).

Those who started PrEP were given quarterly blood tests and Medication Event Monitoring System (MEMS) bottles to track their adherence.

Twenty-five women agreed to take part in the qualitative part of the study and were categorised as the following: high adherence (80% or more doses); low adherence (less than 80% of doses); declined PrEP.

Location and distance to partners

Generally, those who thought their risk was high thought that partners were engaging in sex outside of the relationship. The majority (84%) stated they only had one sexual partner. None were living with their partners and many reported seeing them infrequently. This influenced when they took PrEP, as some opted for a ‘stop and start’ pattern of dosing:

“What made me end up not taking pills? He was [away] doing [a training program]. I stopped because I didn’t have another partner. I stopped. When he comes back, I start again. I make sure I adhere to the pills because sometimes you can never trust a man”. PrEP user, lower adherer, age 28.

This may appear to be ‘on demand’ PrEP, but this is not recommended for cisgender women, and may highlight an informational need among women who stop and start based on their proximity to their sexual partner.

The study coincided with the COVID-19 pandemic. Just before the lockdown was announced, some women moved to their family home and forgot to take PrEP with them. Others ran out of PrEP during lockdown and were unsure how to access more:

“I was unable to get them [PrEP pills] and it was lockdown. They got finished when the lockdown had just started. After that I did not take them until today. Because I did not know I had to go to the clinic and take them. I didn’t know what to do”. PrEP user, high adherer, age 21.

While the pandemic caused adherence issues for some, the slower pace of life helped others:

“Since there has been lockdown, one was locked inside the house. One was always in the house every day. [PrEP] is always close by. It helped me a lot. One was doing everything in the house”. PrEP user, lower adherer, age 26.

For some women, being in different locations throughout the day, or travelling for longs period of time, meant they forgot to take their medication:

“There is my other home down the road. Actually, it is not my home; my sister is married but staying near my home so most of the time I am going there. Perhaps 7 o’clock I will be there and then I will be like, ‘Oh no, I am lazy to go home.’ Maybe when I get home I would take it, or I would totally forget and end up doing something else”. PrEP user, lower adherer, age 21.

All involved were offered safer conception counselling. The researchers found that male partners were key drivers for the women intending to become pregnant. The women's intentions were more varied: some had a strong desire to conceive, some were ambivalent and others changed their mind over time. Some said the counselling encouraged them to rethink becoming pregnant so soon.

For those intending to conceive or who had become pregnant (four women), some saw taking PrEP was an important part of keeping their baby safe, while others worried about the effect of medication on their unborn baby:

“In my opinion, now that a baby is conceived you only take Panado [paracetamol]. You are not allowed to take other pills. So, you...maybe you stop PrEP for a short period because you are pregnant”. PrEP user, high adherer, age 21.

However, after birth, the demands of early motherhood and general tiredness of looking after a newborn affected some women’s adherence:

“It was a challenge … I take my pills at 8:00 …Because I would make sure that I sleep when the baby is sleeping because it wakes up at night. Sometimes I would wake up [so] tired I can’t even do a thing. You would find that I end up not taking pills”. PrEP user, high adherer, age 21.

HIV prevention was the main reason for PrEP use, however those who declined were worried about side effects and the impact on unborn children. Some doubted their ability to adhere so thought it better not to start.

PrEP-related stigma was a worry for some women. While some worried that people would think they were HIV positive, others were concerned about the impact taking PrEP would have on their relationships:

“I didn’t tell him about the pills. I was hesitant because he will say, ‘Why are you preventing HIV? Are you cheating now because we don’t have HIV so why are you taking pills?’ So, I decided to keep quiet. I am going to tell him. But for now, I haven’t told him about it” -  PrEP user, lower adherer, age 21

Others had living arrangements that did not allow them to take PrEP discreetly:

“Last year I was keeping them at my friend’s, since I wouldn’t be able to hide them at home because it’s crowded at home, you see. So, I would even be unable to take them properly” - PrEP user, lower adherer, age 21

Telling others about PrEP Use

While some hid that they were taking PrEP, others chose to share it with their loved ones, including their partners. This helped adherence:

“He [partner] reminds me about time. He would make it a joke, but not every day. He would say, ‘You take pills. You haven’t taken them today.’ I would say, ‘You know, you’ve just reminded me. Let me go and take them’”. PrEP user, high adherer, age 19.

“My mother used to help me with pills sometimes.She would sometimes remind me even when I am not home, she would call and say, ‘Hey it’s time.’ You see, she’s the one who has been motivating me to drink them [PrEP]”. PrEP user, high adherer, age 21.

Clearer messaging may be needed to emphasise the PrEP use is safe during pregnancy. The ‘stop start use’ of PrEP among this cohort signals a need to have further conversations about using PrEP intermittently and ensuring cisgender women know the possible limitations of this method. The authors recognise that intermittent oral PrEP strategies may be a “good fit for women in monogamous relationships that include regular extended separations from partners”.

Update: The headline and article were amended on 7 September 2022 so as not to describe the women's use of PrEP as "on demand", which is a specific dosing strategy that has only been shown to be effective for cisgender men who have sex with men.