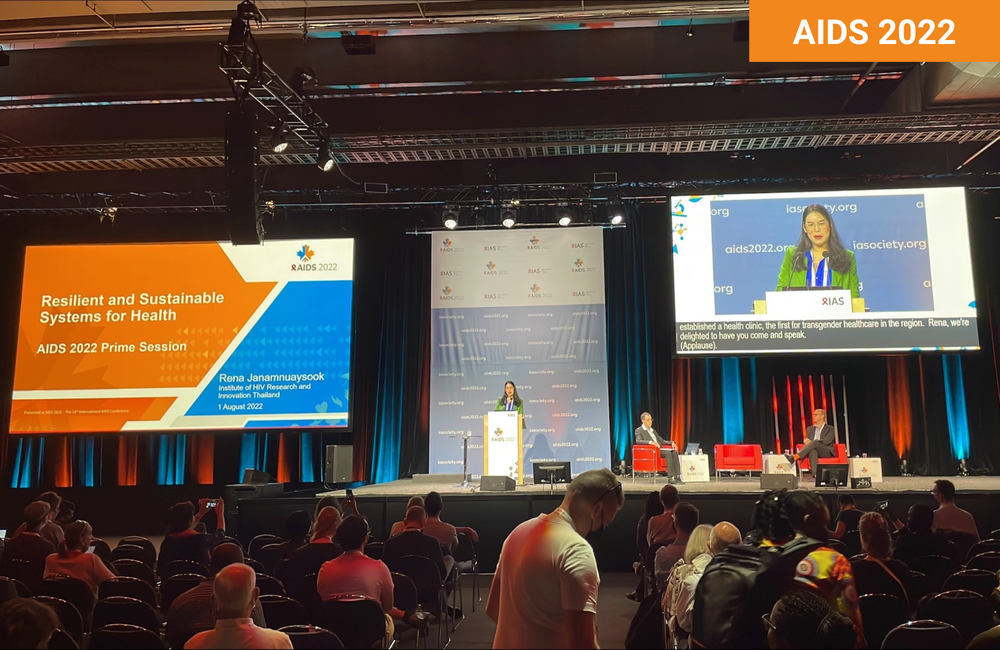 Key population-led services are now supporting 82% of HIV pre-exposure prophylaxis (PrEP)  users in Thailand — just three years after the country legalised key provider-led PrEP. The number of PrEP users from key population-led programmes has nearly doubled since the country moved to provide the services free of charge as part of its universal healthcare.

Key populations are groups of people who are disproportionately affected by HIV, for example in Thailand, men who have sex with men and transgender women. Key population-led programmes fill gaps in traditional HV programming around accessibility, availability, acceptability and quality, according to the Bangkok-based Institute of HIV Research and Innovation (IHRI). Because services like these are co-created with key populations, projects are located in areas with high need and offer stigma-free, comprehensive services.

Using lay providers trained according to national standards, key population-led programmes are also more likely to offer comprehensive, gender-sensitive services free of stigma and discrimination that can accompany care in more traditional settings, according to Rena Janamnuaysook of IHRI.

"Key population-led services are identified by key populations themselves and therefore are needs-based and demand-driven and client centred,” she explained at the 24th International AIDS Conference (AIDS 2022) in Montreal.

She added that some community-run projects also operate outside of traditional working hours to ensure services are convenient for key populations such as sex workers who work at night.

Thailand became the first country in the world to pilot same-day PrEP through key-population led services in 2016 and, a year later, these projects integrated gender-affirming care. The services relied on funding from PEPFAR, the Global Fund and other donors.

Still, key population-led services were not eligible for direct reimbursement for services under Thailand’s Universal Coverage Scheme until 2021. This is an insurance programme providing free access to a comprehensive health benefits package for all Thai citizens. It is funded through taxation by the National Health Security Office.

As of late July, 82% of Thailand's nearly 32,000 current PrEP users entered care via key population-led programmes. The number of PrEP users in the country nearly doubled since the introduction of key-population-led services in 2019. Community-based PrEP services now make up the majority of National Health Security Office-funded PrEP users as well, according to data presented by Janamnuaysook.

Still, Thailand had only achieved about ten percent of its 2021 PrEP target, according to the Ministry of Public Health’s Dr Cheewanan Lertpiriyasuwat.

For instance, even though staff at 276 hospitals across the country had been trained to provide PrEP, 40% of these sites had been unable to implement PrEP by June 2022, she said. Ministry of Public Health officials continue to coach staff and conduct monitoring and evaluation through a centralised national PrEP database, PrEPThai.net. Meanwhile, she said, the country is working to scale-up best practice models of key population-led PrEP.

Thailand now aims to have at least one PrEP-providing clinic in each of the country's 76 provinces by 2025, Lertpiriyasuwat said. The country also plans to expand access to differentiated PrEP models via recently developed guidelines that allow for online appointment bookings, telemedicine consultations and event-based PrEP.

“To build a sustainable PrEP programme in Thailand we had to build the necessary foundation through evidence-based policy advocacy, guideline development, a commitment to government financing for PrEP, robust monitoring and evaluation systems, and continual capacity building,” she said. “Thailand will still need to address challenges to uptake, accelerating implementation of PrEP services at community-based organisations and government sites.”

Can other countries make the same shift?

Recently, UNAIDS praised Thailand’s shift to nationally and sustainably funded community-led services as a milestone in the country’s HIV response. The model, Janamnuaysook says, can also be applied to new PrEP advances — such as injectable cabotegravir ­— and other health issues.

Still, many countries do not have the regulations and domestic financing mechanisms to make a similar shift, Janamnuaysook cautioned. She cited UNAIDS data showing that although 134 countries allow community-based organisations to provide HIV services, almost half as many lack social contracting or other mechanisms to allow countries to directly fund community-led services.

“We need to shift the paradigm from community engagement to community leadership in the HIV response: Key populations cannot only be service recipients,” Janamnuaysook said. “[But] domestic financing and enabling legal environment must be made available to sustain the community-led responses to HIV.”