“Telling lies every day”: secrecy as a means of resisting stigma and asserting identity 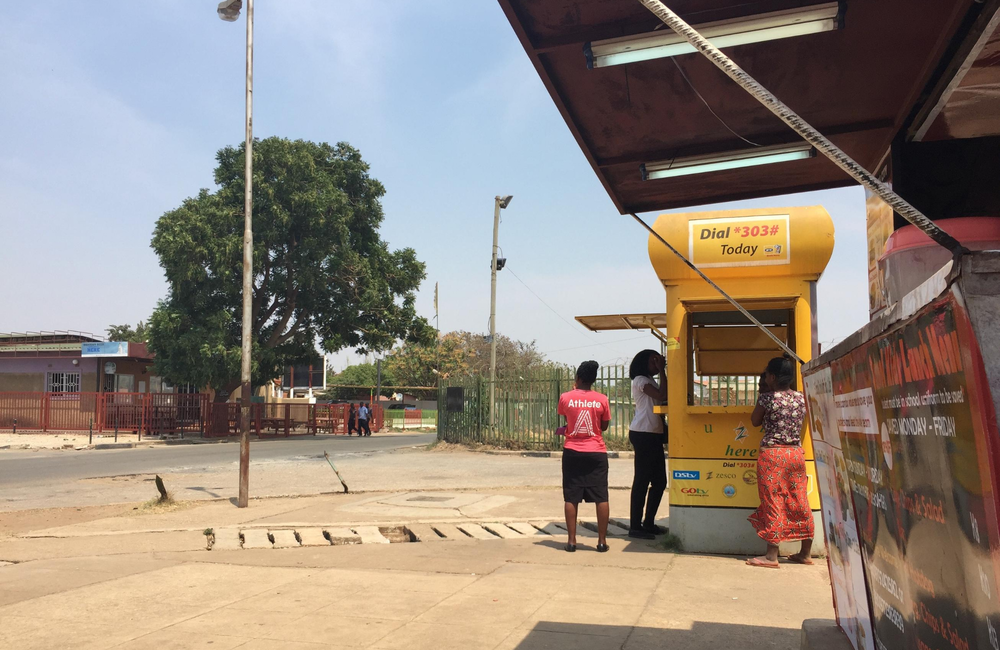 Young women living with HIV in Zambia find multiple ways of keeping their HIV status secret, including hiding their medication and using veiled language to discuss HIV. These strategies are used as a way of resisting stigma and maintaining identities separate from HIV, but can lead to feelings of guilt and anxiety.

These are findings from ethnographic research conducted by Dr Constance Mackworth-Young and colleagues at the London School of Hygiene and Tropical Medicine and published in Medical Anthropology.

Zambia has a high prevalence of HIV, with an estimated 65,000 young people aged 15-24 living with HIV. Persistent HIV-related stigma remains a challenge and disclosure tends to evoke anxiety due to potential negative social consequences. Disclosure of HIV status by young people living with HIV may be discouraged by family members in efforts to avoid social stigma and discrimination.

While public health advice often encourages disclosure of HIV status in order to prevent onward transmission of HIV and as a means of challenging societal stigma, there is limited research on how secrecy can be used as a way of controlling the flow of information, protecting against stigma and asserting an identity separate from HIV.

Mackworth-Young conducted participant observation for 12 months with seven young women living with HIV (aged 17-19) in Lusaka from 2017-2018. This included spending blocks of time with each participant once or twice per month in a range of settings, including home, recreation, college and clinic visits. At the beginning and end of the research, participatory workshops were held with all participants where they had a chance to reflect on the research and its findings.

All participants were from a middle-income background, spoke English, were on antiretroviral therapy (ART), had completed secondary school and identified as Christian. Apart from one participant who contracted HIV as a result of sexual abuse, all the others had been living with HIV since birth, and all were either single or double orphans.

The following themes emerged related to HIV disclosure and secrecy.

All the participants expressed challenges related to disclosing their HIV status to romantic partners. They were anxious about whether, when and how to disclose their status and if it would result in rejection. Additionally, there were concerns about how to navigate sex in the context of their HIV. In most instances, the young women preferred waiting until they felt the relationship was ‘serious enough’ – such as dating exclusively – before they would share their status. There were fears that a partner would change his mind at a later stage, despite initial acceptance.

“Maybe he’ll accept it for a while, but one day, he might just think differently about it, and realise that he doesn’t want to be with me because of that thing. And then it makes me think whether anyone would want to marry me.” – Mary

Most participants had also experienced unintentional disclosure, often with devastating social consequences. Apart from experiencing rejection and gossip, this type of disclosure also signified a loss of control regarding how and when they wanted to share their status. In some instances, this had a negative impact upon how the young women viewed themselves, affecting their identity as friends, students, or potential girlfriends.

“I really hated it that these people found out about me without my choice. We are always learning in workshops that you have to think about how to disclose: who, when, where, why, how. Now I really hope I don’t see these people ever, because of discrimination and all that. He made me feel like I was trash.” – Rhoda

All participants in the study were taking ART. Participants recognised the importance of medication in keeping them looking healthy, reducing any suspicions based on signs such as weight loss.

However, they simultaneously acknowledged that their ART could also easily give away their HIV status if it was discovered. The young women would go to great lengths to conceal their medication and described challenges in finding appropriate hiding places, transporting it from the clinic and disguising it. They used veiled terms to describe their ART with people who knew their HIV status, such as ‘chocolate’, ‘toffee’, ‘beans’, ‘snacks’ and ‘daily manna’.

When one participant’s ART was discovered by a sister-in-law, she had to go so far as to invent a story saying that she had been given the medication to teach others about HIV and ART in support groups she was facilitating. Secrecy in this regard often helped the young women resist stigma socially by limiting what others knew about them.

Participants stated that they “tell lies every day” in order to maintain their cover regarding their HIV status. These lies were related to varied aspects of their lives, such as how their parents died as well as their day-to-day activities pertaining to HIV management. This would often tend to compound, with participants having to tell further lies.

“(My friend) kept on calling when I was at the clinic, asking where I was. So, I just had to say that I was in town doing a few things. But then she wanted to join me in town, so I had to lie again.” – Mavis

While the young women expressed that this impacted them, it was also something that they had become used to. Additionally, telling stories became a way of maintaining relationships and identities beyond HIV.

“We are both honestly okay with having to lie/cover up about our status because people have different understandings about HIV, so we lie to protect our social life and also to avoid stigmatisation.” – Mavis and Mary.

However, some participants also expressed anxiety regarding this secrecy. In particular, they were afraid of what would happen if their status was discovered by family, friends or partners. There was an acknowledgement that lies are often discovered.

“The bad part is that I can’t tell (my best friend). But I don’t like it because there’s no lie that can stay hidden forever. One day she is going to find out, the way she always borrows my clothes and goes through my stuff. I’m sure she’s going to find out.” – Mavis

There were also concerns regarding the moral implications of lying. Participants viewed it through this lens of their religious faith.

“I still feel bad about lying to that woman. I always feel bad when I lie. It makes me feel so guilty inside. May God forgive me.” – Rhoda

Secrecy allowed the young women a degree of control over who knew about their HIV and therefore gave them some agency. However, this agency was limited as a result of the guilt and anxiety they subsequently experienced. While silence and secrecy were used as ways of resisting the stigma that accompanies HIV, these strategies were not able to eradicate stigma.

Participants who were able to disclose their status, and who encountered supportive responses, expressed how beneficial this was and emphasised the importance of empathic networks.

“This is the most important bit, having friends who support you and accept you for you who are.” – Mary

“It’s so nice to be with someone who knows. I don’t know how to describe it; it’s just so peaceful. She just understands; I don’t need to explain or tell stories.” – Mavis

“Despite the accompanying guilt and anxiety for some, secrecy and silence were seen as necessary to avoid the potentially traumatic consequences of unintentional disclosure,” conclude the authors. “They can be used as active strategies to protect one’s identity in a context of a stigmatized disease and limited private space.”

While there is an assumption that disclosure will lead to condom use, research does not always back this up, and disclosure may put young women in dangerous situations. In the context of Undetectable = Untransmittable (U=U), the researchers add that “assumptions that disclosure to sexual partners is universally constructive are questionable. This is certainly the case for this group of middle-income young women, who have access to high standards of care, including routine viral load testing.”