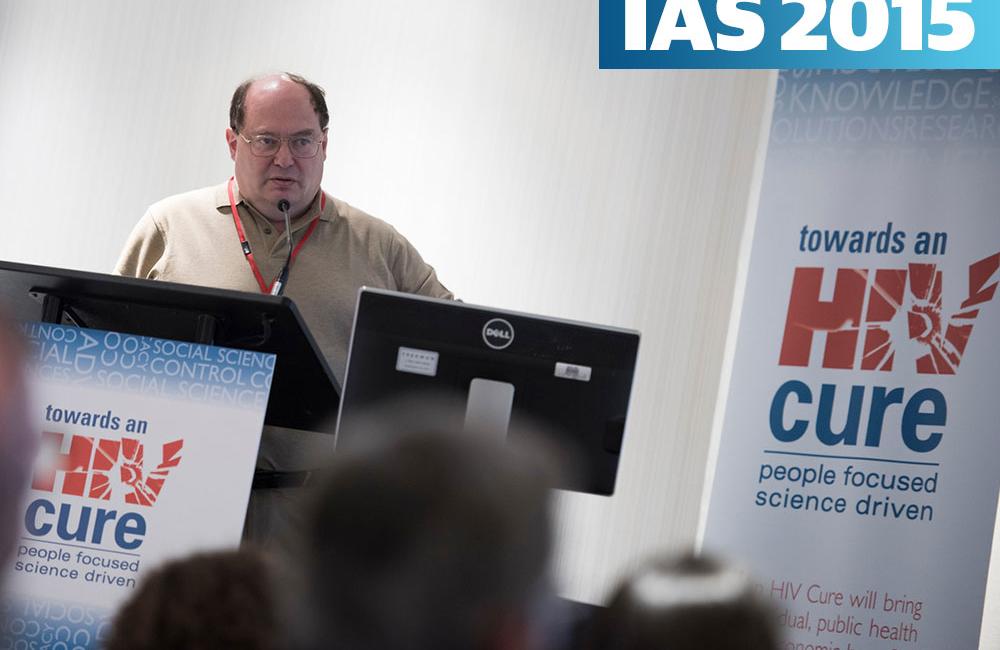 Oestrogen receptors on cells may play a role in HIV latency and reactivation, and drugs targeting these receptors could potentially be used to either promote reactivation of integrated viral genes or keep them silent, according to research presented at the Eighth International AIDS Society Conference on HIV Pathogenesis, Treatment and Prevention and at the preceding IAS Towards an HIV Cure Symposium in July in Vancouver.

HIV integrates its genetic material (known as a provirus) into CD4 T-cells and other human host cells, where it can lie dormant for decades. This 'reservoir' of latently infected resting cells makes HIV very difficult to cure: while antiretroviral therapy (ART) can keep the virus under control long-term, even a small number of remaining infected cells can rekindle viral replication if treatment is stopped.

Researchers have explored a wide variety of strategies for curing HIV, which most experts now expect will look more like long-term remission rather than complete eradication of the virus. Some of these approaches involve preventing HIV from establishing latency in the first place or maintaining permanent latency, while others involve reversing latency or reactivating reservoir cells to flush out the virus and make it susceptible to the immune system or antiretroviral drugs.

This research was motivated by screening a library of short hairpin RNA sequences – artificial RNA molecules that can be used to turn off or silence gene expression – looking for those that appear to play a role in maintaining HIV latency or promoting HIV transcription.

One of the most promising "hits" was the oestrogen receptor ESR-1, which led investigators to assess how ESR-1 antagonists such as tamoxifen and agonists such as diethylstilbestrol affect HIV latency and reservoirs in a laboratory study.

They found that ESR-1 antagonists such as the breast cancer drugs tamoxifen and fulvestrant weakly enhanced provirus reactivation when used by themselves. These agents also sensitized latently infected cells to respond to lower doses of known provirus activators including the HDAC inhibitor vorinostat. Gossypol, a cotton plant compound that blocks the ESR-1 modulator SRC-3, also induced latent provirus expression.

When resting T-cells obtained from HIV-positive people on suppressive ART were treated with tamoxifen or fulvestrant alone, there was a modest increase in HIV expression. Adding vorinostat to these ESR-1 antagonists synergistically increased provirus reactivation.

"ESR antagonists are well established drugs and can be considered as components of clinical studies aimed at inducing proviral reactivation," the researchers concluded.

"Oestradiol at peak menstrual cycle levels is a potent inhibitor of viral reactivation, suggesting important differences between men and women for viral replication and reservoir sizes," they continued. "The design of regimens for proviral reactivation needs to account for oestrogen, and perhaps other hormones, as confounding factors affecting potency."

These findings may help explain some gender-related differences observed to date, such as those from a French study published in the August 24 edition of AIDS which showed that intracellular HIV DNA levels – a measure of the viral reservoir – are significantly lower in women compared to men on long-term suppressive ART.

A study sponsored by amfAR is looking at gender-specific differences in HIV reservoir size, viral reactivation and residual inflammation between men and women with full viral suppression on ART, which will inform inclusion of women in studies of HIV cure and eradication strategies.

The findings, published in Nature, suggest that the antibody treatment could be used in combination with long-acting antiretrovirals, or alone after such medications have sufficiently brought down viral levels.
The Rockerfeller University
22 Apr 22
The search for a cure