New NNRTI MK-1439 interacts with ritonavir but not tenofovir 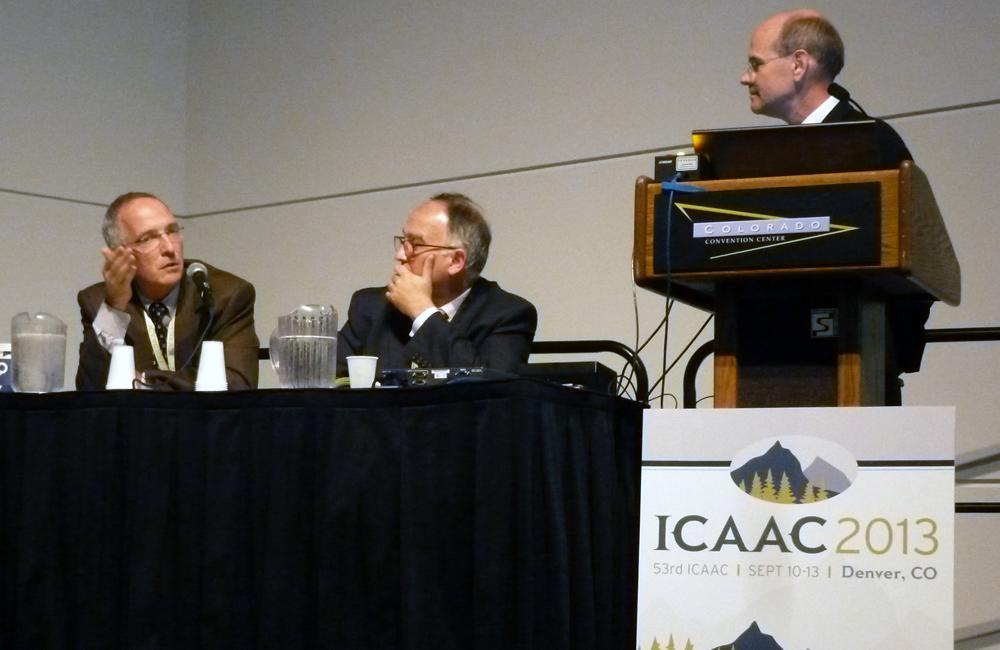 In studies to date, MK-1439 has shown good antiviral potency, safety and tolerability. MK-1439 works well against NNRTI-resistant viruses with the K103N, Y181C and G190A mutations. At this year's Conference on Retroviruses and Opportunistic Infections (CROI 2013), Anderson reported that MK-1439 demonstrated robust activity and good tolerability as monotherapy in a small phase 1b trial and had minimal central nervous system (CNS) toxicity – a common concern with efavirenz.

MK-1439 is primarily metabolised by oxidation via the CYP3A4 enzyme in the liver, which may lead to interactions with other drugs processed by the same pathway. Early pharmacokinetic studies suggested MK-1439 did not inhibit or significantly induce drug-metabolising CYP enzymes, and it did not meaningfully alter midazolam levels.

Ritonavir is both a strong inhibitor and an inducer of CYP3A4. Tenofovir has more "idiosyncratic interaction potential" that does not follow a consistent pattern, the researchers noted as background.

Merck investigators performed two open-label, fixed-sequence studies – one for ritonavir, one for tenofovir – each enrolling eight healthy HIV-negative volunteers. All were men and ages ranged from 21 to 50 years.

Blood samples were collected before and after dosing during each period. Researchers measured pharmacokinetic parameters including overall plasma concentration (area under the curve, or AUC), 24-hour minimum or trough concentration (C24hr), maximum concentration (Cmax), time to reach maximum concentration (Tmax) and half-life, or time needed to eliminate half the drug. They also evaluated adverse events, vital signs, electrocardiograms (ECGs) and laboratory safety values.

All participants in the ritonavir study and all but one in the tenofovir study completed the trials. That individual stopped due to diverticulitis, which was considered not related to the study drug.

No serious adverse events or CNS side-effects were seen in either study. Most participants reported mild to moderate adverse events of limited duration (eight in the ritonavir study, four in the tenofovir study), a majority of which were deemed possibly drug-related. No significant effects on vital signs, ECGs or laboratory safety measurements were observed.

Co-administration with ritonavir approximately tripled overall AUC and trough concentrations of MK-1439, although the maximum concentration only rose by about 30% (geometric mean ratios 3.54, 2.91 and 1.31, respectively). Time to reach Cmax increased from 3.5 to 5.0 hours, whilst the apparent half-life more than doubled, from 13.9 to 34.9 hours.

These findings "[suggest] that ritonavir has a limited effect on MK-1439 bioavailability and absorption, but a significant effect on MK-1439 elimination, due to inhibition of CYP3A4," the researchers concluded.

"Co-administration with MK-1439 has no clinically meaningful effect on the pharmacokinetics of MK-1439," according to the researchers.

Responding to audience questions, Anderson indicated that the clinical dose of MK-1439 has not yet been decided. He added that it is not yet clear whether dose adjustment will be required when using MK-1439 with ritonavir or cobicistat. "We need to know the clinical bounds of meaningful change – not just pharmacokinetics – which will come from clinical trials," he said.