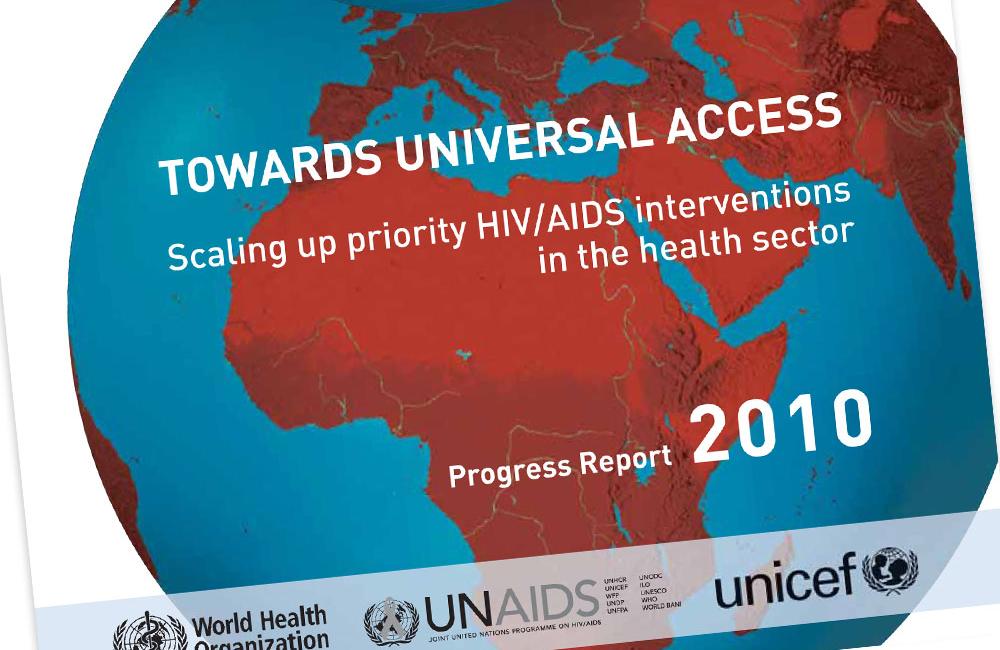 The global target of universal access to HIV treatment by 2010 has not been met, United Nations agencies reported today, but more than half of the people in most urgent need of treatment were already receiving it by the end of 2009.

Over 1.2 million started treatment in 2009, the largest increase in a single year since antiretroviral drugs became available in low and middle-income countries in the early 2000s. Just over 1 million of those starting treatment lived in sub-Saharan Africa.

The 2010 progress report Towards Universal Access was released today by three UN agencies, the World Health Organization, UNAIDS and UNICEF, with a warning that new WHO treatment guidelines mean that only one-third of people in need of treatment are currently getting it.

The gap between the numbers treated and the target has widened because of a change in WHO treatment recommendations to endorse earlier treatment.

In 2010 WHO recommended that the threshold for starting antiretroviral treatment should rise from 200 cells to 350 cells/mm3.

The impact of the 2010 revision of WHO treatment guidelines has been to boost the number of people in need of HIV treatment from 10.1 million to 14.6 million. Of these, 10.6 million live in sub-Saharan Africa.

According to the definitions used in the previous WHO guidelines 52% of people in need of treatment were receiving it by the end of 2009, at a time when these guidelines were still the model for all but 29 countries worldwide.

Under the new eligibility criteria, coverage is estimated at around 36%. Coverage is lowest in Eastern Europe and Central Asia (19%)  and North Africa and the Middle East (11%) and highest in Latin America (51%).

Two-thirds of countries had introduced policies supporting provider-initiated testing and counselling by the end of 2009, and 67 million people took an HIV test in 2009. The numbers of tests performed is estimated to have grown by 22% in 2009.

However, population-based surveys in ten African countries show that only 40% of people with HIV know their HIV status.

Women were more likely to know their HIV status than men. In eastern and southern Africa half of all pregnant women received an HIV test in 2009, compared with 26% worldwide.

Thirty-five per cent of infants born to mothers with HIV received antiretroviral prophylaxis in 2009, but only 15% of infants received an HIV test within two months of delivery, underlining major deficiencies in infant HIV diagnosis and treatment. WHO now recommends that children infected with HIV should begin treatment in the first year of life.

You can download the full report or the executive summary from www.who.int/hiv/pub/2010progressreport/report/en/index.html.

What is happening to Persons Living With HIV as the pandemic continues to ravage the Philipines?

Community-Based Organizations Step Up to Confront HIV in Southern States

Four decades after the first cases of AIDS were reported, new data from UNAIDS show that dozens of countries achieved or exceed the 2020 targets set by the United Nations General Assembly in 2016—evidence that the targets were not just aspirational but achievable.
UNAIDS
3 Jun 21
Epidemiology

US: Hopeful signs of progress in HIV prevention, but gains remain uneven

New CDC data show new HIV infections fell 8% from 2015 to 2019, after a period of general stability in new infections in the U.S. Much of this progress was due to larger declines among young gay and bisexual men in recent years.
Centers for Disease Control and Prevention
28 May 21
More editors' picks