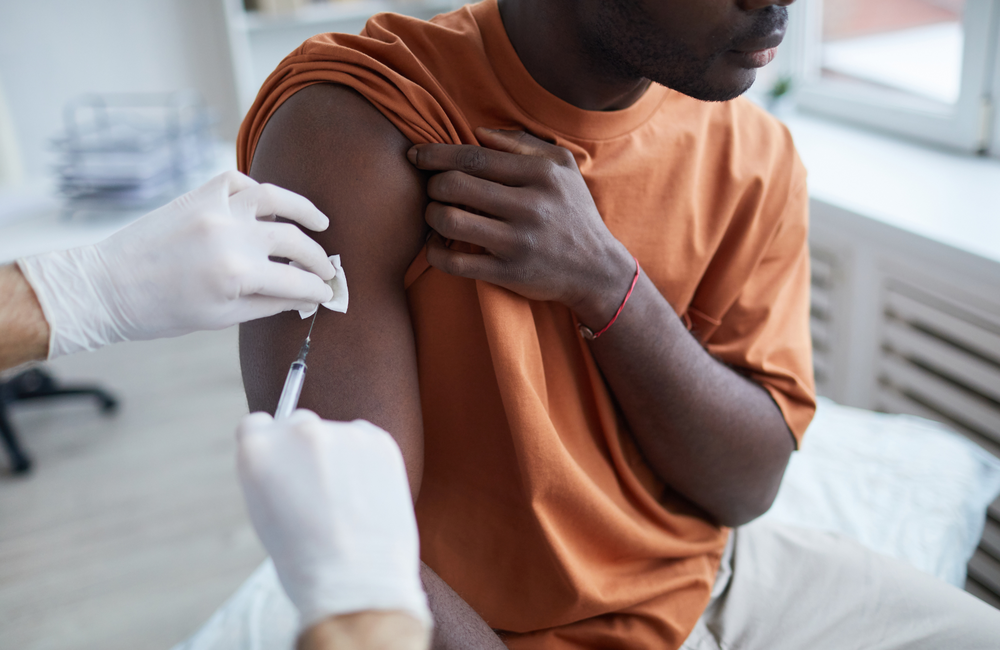 Two studies published this month provide reassurance that people with HIV who are vaccinated against COVID-19 have a low risk of serious illness or death, and both studies show that a third dose of SARS-CoV-2 vaccine provided even greater protection.

The findings come from two large cohort studies. The Corona-Infectious-Virus Epidemiology Team (CIVET-II) study looked at post-vaccination COVID-19 outcomes in people with HIV in the United States who were fully vaccinated by 30 June 2021. A Danish national cohort study of people with HIV looked at COVID-19-related outcomes in everyone living with HIV, including data during the Omicron wave earlier this year.

The studies provide evidence on the risk of severe COVID-19 or death after vaccination, including the impact of a third vaccine dose, in people with HIV.

Public health agencies in the United States and Europe have recommended that some people with HIV should receive a third vaccine dose as part of their primary course of vaccination. A third dose may be needed by people who don’t have strong responses to a two-dose vaccine course.

People with low CD4 counts (below 200), a current AIDS-related illness or a detectable viral load should receive a third vaccine dose in the United Kingdom.

Booster doses, given at least three months after the primary course of vaccination, have been recommended for all people with HIV by the British HIV Association.

Severe COVID-19 after vaccination in the United States, 2021

The US study looked for cases of severe COVID-19, described as ‘breakthrough illness’, after full vaccination against COVID-19 in 33,029 people with HIV and 80,965 people without HIV matched by age, sex, race and ethnicity. ‘Full vaccination’ was defined as two doses of the Pfizer or Moderna vaccines, or one dose of Johnson & Johnson. The study combined data from four cohorts.

People with CD4 counts below 350 were also at higher risk of needing mechanical ventilation and death after hospitalisation, although the absolute numbers were small.

Based on their findings, the CIVET study investigators say that the recommendation for an extra vaccine dose for people with HIV with immunosuppression should be extended to people with CD4 counts in the 200-350 range.

Danish researchers used their national HIV cohort data to assess the impact of vaccination on SARS-CoV-2 infection, hospitalisation and death in people with HIV and a control group of people without HIV. They were able to capture the impact of a booster (a third dose, offered to everyone in Denmark) up to the end of April 2022, so providing information on the effect of vaccination during the Omicron variant wave that affected Europe from December 2021.

The study included 5,246 people with HIV and a control group of 42,208 people without HIV, matched by age and sex. Participants were predominantly male (70%) and middle-aged (median age 51 years). People with HIV were somewhat more likely to have serious co-morbidities, such as a history of heart attack or other cardiovascular disease, severe kidney disease or diabetes, or a current cancer, than the general population, although only 7% of people with HIV were classified as having high comorbidity scores.

A large proportion of people with HIV in this cohort had a previous history of a low CD4 count (45%) but only 4% had a current CD4 count below 200.

From the beginning of the pandemic, people with HIV had a 20% lower risk of testing positive for SARS-CoV-2 compared to the general population but a 30% higher risk of a second positive test. When they plotted the time of infection, the researchers observed that the increased risk of a first and second positive test in people with HIV emerged only during the Omicron wave of 2022.

The study population had a high level of vaccine coverage. Ninety-one percent of people with HIV and 91% of the general population control group had received two vaccine doses by May 2022. Eighty-eight percent of both groups had received three doses.

The authors believe this is the first study to use comprehensive national data from the beginning of the COVID-19 pandemic to compare outcomes between people living with HIV and the general population.

Lang R et al. Analysis of severe illness after postvaccination COVID-19 breakthrough among adults with and without HIV in the US. JAMA Network Open, 5(10):e2236397, published online 13 October 2022.